Editor’s Pick: Blaze on Stern Saying ‘Who the Hell’s Gonna Pay for CNN+?’ 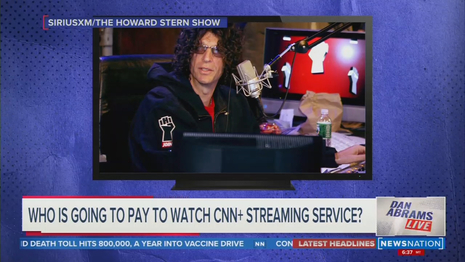 Nitzeberg highlighted: “During his program, Stern said that ‘people don’t want CNN, who the hell’s gonna pay for CNN+? I mean are they outta their minds?’” The article continued: “‘Good luck bein’ seen on that thing,’ Stern said, noting that he likes Wallace, but will not be spending money on ‘a monthly service fee.’”

Read the full article on The Blaze.