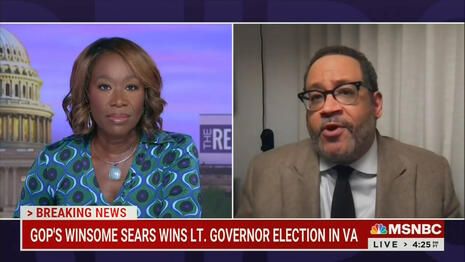 Dyson ranted: “The problem is here they want, they want white supremacy by ventriloquist effect. There is a black mouth moving, but a white idea...to have a black face, speaking in behalf of a white supremacist legacy...” As The Daily Wire noted, numerous commentators across the political spectrum lined up to condemn the left-wing cable channel.

Read the full article on The Daily Wire.