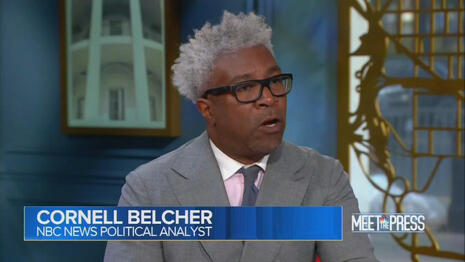 On Monday, the Media Research Center’s CNSNews.com reported on Democratic pollster Cornell Belcher appearing on NBC’s Meet the Press on Sunday to sound the alarm about the upcoming Virginia’s governor’s race and predicted “that if former Virginia Gov. Terry McAuliffe, (D) loses the governor’s race to Republican Youngkin, it will be ‘catastrophic’ for Democrats, because the last time a Democrat lost Virginia, they lose 60 seats in the U.S. House of Representatives.”