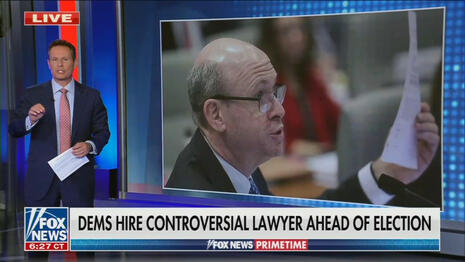 On Monday, The Daily Signal’s Fred Lucas provided an important fact sheet on controversial Democrat lawyer Marc Elias being hired by Terry McAuliffe’s campaign ahead of the hotly contested Virginia governor’s race. As Lucas puts it: “Elias has in some ways been the Democrats’ Forrest Gump of election controversies, showing up in the most high profile election cases of the past two decades.”

The Daily Signal article notes how the McAuliffe campaign has been desperately trying to silence any media coverage of them hiring Elias: “The lawyer’s reputation may have been the reason a spokesperson for Virginia gubernatorial candidate Terry McAuliffe suggested the campaign ‘try to kill’ a Fox News story that the campaign paid $53,000 to hire Elias, said Hans von Spakovsky, a senior legal fellow at The Heritage Foundation.”

Read the full article on The Daily Signal.