Starting off her ridiculous puff piece about Harris in the 7:30 a.m. ET half hour, Welker proclaimed: “As Joe Biden’s newly minted running mate, Senator Kamala Harris has already made history, becoming the first black woman to appear on a major party presidential ticket. The 55-year-old California native is the daughter of immigrants, a Jamaican father and an Indian mother, both academics who met at Berkeley during the civil rights movement.”

With the laughable headline on screen asking “Who is Kamala Harris?,” Welker shamelessly deceived about the Democratic VP pick’s radicalism: “Harris had a rapid ascent in California’s legal circles, rising from county prosecutor to San Francisco District Attorney, to California Attorney General, cultivating a moderate political reputation and inviting criticism from some liberals that she was insufficiently progressive on criminal justice issues.”

Putting aside the New York Times fantasy that Harris is some kind of “pragmatic moderate,” in the real world, the failed presidential candidate has voiced support for just about every far-left idea under the sun, as NewsBusters’ Nicholas Fondacaro detailed in the latest edition of Facts Feared by Leftist Media.

Earlier on the broadcast, co-host Savannah Guthrie fretted that “Republicans have seemed to settle already on one line of attack, that’s that she is far left, radical left” and invited fellow Biden VP short lister Susan Rice to knock it down.

In her fawning joke of a “news” report, Welker also touted Harris’s nasty questioning of then-Supreme Court nominee Brett Kavanaugh during the 2018 Senate hearings as if it were a qualification for being vice president of the United States: “Harris has been one of President Trump’s fiercest critics in the Senate, including when she memorably grilled his then-Supreme Court nominee and eventual Justice Brett Kavanaugh.”

Wrapping up the segment, the sycophantic reporter asserted that Harris “knows what she’s fighting for.”

NBC and most of leftist media enjoy living in delusional world built on DNC talking points where no Democratic politician can ever be too far left and all Republicans are somewhere to the right of Attila the Hun.

This Biden-Harris propaganda was brought to viewers by Old Navy and Jeep. You can fight back by letting these advertisers know what you think of them sponsoring such content.

Here is a full transcript of the August 12 segment:

CRAIG MELVIN: We are back, 7:45 on this Wednesday morning, with Decision 2020. This morning, an in-depth look at the historic selection of Kamala Harris as Joe Biden’s running mate, Savannah.

SAVANNAH GUTHRIE: That is right. She’s the first woman of color ever on a major party ticket but that only tells part of her story. So we asked NBC's Kristen Welker to take a closer look. Hi, Kristen, good morning.

KRISTEN WELKER: Savannah and Craig, good morning to both of you. Senator Kamala Harris is no stranger to breaking barriers. She was the first black woman to be elected to district attorney in California, the first woman to become California’s attorney general, and now the first black woman and first Indian American to be picked as a vice presidential candidate. Harris has made it clear she does not forget her roots and what has shaped her road to public life.

[ON-SCREEN HEADLINE: Who Is Kamala Harris?; Look at Life and Career as Former Female Candidates Weigh In]

As Joe Biden’s newly minted running mate, Senator Kamala Harris has already made history, becoming the first black woman to appear on a major party presidential ticket. The 55-year-old California native is the daughter of immigrants, a Jamaican father and an Indian mother, both academics who met at Berkeley during the civil rights movement.

SEN. KAMALA HARRIS [D-CA]: With the fighting spirit I got from my mother – [cheers and applause]

WELKER: While her parents divorced when she was seven, Harris has described her mother, who died in 2009, as the most important influence in her life. Often quoting her on the campaign trail.

HARRIS: My mother used to say, “Don’t sit around and complain about things, do something.”

WELKER: In her autobiography, Harris writes that her mother encouraged her and her younger sister, Maya, to embrace their biracial heritage, adding, “She was determined to make sure we would grow into confident, proud, black women.” Maya Harris paying tribute to her sister, tweeting Tuesday, “That day when a little girl from Oaktown became the first black woman to be a major party vice presidential nominee, so incredibly proud of you, sis!”

Harris had a rapid ascent in California’s legal circles, rising from county prosecutor to San Francisco District Attorney, to California Attorney General, cultivating a moderate political reputation and inviting criticism from some liberals that she was insufficiently progressive on criminal justice issues.

Harris has been one of President Trump’s fiercest critics in the Senate, including when she memorably grilled his then-Supreme Court nominee and eventual Justice Brett Kavanaugh.

BRETT KAVANAUGH: I did not. I plan to, I plan to.

KAVANAUGH: I plan to, but I did not. I was preparing mine.

DONALD TRUMP: It was just a horrible thing the way she was, the way she treated now Justice Kavanaugh, and I won’t forget that soon.

WELKER: Harris now just the third woman in U.S. history to serve as vice presidential candidate on a major party ticket, is getting some advice from one of her predecessors the late John McCain’s former running mate Sarah Palin, who urged her to “out of the chute, trust no one new, fight mightily to keep your own team with you, don’t get muzzled, and don’t forget the women who came before you.”

Harris addressing students at the historically black Spellman College in 2018, says she knows what she’s fighting for.

HARRIS: Breaking a barrier may sometimes be painful but it is so worth it. It is so worth it, and I’ll tell you, the reason is because you will be fighting a fight worth having.

WELKER: Now, Senator Harris was asked about how she sees herself during the presidential primary and she said during one interview, “I’m black and I’m proud of being black. I was born black, I will die black.” Harris attended the historically black college Howard University, here in Washington, D.C., and wrote in her memoir that every single student was taught, quote, “We could be anything.” Savannah and Craig?

MELVIN: Alright, Kristen Welker from the White House for us. Kristen, thank you. 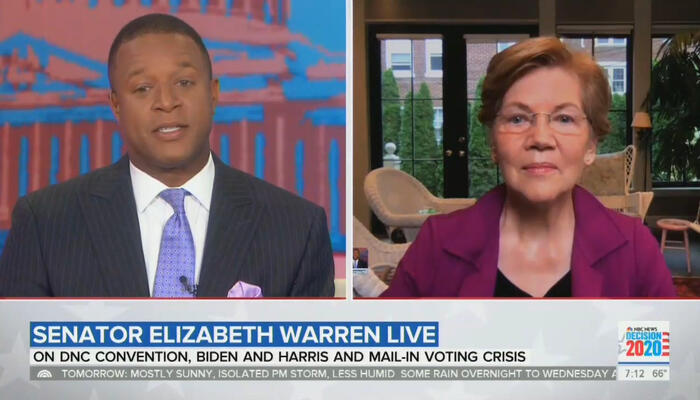 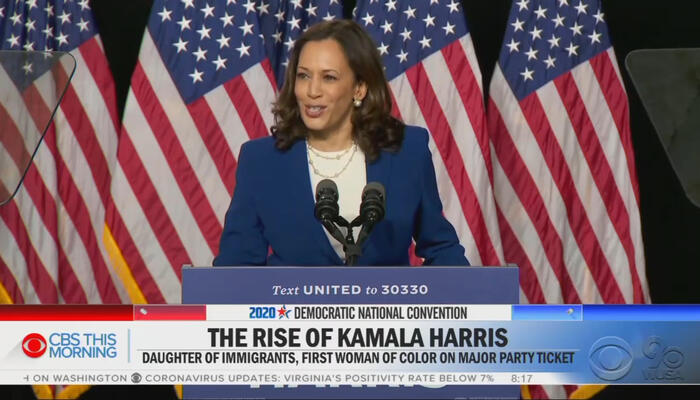 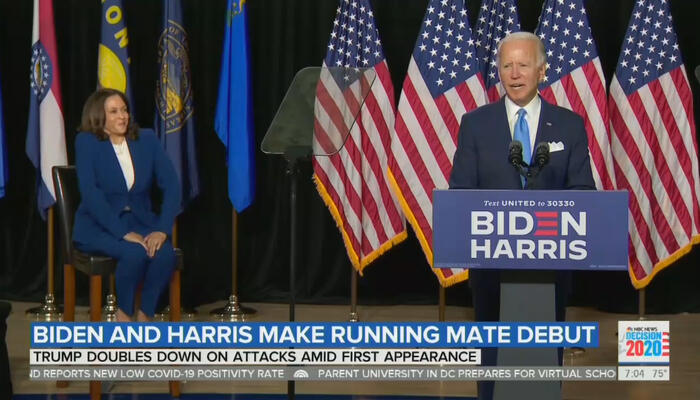 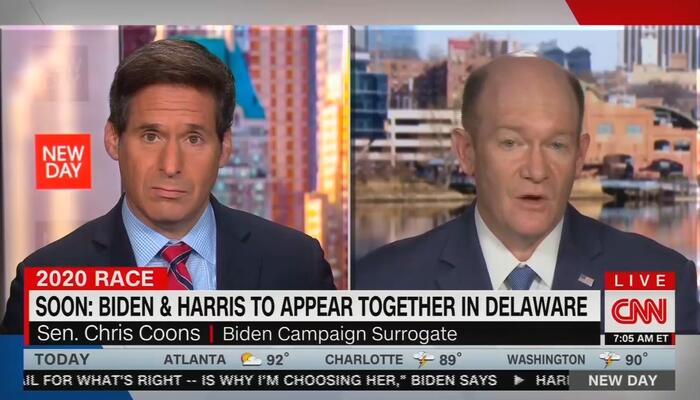