Media Despair Over McCabe ‘Losing His Pension’...He’s Not 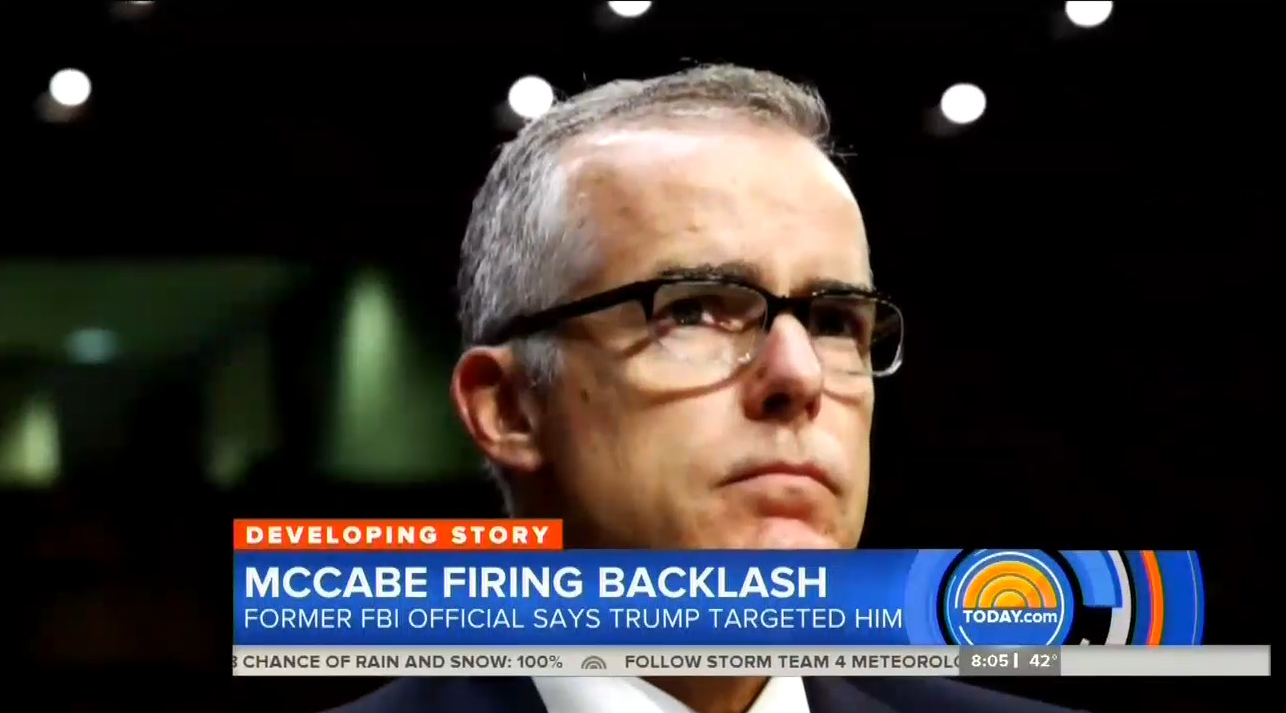 The liberal media were in such a rush to paint fired FBI Deputy Director Andrew McCabe as the victim of a “vindictive” Trump administration that they got some basic facts wrong about the financial consequences of his termination. Journalists and pundits across many news networks falsely claimed that McCabe would “lose his pension” or have his “benefits stripped” as a result of being fired for misconduct.

In all of the discussion of the firing of Andrew McCabe, various news outlets focused his “loss” of his pension as opposed to the fact that career officials called for his firing for serious misconduct.  It now appears that what was lost will soon be found for McCabe.  The firing denied McCabe early pension recovery at age 50 of roughly $60,000 a year. However, that only means that he will receive the pension like other federal officials when he reached the federal retirement age.

It appears McCabe was attempting to take advantage of the special FERS eligibility program for law enforcement officers. This plan would have allowed McCabe to retire with his full pension after 20 years of creditable service at the age of 50.

Instead, McCabe’s FERS benefits won’t be available until the age of 57 at the earliest under more basic FERS rules. To clarify: because McCabe’s benefits vested after five years of service and he continuously paid into the FERS plan while employed by the FBI, McCabe’s benefits are waiting for him when he’s legally allowed to retire.

Apparently the media was incapable of doing such research before spending several days having a collective panic attack over the possibility of McCabe not receiving a generous retirement package:

View’s Hostin Frets, Firing McCabe, 'The Stuff That Dictators Are Made Of!’

Even if McCabe was actually losing his pension, it would not excuse the press obsession with his financial well-being instead of his wrongdoing as a top government official.