NBC Reporter Wanted to Throw Up After Trump Won 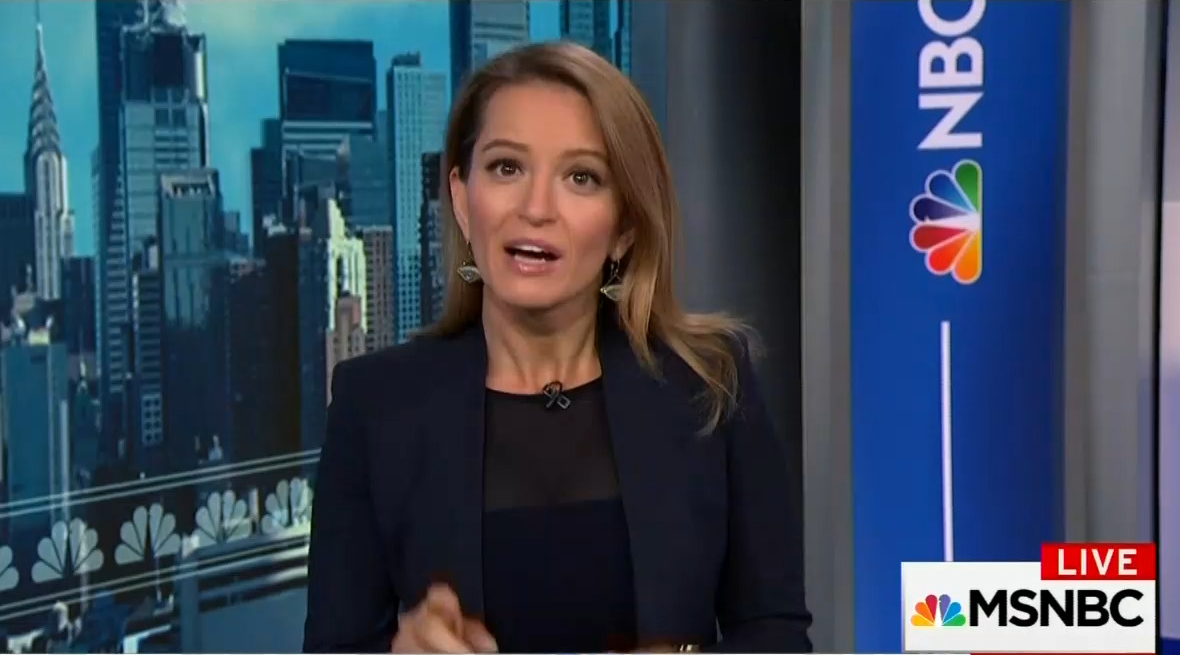 “The room goes wavy. My stomach churns. I can feel the bile in the back of my throat.” That reaction to Donald Trump winning the 2016 election didn’t come from Hillary Clinton’s new memoir, it came from the pages of NBC correspondent and MSNBC anchor Katy Tur’s book about covering the campaign.

The Hill’s Joe Concha read through a copy of Unbelievable, in which Tur bemoaned Trump’s victory: “I’ve heard him insult a war hero, brag about grabbing women by the pussy, denigrate the judicial system, demonize immigrants, fight with the pope, doubt the democratic process, advocate torture and war crimes, tout the size of his junk in a presidential debate, trash the media, and endanger my life.”

Appearing on Tuesday’s Today show to hawk the book, Tur similarly described how “jarring” and “scary” it was when Trump would criticize her biased coverage during campaign stump speeches. “We had to have armed security,” she hyped.

Beyond recalling her nausea, Tur also pushed her bizarre fear that Trump would become a lifetime dictator: “Does anyone really believe he’ll respect term limits? I have a vision of myself at sixty, Trump at a hundred, in some midwestern convention hall. The children of his 2016 supporters are spitting on me.”

After expressing her loathing of the President in such detail, does anyone really believe Tur can be an objective journalist?