Andrea Mitchell ‘Can’t Think Of’ Showing Any Bias, Maybe ‘Too Aggressive’ on Hillary 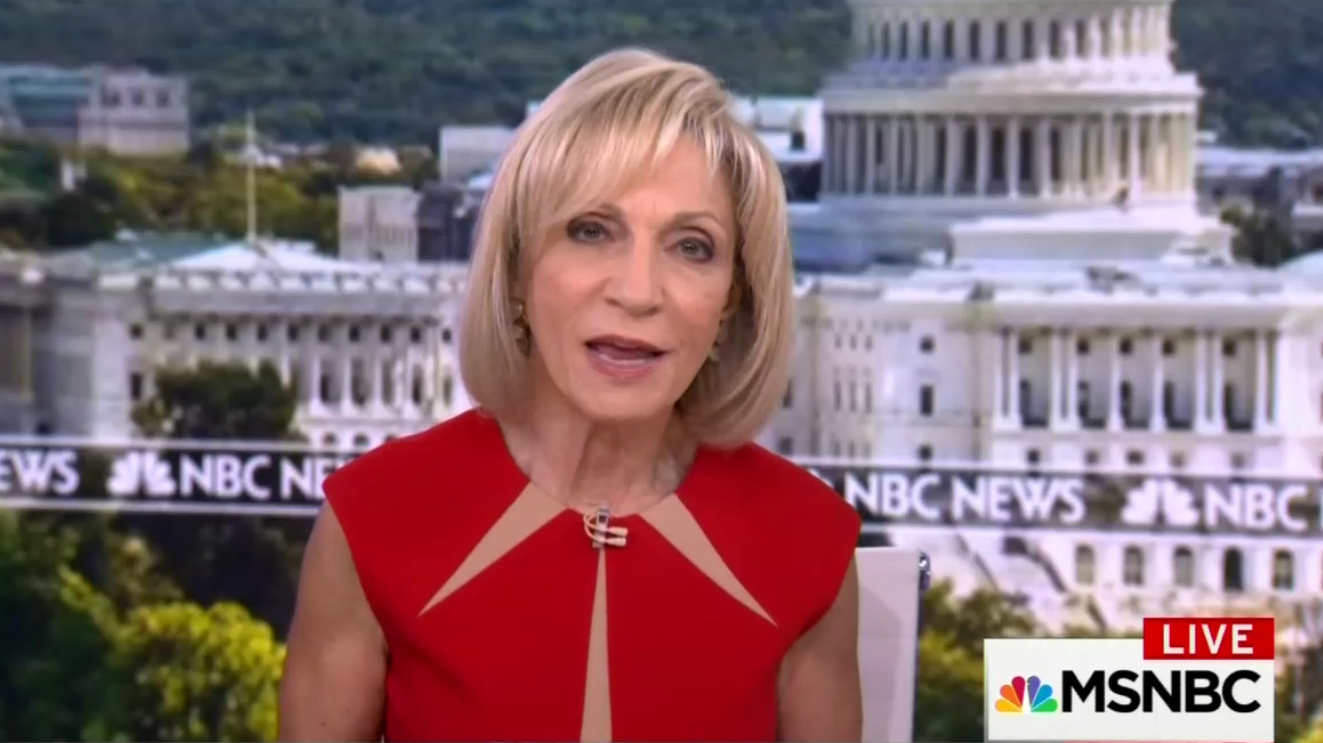 During an interview with fashion magazine Women’s Wear Daily on Tuesday, MSNBC anchor Andrea Mitchell was asked: “Do you feel that you’ve ever gone too far where you’ve shown bias in your reporting?” The reliably liberal reporter struggled to recall any examples: “Everything is subjective to a certain extent. Let me think about that. I’m sure there have been times where I have – either through not enough reporting or through some sort of incipient opinion – let something creep in. I can’t think of it.”

Still scratching her head to think of a single instance of bias in her long career of acting as a Democratic Party mouthpiece, Mitchell finally thought of something: “I know some of the candidates that I’ve covered might think I’ve been too aggressive. I know that Hillary Clinton didn’t like being asked a lot of the questions she got asked on rope lines...”

The magazine’s Alexandra Steigard began the glowing profile of Mitchell’s 50 years in journalism by fawning: “Mitchell, 70, is petite and unassuming as she sips on a cup of coffee – a staple in her diet, along with peanut M&Ms and bananas. Her producers, many of whom are less than half her age, are confounded by Mitchell’s seemingly unwavering energy and passion.”

She continued to gush:

At NBC and sister station MSNBC, Mitchell is a legend for her drive to relentlessly chase down taciturn political types and demand answers, shouting out questions on any occasion without any shame....But Mitchell’s reputation for being an aggressive, at times pushy, never-take-no-for-an-answer spitfire of a reporter contradicts the journalist’s polite, soft-spoken and thoughtful demeanor.

In one of the first questions to Mitchell, Steigard fretted: “What is the impact of the Trump administration’s obfuscation of the truth on the office of the president and on journalism?” Mitchell scolded: “I think it diminishes and demeans the presidency. It affects the credibility of the White House as well as the way people view our institutions, and that includes the media.”

He’s got a big megaphone, as do his spokespeople, and so when they say we are fake news, a lot of people are going to believe that. The media are not held in high regard. We know how bad our polling is, so we have to be very, very careful about always fact-checking ourselves, going through our processes, making sure that we don’t make mistakes, because they will seize on any mistake. We owe it to our viewers, and the print people owe it to their readers online.

Steigard eagerly asked: “What do you think has to happen for the Republicans to turn on Trump?” Mitchell predicted: “If they begin to see more events like these emails from Don Jr., which were pretty shocking to the President’s own party, you’re going to start seeing more and more people bail. But party loyalty is on the cusp; it’s wavering.”