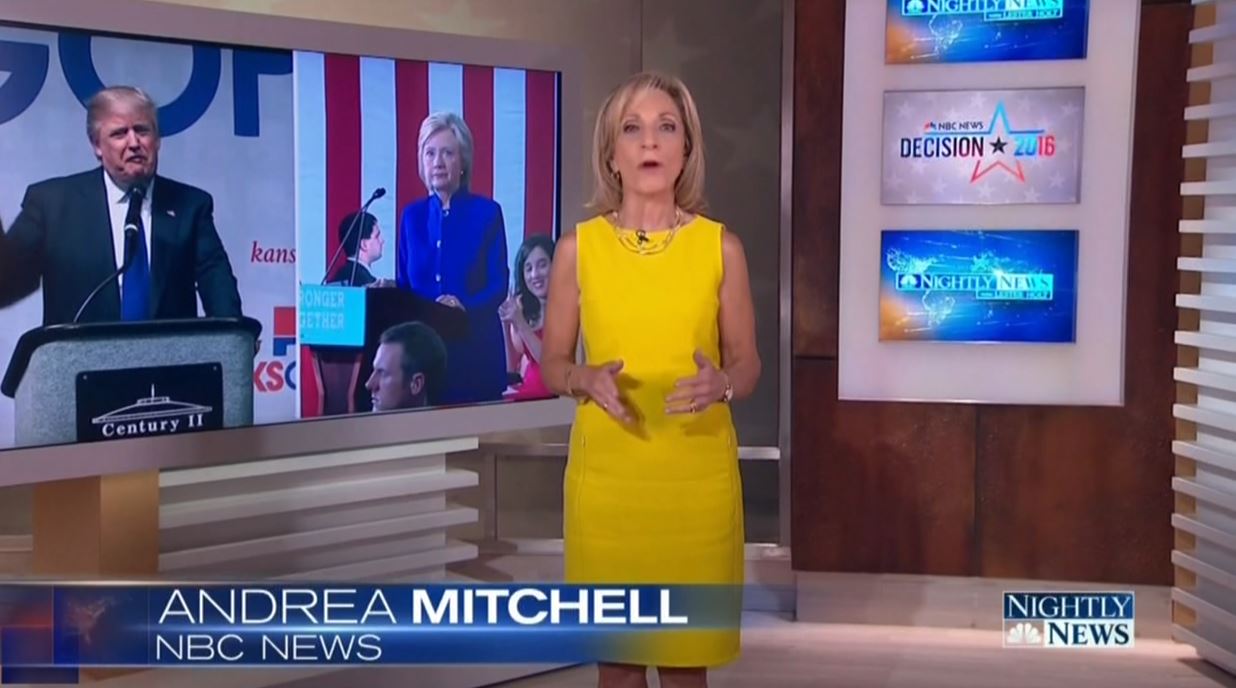 In new leaked e-mails from Colin Powell, NBC’s Andrea Mitchell told the former Secretary of State that Donald Trump winning the Republican nomination would be an “awful” development.

The online exchange began with Mitchell asking Powell if he was going to endorse Hillary Clinton. After Powell dodged the question, Mitchell sent another e-mail on June 17 in which she wondered how the GOP could stop Trump from getting the nomination: “I know trump controls the convention rules committee but I keep thinking they have to find a way not to nominate him.”

Powell replied: “I don't see how. Even Paul Ryan in today's papers says he has problems, but is sticking with him....I assume he will get the nomination. Then the game is on.” Mitchell bemoaned: “It is awful.”

Mitchell certainly hasn’t concealed her disdain for Trump or support for Clinton. Recently she tried to excuse the Democratic nominee calling Trump supporters “deplorable” by downplaying the nasty attack as simply a “gaffe.” Mitchell even went into panic mode after the terror bombings in New York, fretting that the attacks would help Trump and throw Clinton “off message.”

No wonder Clinton expressed her "love" for the "indefatigble" Mitchell just days ago at a press conference.