This Is NBC’s Best Person to Ask ‘Commander-in-Chief’ Questions? 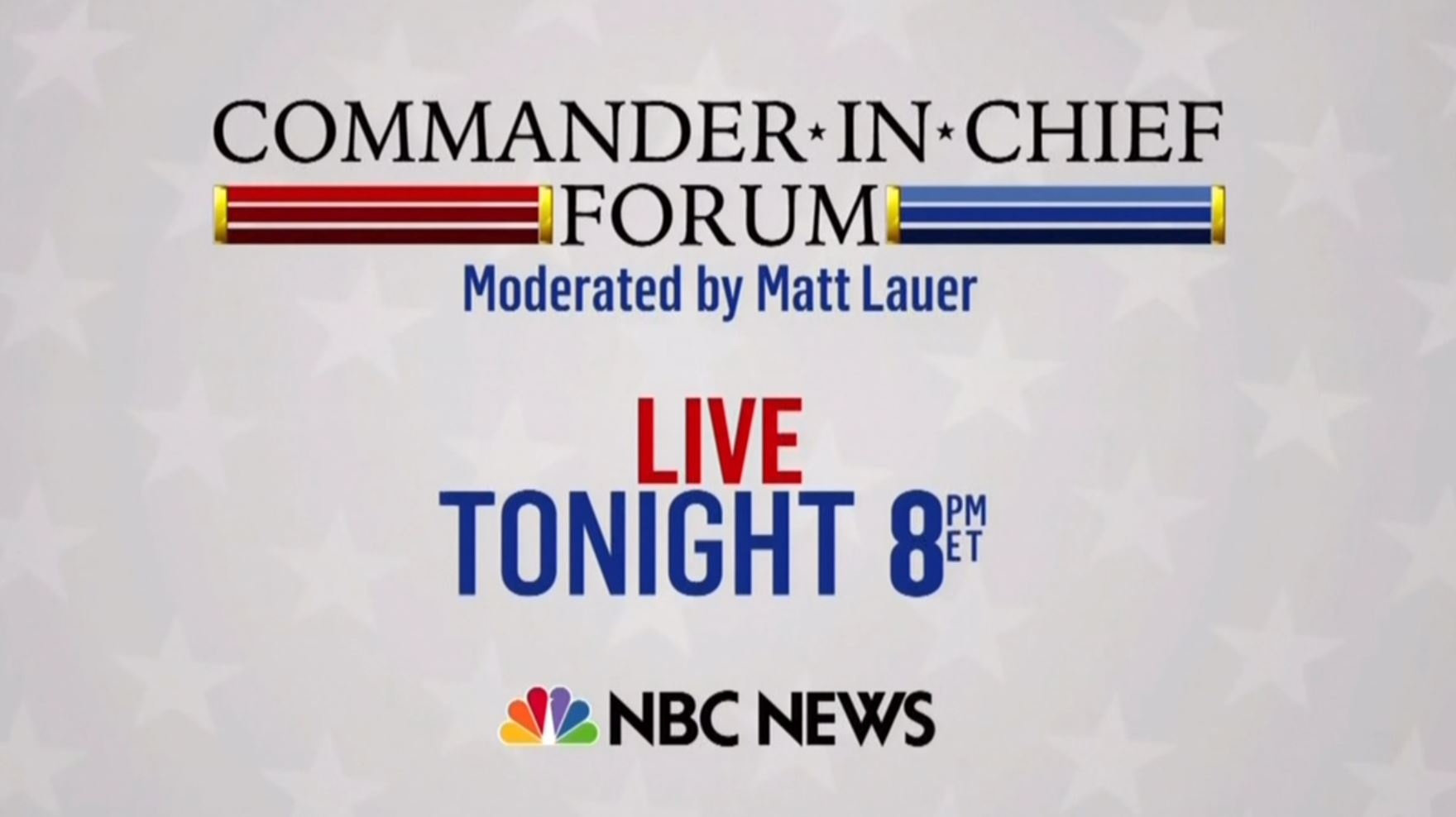 Today co-host Matt Lauer is set moderate NBC’s Commander-in-Chief Forum Wednesday night, where he will quiz Donald Trump and Hillary Clinton on the most pressing national security issues facing the United States. However, given Lauer’s bizarre antics on the network’s morning show, one wonders if NBC couldn’t find someone with a little more gravitas to host the presidential campaign event. Viewer warning: The following images are quite disturbing. 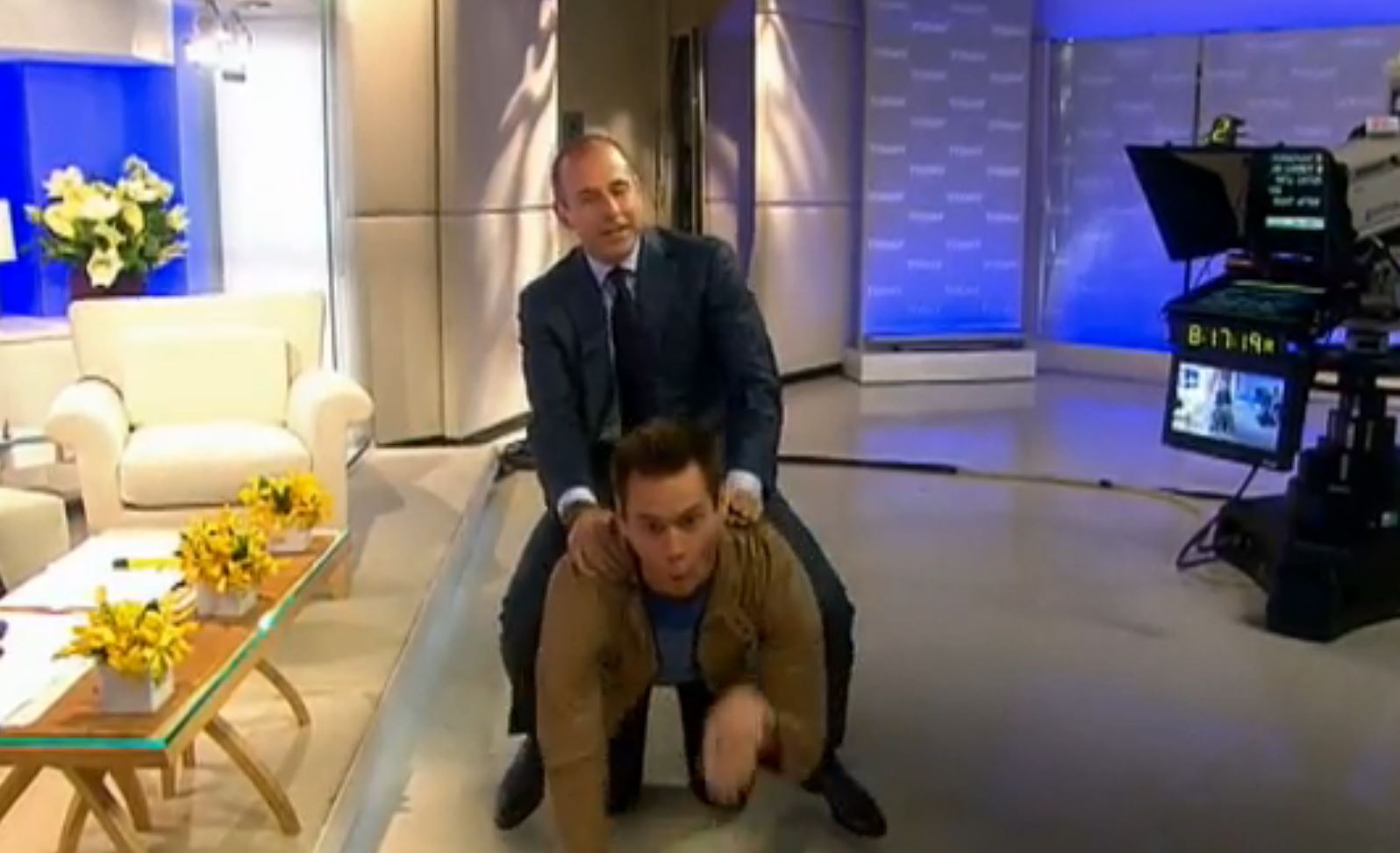 Back in 2011, before heading into a commercial break, comedian Jim Carrey interrupted the end of a segment by crawling onto the set on all fours pretending to be a horse. Without hesitation, Lauer climbed on the actor’s back and was treated to a piggyback ride around the studio.

3. Wrestling With the News 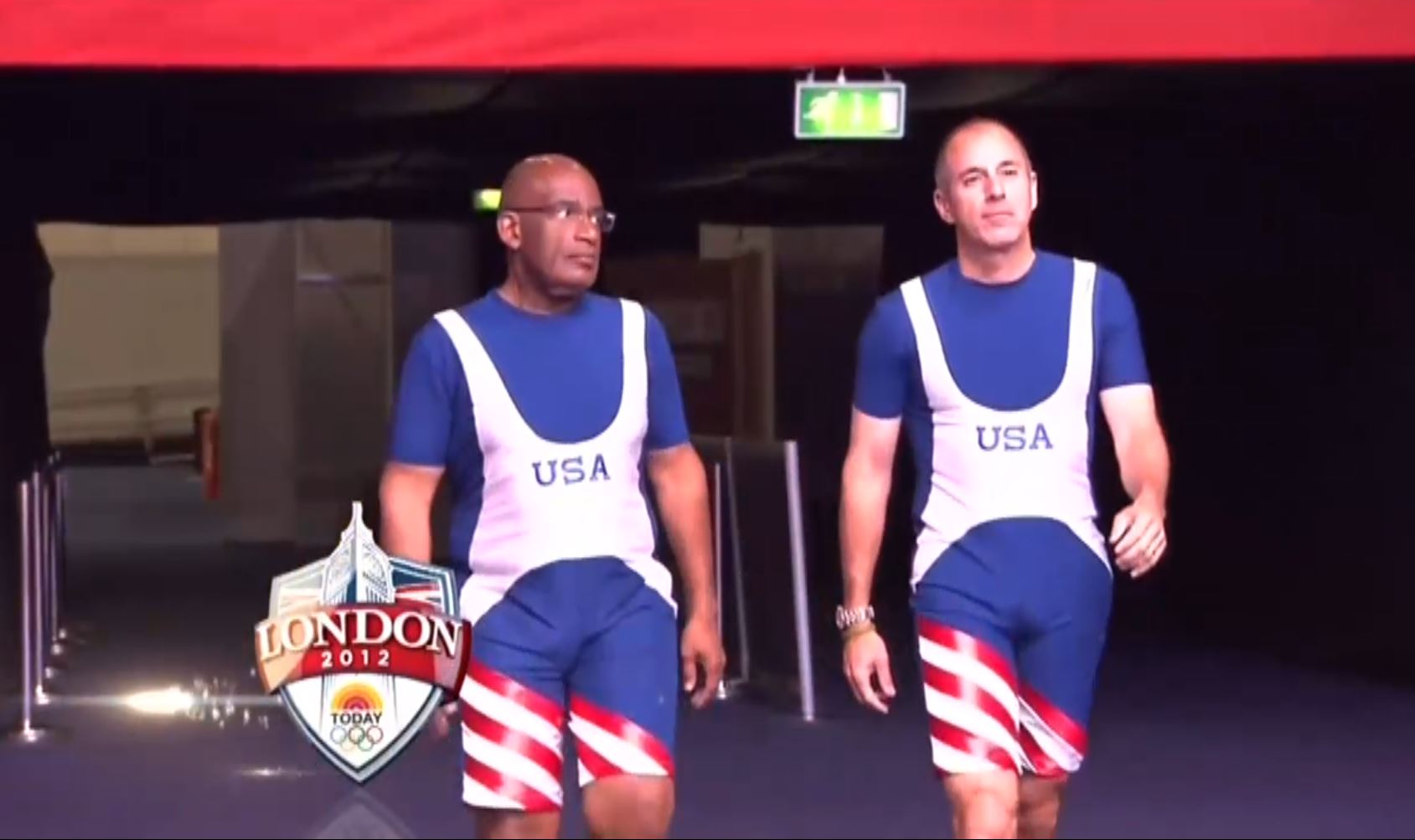 During the 2012 Olympic games in London, Lauer and weatherman Al Roker pulled on their singlets and squared off in a Greco-Roman wrestling match and after some coaching from members of Team USA. 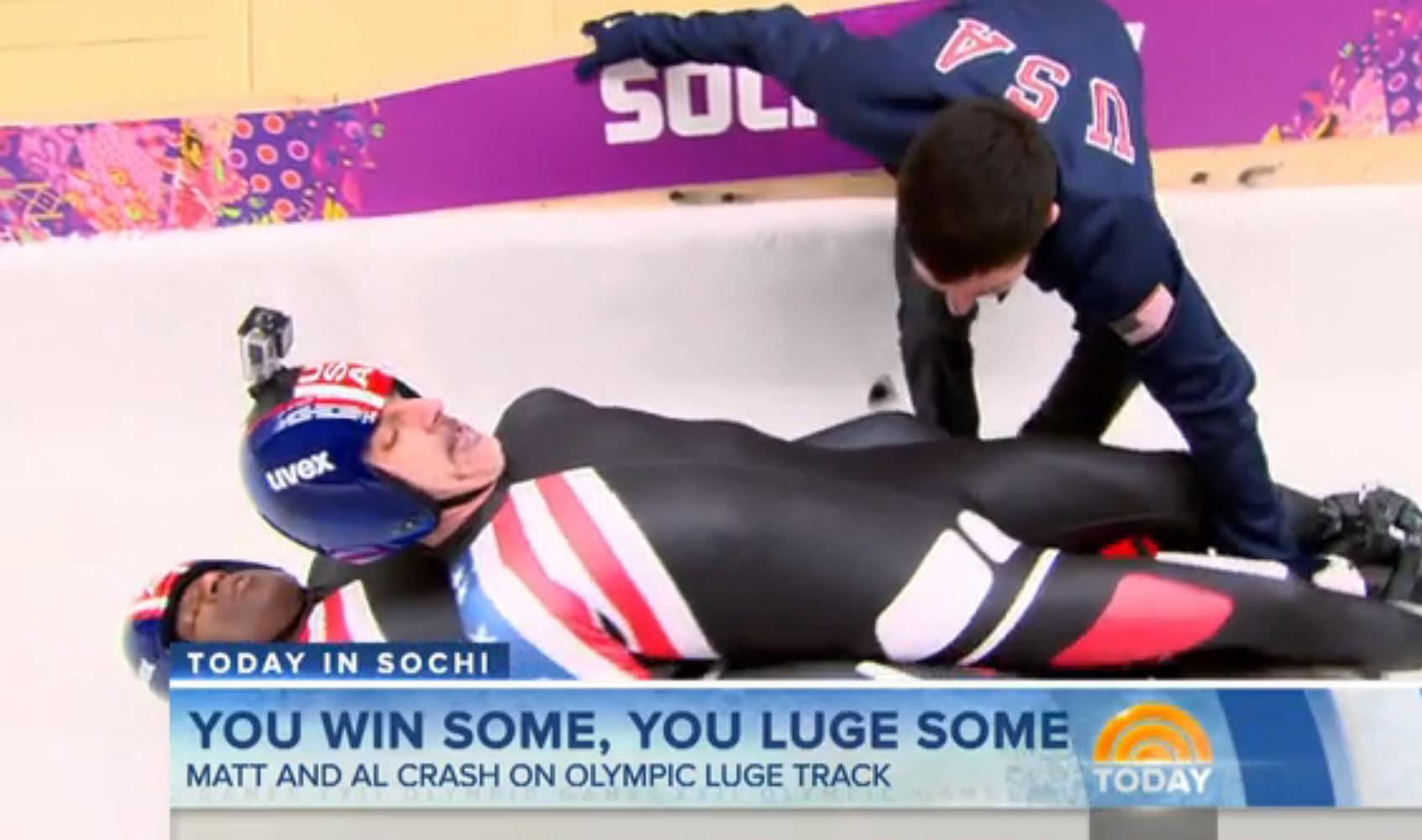 For the 2014 winter Olympics in Sochi, Russia, Lauer and Roker squeezed into awkwardly tight spandex uniforms and tried the luge, sledding down a race track at high speed while lying on top of one another.

5. From Russia With Love 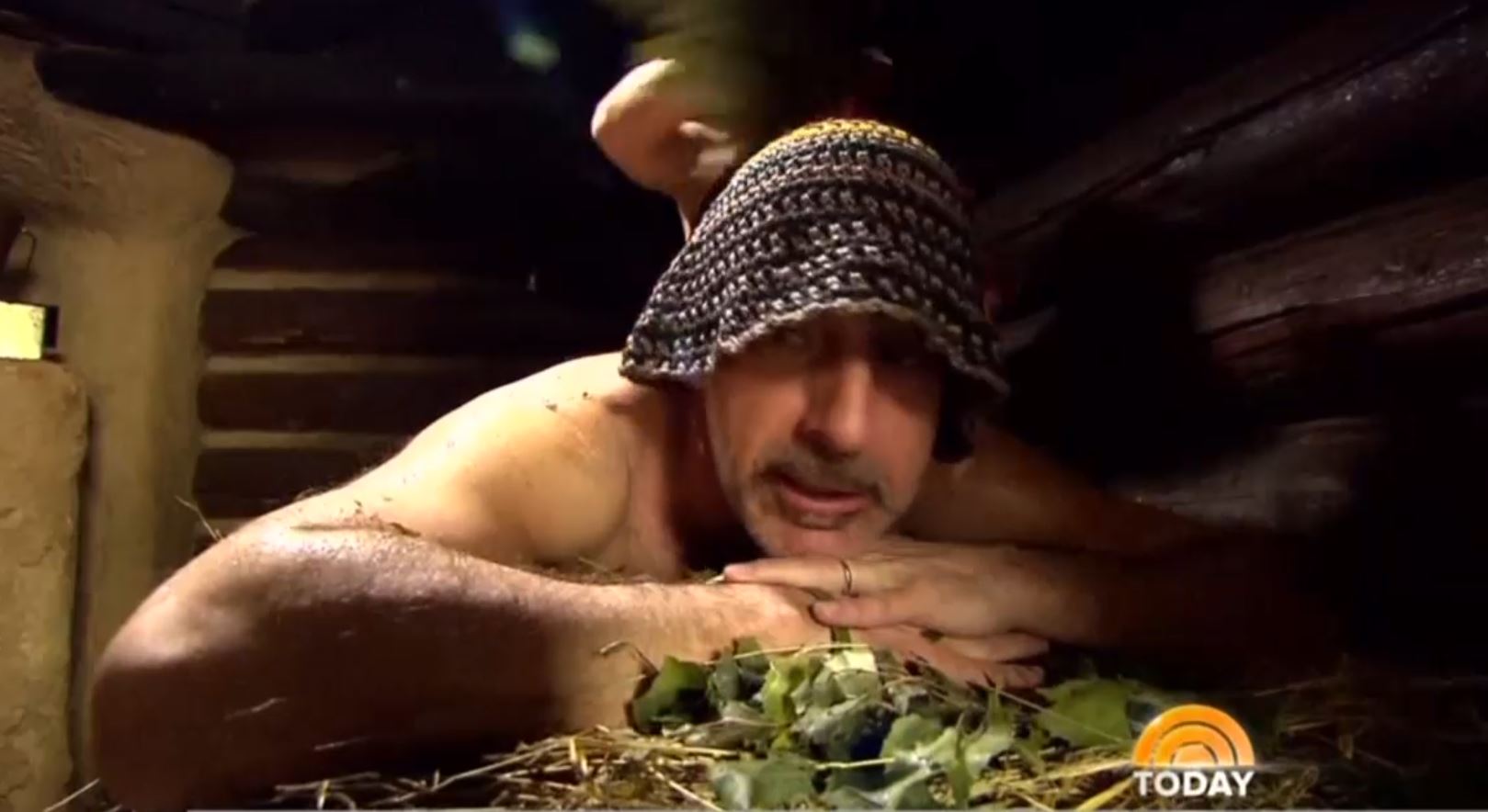 While in Sochi, Lauer and Roker also decided to take in a Russian bath house. Donning nothing but towels, the pair proceeded to get massages and beaten with branches, before climbing into a tub together while wearing more branches on their heads. 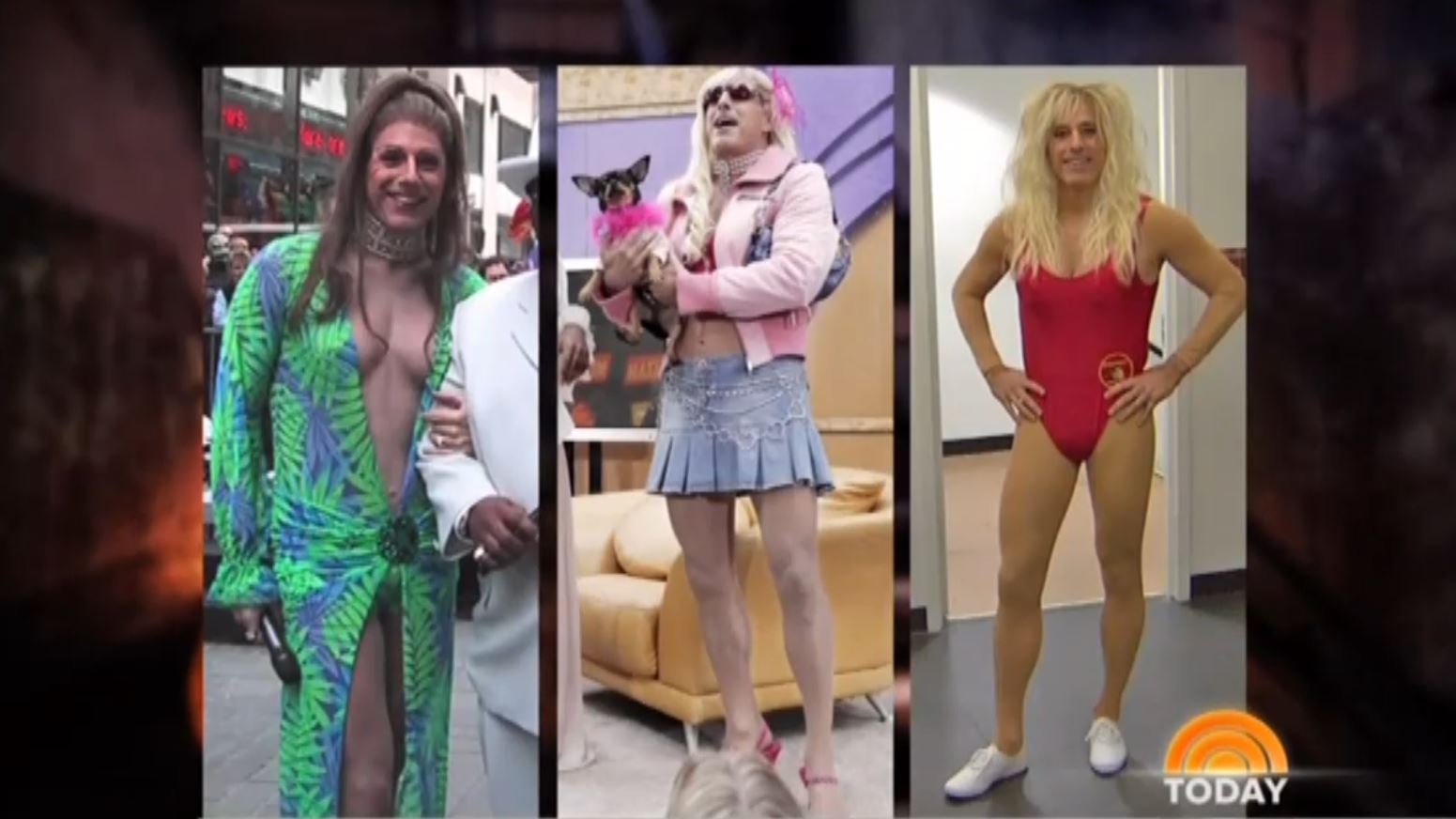 Finally, on three separate occasions Lauer has dressed as a woman for the Today show’s annual Halloween episode. In 2000, he infamously dressed as singer Jennifer Lopez in a dress that left far too little to the imagination. In 2004, he showed up as reality TV star Paris Hilton. Just in 2013, he put a red bathing suit and a blonde wig in an attempt to resemble Pamela Anderson on the show Baywatch.