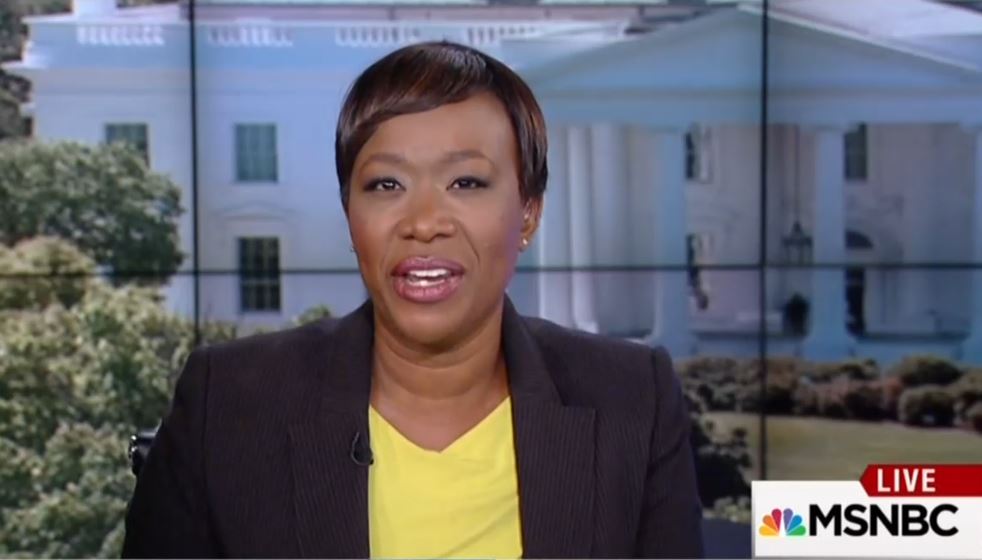 Only a year after cancelling The Reid Report in February 2015, on Friday, MSNBC announced that left-wing pundit Joy Reid would once again be getting her own show on the network, replacing Melissa Harris-Perry, who recently stormed off the cable channel following a racially-charged tirade against her employer.

In a statement about the staff shake-up, MSNBC president Phil Griffin laughably proclaimed: “MSNBC viewers crave not only the facts, but also in-depth discussion and analysis from a range of perspectives. There is no one better equipped than Joy to lead this new project, and create a place for the kind of unique discussion our audience has come to expect.”

Here are some recent examples of Reid’s supposed commitment to “facts” and “a range of perspectives”:

> On April 20, she claimed that Hillary Clinton was the victim of decades of “very negative”  media coverage.

> On April 8, she argued that Clinton was the most qualified presidential candidate “since the Founding Fathers.” She added: “...Jefferson, Adams, I mean you have to go back literally to the 18th century to find somebody with a more packed resume than Hillary Clinton.”

> In November 2015, she went after gun-rights supporters, declaring “...there's nothing in the NRA's behavior that indicates they care about anything other than maximizing gun sales.”

> On August 20, 2015, Reid confessed that she was “utterly bored” by Clinton’s e-mail scandal “to the point where I only recently began to really sort of dig into it.”