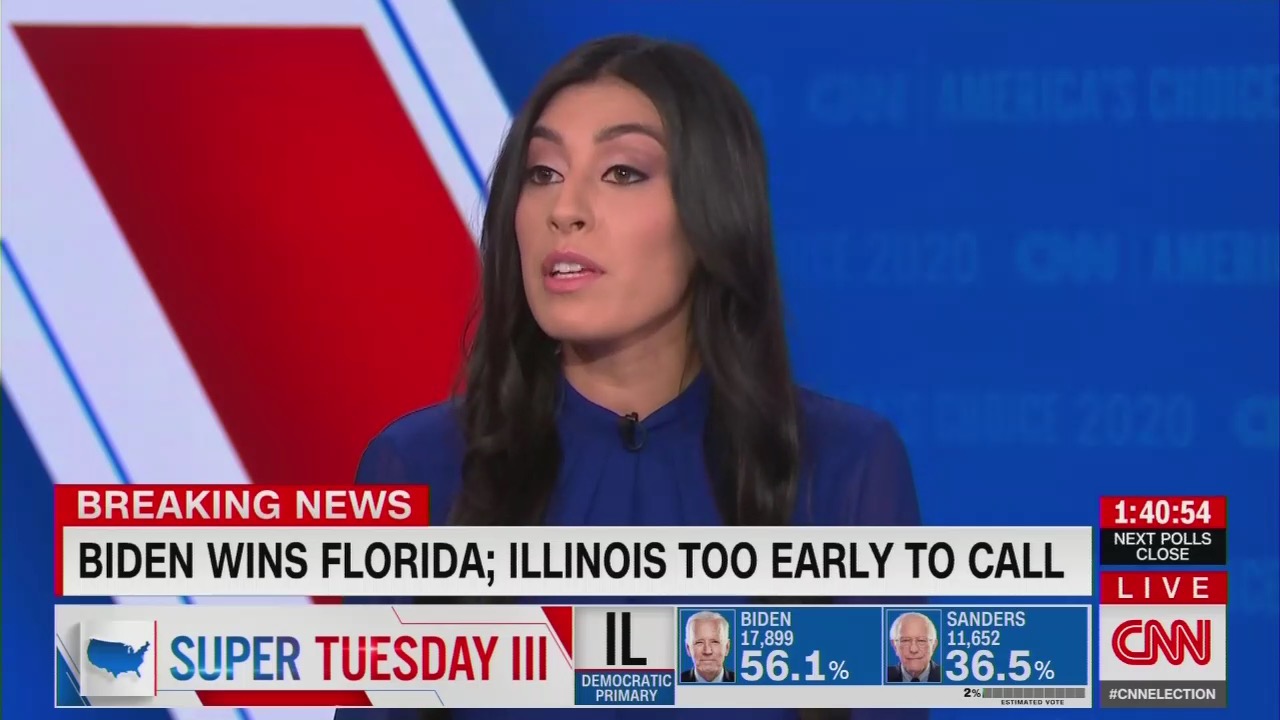 During CNN’s Super Tuesday Three election night coverage, liberal political commentator Alexandra Rojas admitted something conservatives all know, but journalists refuse to admit: They’re all in for Democrats this election.

Rojas was joined by host Anderson Cooper, chief political analyst Gloria Borger, former Obama aide and senior political commentator David Axelrod, and former governor of Virginia and CNN contributor Terry McAuliffe, on the all-liberal panel. They were discussing the 2020 race and Sanders unlikely chances at becoming the Democrat nominee. As election results came in, with Joe Biden winning, the panel argued Sanders should drop out of the race.

“So the question for Senator Sanders is, does it benefit the project of defeating President Trump for him to stay in this race simply to make a statement, or is it time to consolidate around Biden?” David Axelrod posed, before asking Rojas, who formerly worked for the Sanders 2016 campaign, to chime in.

As she started making her lengthy appeal for Sanders about how his campaign was “much ore than just a presidential campaign,” Cooper cut in to basically ask her to cut to the chase. “What does that mean going forward?” he asked.

Oops. Yes, everyone knows CNN is in the tank for Democrats, but you’re not supposed to admit that out loud, particularly if you work for the network. Yet despite that faux pas, not one of the fellow panelists, including Cooper and Borger, objected.

McAuliffe echoed Rojas’s sentiment that Biden needed to reach out and appeal to millennials like Sanders has done, if they wanted to beat Trump in the upcoming election, before Cooper cut to commercial.