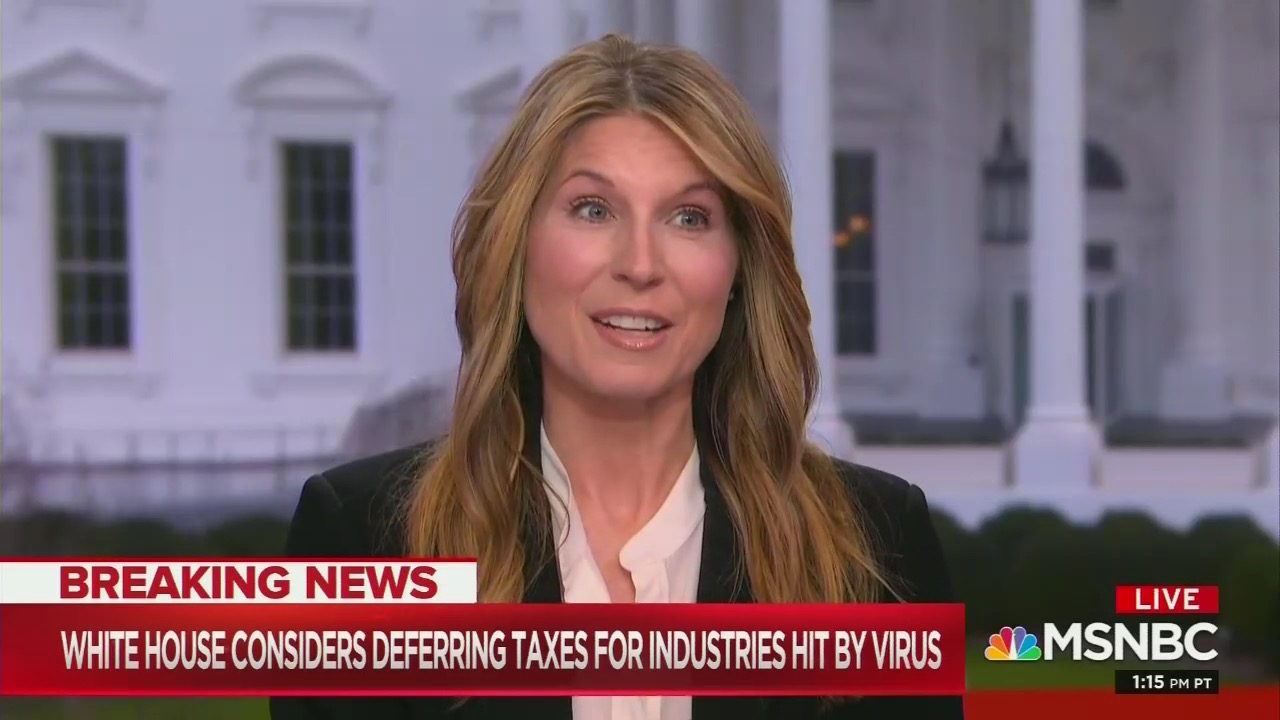 Despite the media’s empty words insisting they are not politicizing the coronavirus, they keep doing just that. On Friday afternoon’s Deadline: White House, MSNBC host Nicolle Wallace and Princeton professor Eddie Glaude were practically rooting for more Americans to die from the virus so it could be President Trump’s “Katrina.”

The professor and regular race-baiter for the network first made the disgusting comparison to Katrina.

“I was thinking in terms of politics, right. We talked about the business community finally not kind of sticking with Donald Trump. But this may be and Nicole -- you know -- I should mention this with a little trepidation but this may be Donald Trump's Katrina,” Glaude said. As soon as he finished, Nicolle Wallace jumped in, eager to bash her former boss, President Bush, and President Trump as “incompetent” leaders.

“Yeah...Let's just lean into that for a minute. I mean Katrina was the moment when all the things that felt incredibly incompetent about the Bush presidency, the appointment of Harriet Miers to the Supreme Court. The botched attempt to pass Social Security privatization, I mean I lived it, I can go through the whole list, were realized,” she boasted.

In the next shocking exchange, Wallace and Glaude got animated and seemed excited over the idea that hundreds of people could die, but it would be worth it because finally some of Trump’s base would stop supporting him:

WALLACE: We gave them a proof point that we were indeed, incompetent. And also people died. I mean this is -- this has the makings structurally for the same kind of moment for Donald Trump.

GLAUDE: And if there was any moment that would shake that 40%, the folks who would allow him to shoot someone and right down [on] Fifth [Avenue] -- if there is any a moment, it's this one. Because it's babies, it's friends, it's loved ones. It's old....

WALLACE: It's old people in nursing homes that can’t have their daughters and sons and grandchildren --

GLAUDE: It's grandparents. It's your Nana.

GLAUDE: Right. And so it seems to me that this is an event that could take down a presidency.

Glaude ended the segment sometime later warning that thousands of Americans could die from the coronavirus and it would be Trump’s fault.

“Real quick. Deadly consequences. Over 3,000 dead in Puerto Rico and here we are now,” he said grimly.

Wallace wasn’t the only journalist eager to make this morbid comparison. According to a keyword search through the DVR-recording system Snapstream, Obama’s Ebola czar made it on CNN and MSNBC’s Chris Hayes did as well in his own scathing segment. At least two MSNBC panelists on Saturday did too. Monday morning, CNN’s chief business correspondent Christine Romans ripped Trump for “really downplaying” the virus, gushing “some say now looks like a Hurricane Katrina moment.”