Hypocrite 'View' Berates Behar for Touting Castro, After Defending Him in Past 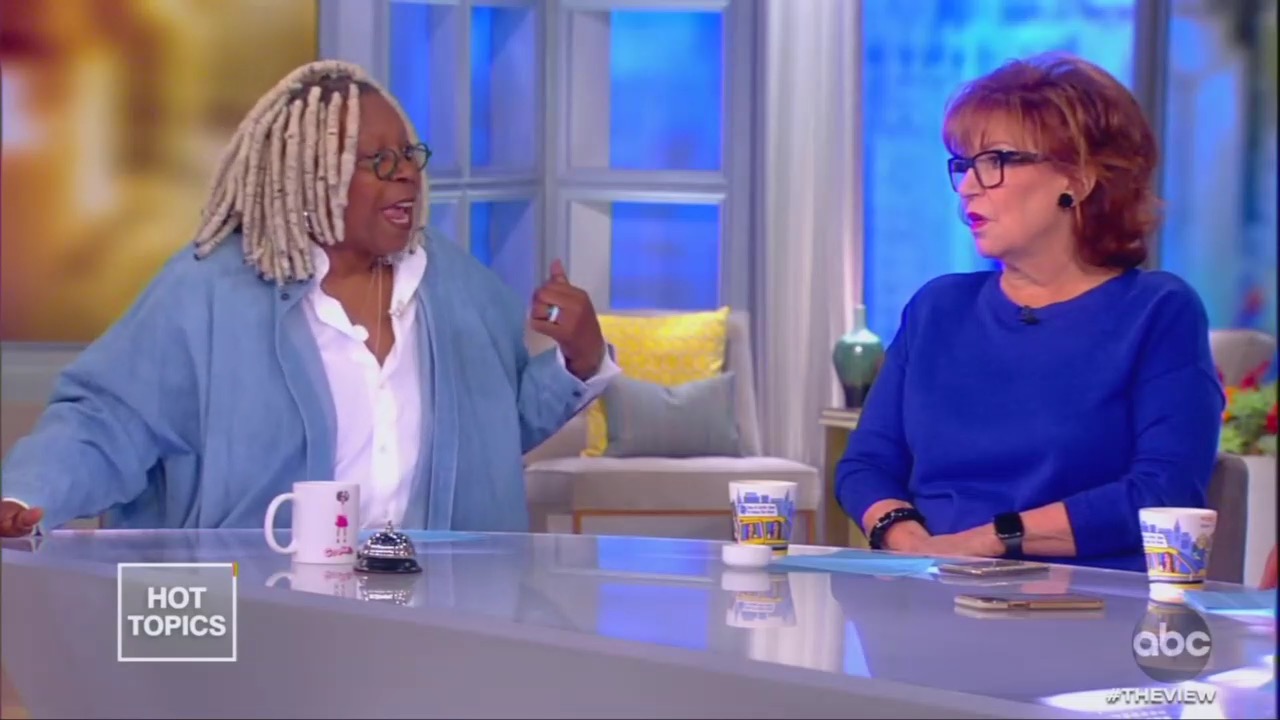 The View co-host Joy Behar faced pushback from her liberal peers on Tuesday’s show, after she started defending Bernie Sanders comments praising Fidel Castro. However, some of her co-hosts shared her soft take towards the dictator in years past.

The hosts opened the show coming out strongly against Sanders. Behar focused her criticism on Cuba saying the “quality of life was awful” and the “infrastructure was horrible.” However, her co-hosts berated Bernie for praising Castro.

“It’s a dictatorship,” Whoopi Goldberg pointed out repeatedly, adding forcefully, “There is nothing groovy about a dictatorship!” Meghan McCain then gave a lengthy list of why many Cuban refugees fled to Florida. Sunny Hostin also came out harshly against Sanders, saying that Latinos “would not forgive him for this position,” and that there was no excuse for touting literacy while leaving out the rest of Castro’s destruction.

All this Bernie bashing finally got to Behar.

“He said Fidel was a bad guy. All he was saying was there was this one thing they did. And American voters don't understand nuance! They hear communism, and go crazy!” she proclaimed.

“No, no no. There's no way around that. This is as bad as you know who saying there were good people on both sides. It's the same,” she stated.

While Hostin and McCain backed up Whoopi, Behar grumbled, “I don’t agree.” Whoopi kept scolding Behar, saying this was as bad as defending Hitler, “to a Cuban person.”

McCain then strangely claimed, “we’re all on the same page on this,” even though Behar clearly wasn’t.

But Behar wasn’t done. Later in the show, Shark Tank stars, investors Mark Cuban and Kevin O’Leary were on to talk about the 2020 race and the economy. Behar asked O’Leary his thoughts on Sanders. Amazingly, Behar kept defending Bernie, even comparing Cuba’s education system to the United States:

O’LEARY: They don't even like to talk about him, and here's Bernie out there with, ‘yeah, you know, this dictator isn't so horrible.’ Yeah, he's horrible.

BEHAR: He did one good thing, he said.

O’LEARY: By the way, that literacy program that he was talking about was a re-education program.

WHOOPI: Yes, it was.

HOSTIN: There you go. Propaganda.

O’LEARY: If you are a historian and look at what occurred there, there's nothing good about Fidel.

BEHAR: I believe the literacy rate did jump quite a bit after that.

O’LEARY: I’m not sure they’re getting a really good dose of world history.

BEHAR: [grumbles] Do they get that here?

After O’Leary pointed out Americans didn’t want Bernie to turn the U.S. into a “communist country,” Behar protested, “Of course, he's not going to do that!”

Yikes. Well at least Behar is being consistent. In 2016 after he died, Behar also gushed about Cuba’s literacy under Castro. What’s ironic is that her co-hosts shared her much softer take towards Fidel Castro as well. After Barack Obama praised the dictator, Whoopi Goldberg defended the president's comments as “proper” and “diplomatic" because Cubans were "mourning" him. She also said that a lot of Cubans "didn't grow up with the Castro regime as being bad." Hostin tried to have it both ways, saying she was "surprised" by Obama's "sanitized" comments, but she liked his "diplomacy" as well.

As NewsBusters has noted, The View creator Barbara Walters has been the most effusive about Castro, calling him “charming,” “charismatic” and praising Cuba as “one of the freest nations on earth.”