Whoopi: I Can't Get Mad at Dems' Sexism Until Trump Apologizes for Access Hollywood Tape 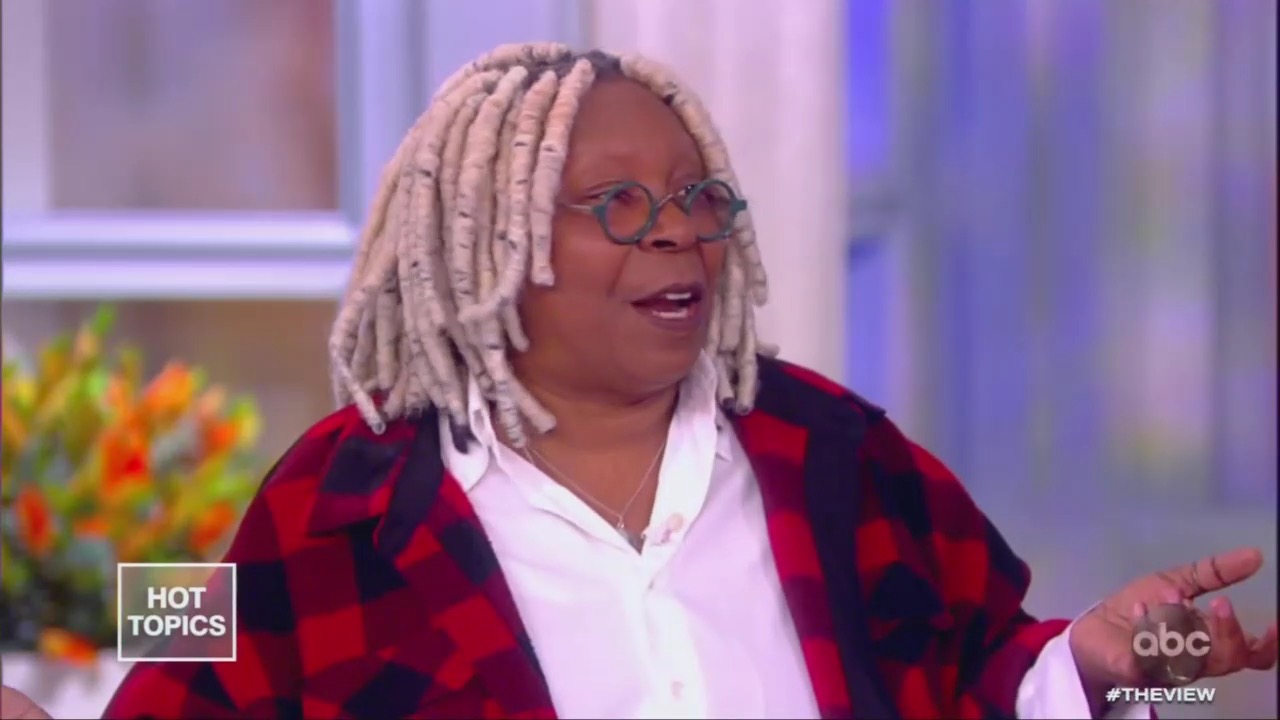 Two of the hosts of The View have now admitted that they don’t care what comes out against 2020 Democrats as long as they can beat Donald Trump. On Tuesday’s show, co-host Whoopi Goldberg became irritated as Meghan McCain shared Michael Bloomberg’s past sexist comments, announcing that none of that mattered to her since Trump supposedly hadn’t apologized for his own past crass comments about women.

This comes on the heels of her co-host Joy Behar, dismissing Bloomberg’s problems with racism on Friday’s show, declaring Republicans were the “most racist.”

The segment started with co-hosts Sunny Hostin and Meghan McCain teaming up to bash Bloomberg for more unearthed racial and sexist comments he’s made in the past. As Joy Behar kept defending the Democrat the discussion devolved into a shouting match with Behar attacking McCain as “defending Trump” for going after Bloomberg. After a commercial break, Whoopi stepped in to diffuse the situation and also defend Democrats.

Whoopi claimed there was nothing offensive in a Democrats’ past that could faze her because, allegedly, Trump hadn’t apologized for the Access Hollywood tape:

That’s actually false. Trump did apologize after the tape was leaked, repeatedly.

Whoopi went on to make a larger point that Democrats needed to stop “eating each other” because you could find offensive comments in every person’s past:

I want everybody to stop eating each other trying to get in front. There is a fight that people have to pay attention to, and if we're only going to eat each other every day, you know, I'm not going to watch because there's other stuff that I'm worried about that I feel like they should be worried about, and if everybody is going to be pulled up by their short hairs because of stuff they have said in the past, everybody better get in line. Everybody better get in line because everyone has said something that has offended someone at some point.

Joy Behar also downplayed Democrats candidates’ offenses, saying the only one who was truly misogynistic was Trump:

“Everybody who is running in the democratic party apparently has something. But at the end of the day, one of them will be going up against the racist and misogynist in Trump -- in chief. Always bear that in mind when we have this conversation,” she declared.

But McCain was miffed, sensing her co-hosts were trying to shut out criticism of Bloomberg.

“The idea that I should come on here and just give candidates passes,” she began, adding, “and we shouldn’t bring up real issues--” before her co-hosts cut her off saying she should “absolutely” bring these things up.

But McCain accused the show of trying to cover for Bloomberg. “ For The View not to be talking about it as a hot topic is ridiculous. Just because he has $60 billion?” she asked.

Behar claimed she was simply giving a “counterpoint” to McCain’s attacks against Bloomberg. “It’s called ‘The View’,” she snarked.

“I know, but you seem to have a problem when I have a different view,” McCain shot back as Whoopi quickly wrapped the segment.