MSNBC's Ruhle Demands Guest Stop Calling Sanders Extreme: His Message Is Not 'Free Stuff for Everyone’! 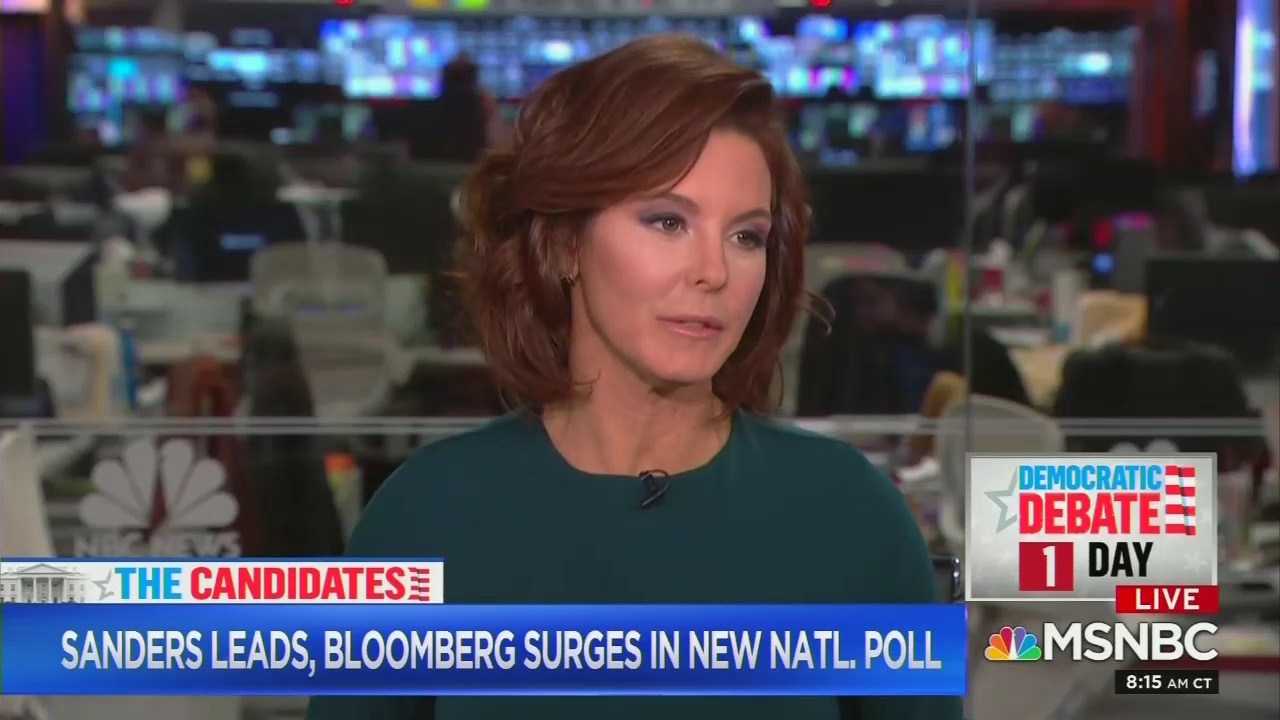 The panel was talking about the Democratic race and how the nominee could end up being Bernie Sanders or Michael Bloomberg. Schmidt moaned that Donald Trump was an “emergency” and “threat” to America but Bloomberg could be the one to beat him, because he was “one of the most successful leaders in advancing the progressive agenda,” and NYC was an example the whole country wanted to follow:

The question I think for democratic voters is, is Donald Trump a normal Republican, if he is, then nominate anybody, if he is what a lot of us say he is, he is an emergency, that he's a threat to the entire system, to the fabric of the country, then the issue is who is the democratic candidate who best stacks up against him. Who can beat him?...[I]t makes a compelling argument for one of the most successful leaders of government anywhere in the world over the last 25 years. I mean, should the United States of America run like New York City, there's a compelling case to say that it would be a good thing. Because the city runs very well under the 12 years of Mike Bloomberg’s mayorship.

But race-obsessed panelist Eddie Glaude harped on the black community’s anger over Bloomberg’s stop and frisk policy. This prompted Schmidt to ask, “Do you really think he is the same as Donald Trump when it comes to racist policies?”

Glaude pushed back again saying he needed to see Bloomberg’s full record on race issues. He then called Schmidt’s bluff, saying that if Bernie was the nominee and he didn’t vote for him, then he wasn’t really against Trump:

Ruhle then jumped in to claim that the 2018 midterms showed a rise in “moderate,” not “far left” Democrats. Glaude rejected the “far left” label, arguing simply that all kinds of Democrats turned out to flip the House. Schmidt claimed it was both “progressive Democrats” and never-Trump “Republicans” who worked to flip the House for Democrats.

Bringing it Bernie Sanders, Schmidt argued forcefully that Sanders would turn off voters because of his radical socialism.

That set off Ruhle, who reprimanded Schmidt as misleading on Sanders. “It’s not...free stuff for everyone. We have to rein that in!” she scolded.

SCHMIDT: Will those Republican voters vote for a socialist who honeymooned in the Soviet Union, wants to take health care away from 150 million people, free college education, free student loan forgiveness, free stuff for everybody--

RUHLE: It is not free income for everyone and free stuff for everyone. So we have to rein that in.

RUHLE: Listen if you want to say $60 trillion, you can say it, but we can't just look at Bernie Sanders and say free stuff for everyone.

SCHMIDT: [in background] Why not?

The segment ended shortly after this exchange.