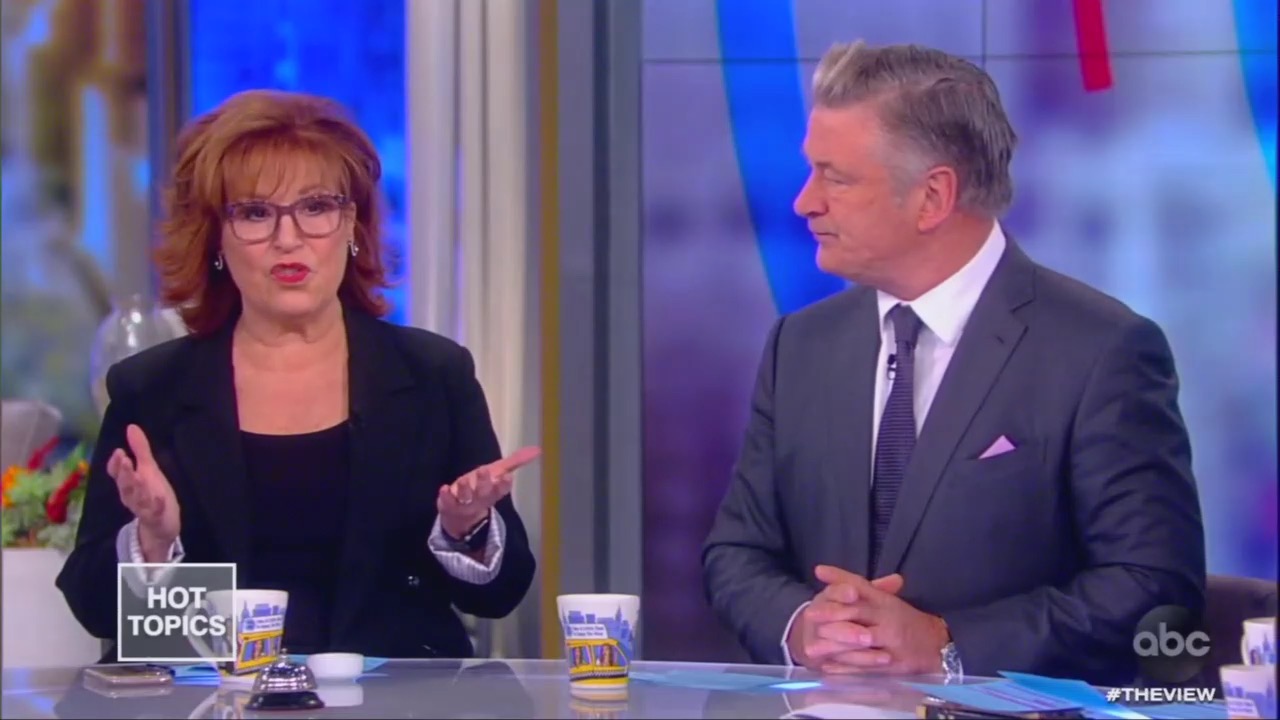 The morning after President Trump gave the State of the Union address, the hosts of The View were practically bowing down to House Speaker Nancy Pelosi for tearing the speech in two. Co-hosts Joy Behar and Sunny Hostin were enthusiastic about the disrespectful display, lauding Pelosi “masterfully” “playing hardball” with Republican “fascists and criminals.”

Co-host Whoopi Goldberg began the show recapping the tense moments where it appears President Trump ignored Pelosi’s outstretched hand before giving his speech, and Pelosi then dramatically ripping the speech copy up after the address was over. As ABC played the clip of Pelosi tearing the paper, the hosts chuckled and the audience cheered and applauded.

Behar was thrilled, as well, after the wish she made yesterday for Pelosi to mock Trump, came true. The co-host praised Pelosi as sticking it to “criminal” and “fascist” Republicans:

“She's playing hard ball like he does. When they go low, we go lower. That's the only thing--That’s the only thing that works with these criminals and fascists who are running the country right now! Sorry, but that's what works,” she gushed.

Behar was so awestruck by Pelosi she even claimed Pelosi’s facial expressions were the president’s own “fact-checker”:

Her co-host Sunny Hostin held the same sentiment. Hostin fawned over Pelosi’s “masterful” act as a genuine, “gut reaction” to Trump’s “lies,” instead of calling it for what it really was, a petty partisan display:

That's why she said -- she commented right after the State of the Union address when she was asked ‘why did you rip it up?’ she said ‘because it was filled with lies, filled with mistruths’ and I think that was sort of her gut reaction to do that. What are we talking about rather than talking about, let's say, his speech, we’re talking about Nancy ripping it up. So I thought it was sort of masterful, in that.

As you can see in the clip, liberal actor Alec Baldwin was sitting between Behar and Hostin at the table, as he was a guest host on today’s show. Surprisingly, Baldwin's measured responses made him look like a moderate next to the radical co-hosts.