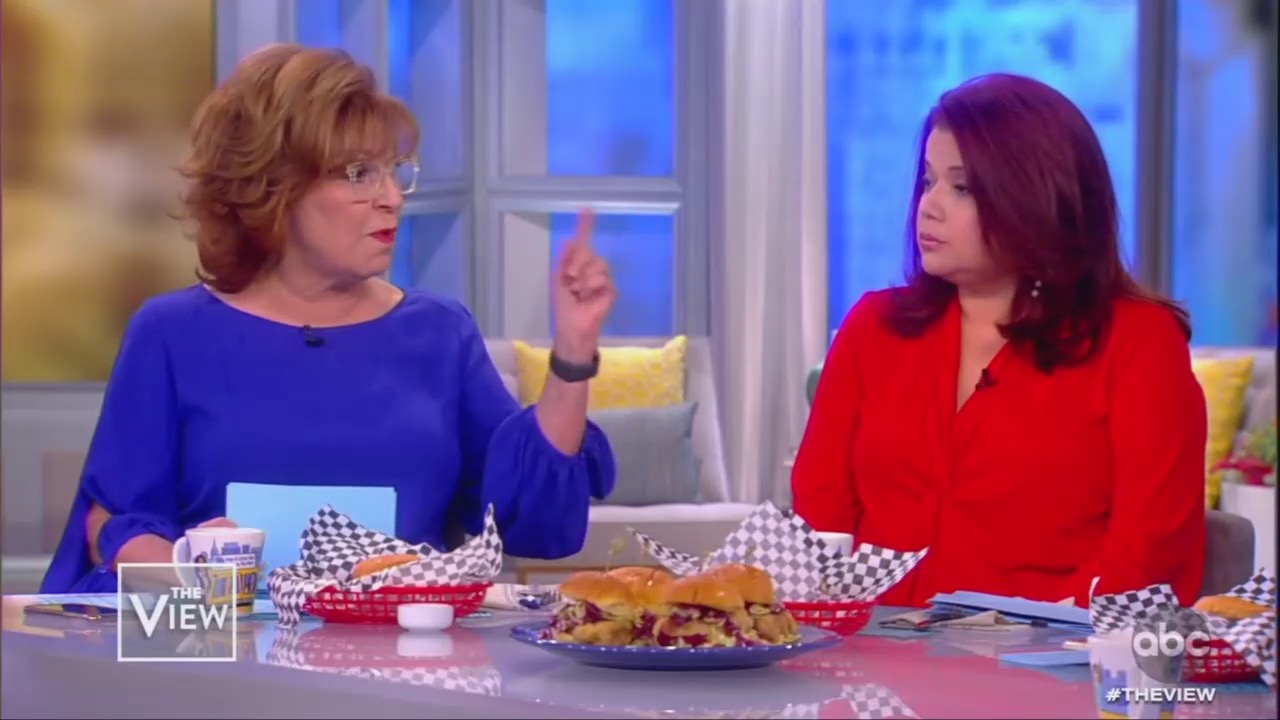 The View hosts implored God to help save America from President Trump, on Friday, after finding out there wasn’t enough votes from Republicans to allow witnesses in the Senate impeachment trial. Co-host Sunny Hostin seethed that the GOP was now a party of “extremists” who dismantle democracy and the Constitution for power. Friday co-host Ana Navarro tried to find the silver lining and begged John Bolton to spill the beans to the media, instead.

Joy Behar expressed her disgust at Republican Sen. Lamar Alexander saying he would vote against witnesses today, or as she put it, vote against “saving democracy”:

“Lamar Alexander could have saved the whole thing by voting for more witnesses which would save democracy, a small thing, but no, he doesn't want to,” she seethed.

But Ana Navarro thought it would be great if John Bolton, the witness that Democrats wanted to testify, would just call up lefty journalists at ABC and CNN and tell them what he would’ve testified before the Senate.

She shamelessly argued the unverified information Bolton could give to the eager media would “really make a difference” to the public knowing “the truth”:

He could call George Stephanopoulos, or he could call Anderson Cooper or he can call Chris Cuomo. That could really make a difference. Think about all the interviews we have watched that--where we have learned so much from. I mean Lev Parnas, has told us more than John Bolton has….He doesn’t have to wait for a vote, he can go and give us the information now, because we deserve the truth!

Behar then touted Nancy Pelosi’s nonsense that Trump couldn’t be acquitted because this wasn’t a fair trial.

Hostin eagerly agreed before bashing the GOP as “extremists” who attack the Constitution and democracy for power:

I think that's accurate and it just seems to me that Republicans have sacrificed their own oaths to protect their electoral prospects at this point. I think they have dismantled our very institutions to keep power, for their own idealigies. They have. [ Applause ]

In my opinion, they've become this extremist party. They’ve trashed the Constitution.

The liberal hosts ended the segment fearmongering that an “unhinged” Trump would destroy America, if he was re-elected. Navarro added, “God forbid what he's going to do if he feels acquitted on this Ukraine. God help America!”