NYT's Gay Warns, 'Too Late' for Democracy; Without Bolton, We're No Better Than Venezuela! 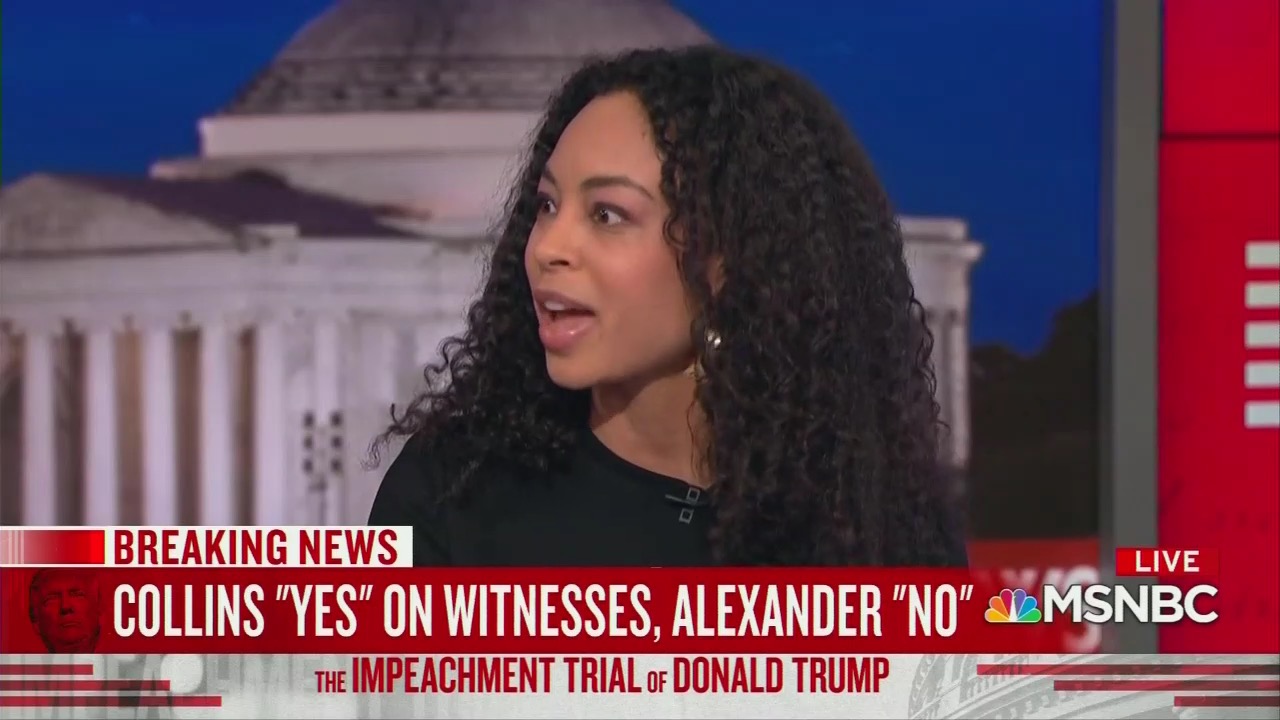 MSNBC’s unhinged liberal panel continued their emotional downward spiral all the way into Friday morning, after Sen. Lamar Alexander (R-TN) revealed he would be voting against bringing in witnesses for the impeachment trial. The New York Times’ editorial board member Mara Gay was so distraught, she fretted it was “too late” for “our democracy” and we would be just like Russia or Venezuela, if Democrats did not get their way.

Prompted by anchor Ali Velshi, Gay dismissively chided Republicans in the Senate as immoral and “spineless” (because apparently it’s “brave” to do Democrats’ bidding):

Yeah, I mean I still think when you read the political tea leaves on this that barring some kind of last-minute hail Mary, which is certainly possible, it's certainly possible that one of these Republicans could grow a spine and a conscience between now and tomorrow. But barring that, this trial is going to end in acquittal, and so I would just say tonight to our elected representatives in the U.S. Senate, I would ask them to do their job. I do think it's a moment to -- where it's not too much as Adam Schiff said to ask that. It's really not too much.

Velshi again prodded the Times’ journalist to make her case to their liberal audience why Democrats were on the right side of history and Republicans were wrong.

“[T]ell me why it should matter to Americans that this trial is as fair as it can be and that witnesses are called and documents are subpoenaed,” he gushed.

After Gay worried in the last hour that America would return to Jim Crow because everything was unraveling, she continued stoking fear in the network’s liberal audience. She ranted it was a “sad day,” and “too late” for our “democracy” without Democrats getting to call John Bolton before the Senate.

Completely serious, the delusional journalist even worried that 'truth' no longer mattered and America would go the way of Russia or Venezuela:

By the way, truth matters. I mean as a journalist, I just think that's what separates us from Russia, from Venezuela. This is -- this is the moment where we have to say, okay, we can see the facts, and everybody is entitled to his own opinion. But not his or her own facts. If we don't stand up for truth, this is really not a partisan issue.