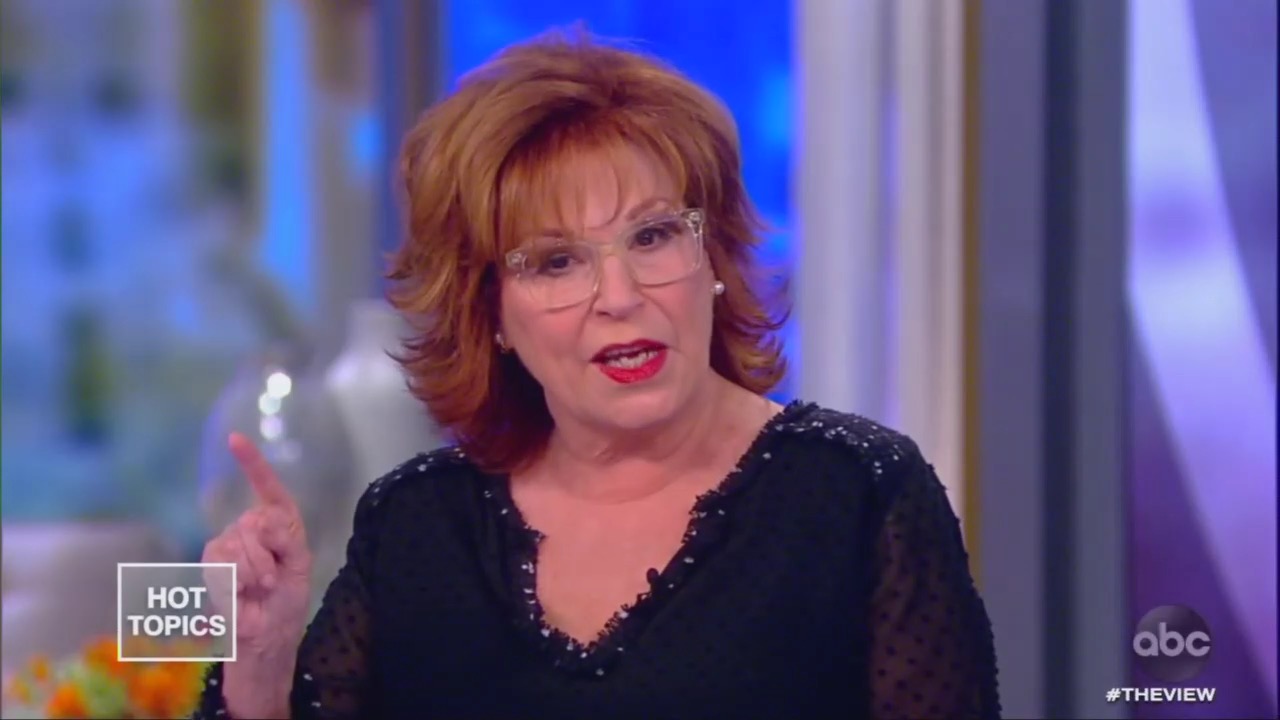 The media continued marching in lockstep with the Democrats Thursday on impeachment witnesses, as View co-host Joy Behar scolded Republicans "stand up" to Trump by voting against their party.

After co-host Meghan McCain complained how exhausting the impeachment process was, Behar sneered that the only thing she found exhausting was Republicans not “doing the right thing,” ie: what best serves Democrats.

In a pathetic appeal to her co-host’s late father, Behar demanded that the four moderate Republicans follow McCain’s “heroic” example, in siding with Democrats to preserve ObamaCare, or else you were "kissing Trump's butt":

JOY BEHAR: You know what I find exhausting, Meghan. You say you're exhausted. What I find exhausting is that we're waiting for four senators to do the right thing. Where is your father? Where is the John McCain in this group of senators who stands up -- Lamar Alexander [R-TN], we're waiting for him. Is he going to be John McCain or is he going to be one of the rest of them who are kissing --Who are kissing Trump's butt. That's what I want to know. Who is the one who’s going to do what your father did when he voted for ObamaCare against his party?

MEGHAN MCCAIN: Well I think ObamaCare is an entirely different thing than an impeachment but--

BEHAR: But the heroism is the same.

Meghan McCain countered Behar’s rant by pointing out that there are rumors that four Democrat Senators are also considering acquitting Trump.

But to the media, the only obligation to be fair-minded and impartial, is on Republicans.