'View' Defends NPR as Unbiased Against Sec. Pompeo, 'Not Telling the Truth' 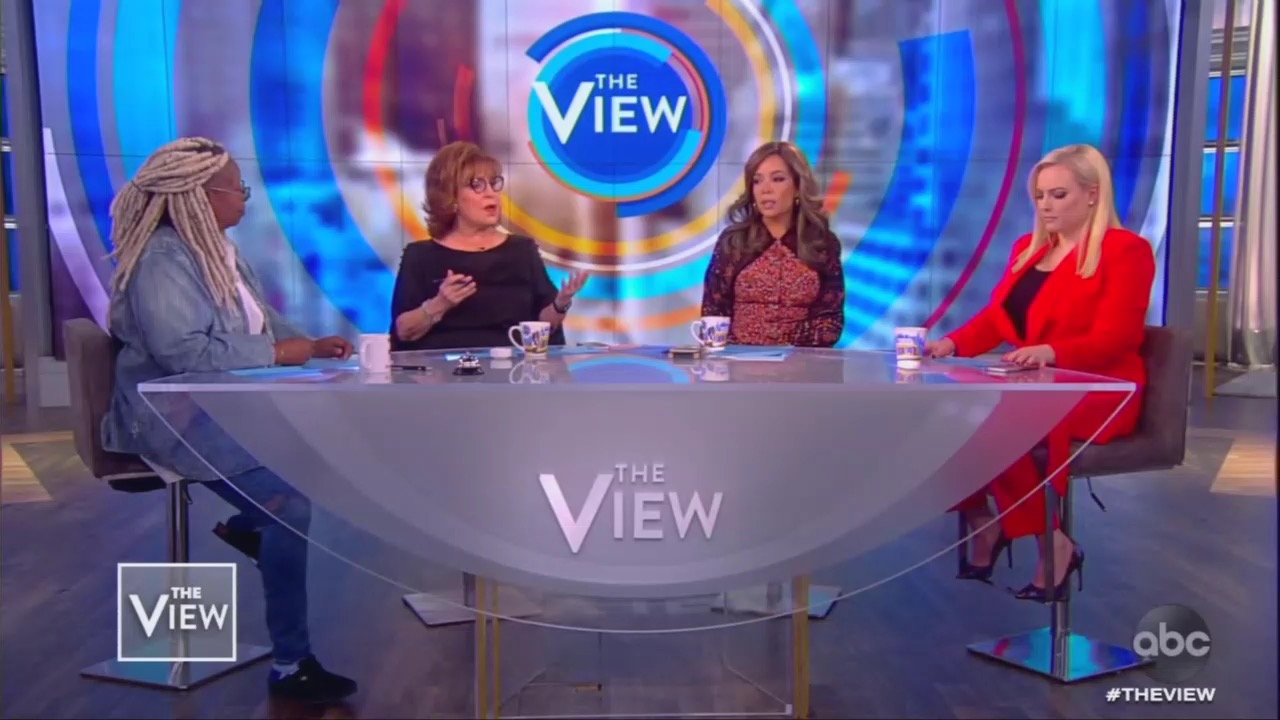 Monday on The View, the hosts defended NPR as an unbiased news outlet after Secretary of State Mike Pompeo yelled at one of their reporters and called her dishonest after a contentious interview. Co-host Meghan McCain wondered if the spat was over reporter Mary Louise Kelly's liberal bias, but the other hosts jumped in to defend NPR and Kelly while claiming Pompeo was the one, “not telling the truth.”

First, co-host Joy Behar slammed Pompeo as a “bully” before bringing it back to "criminal" Trump, of course:

It feels like the administration is loaded with bullies. He's another one with a short fuse. This guy [William] Barr is a bully. He's a bully. Pompeo is a bully. Trump himself is a bully. It's like an organized crime organization. It's like when you listen to the tapes of him saying ‘take her out,’ talking about Yovanovitch, he sounds like John Goddy, ok? He doesn't sound like the President of the United States.

Meghan McCain, was the only one to tout Pompeo's claim that NPR agreed to keep topics like Ukraine off limits:

“If you go into an interview and you're someone like Mike Pompeo and you say I want to talk about this, I don't want to talk about this and you agree ahead of time and that journalist breaks the agreement, I can understand how you would get frustrated,” she argued, adding this hostility between the administration and the press was being made worse by journalists like Kelly, “reporting off the record information all the time.”

However, Joy Behar, Sunny Hostin and Whoopi Goldberg were eager to defend Kelly. Whoopi even touted NPR as an unbiased news outlet, before claiming Pompeo was the dishonest one:

WHOOPI: Well we don't know that's what this is because she apparently has all of the texts between them saying --

MCCAIN: He has denied -- I think it's a he said/she said.

WHOOPI: Yeah but I think she's got the thing, but you know, I have to say NPR is the last place I would be concerned. Now, there are times when people ask questions you don't want them to and you have every right, but I think NPR as a network is kind of like PBS to me.

WHOOPI: I don't think this is showing the spread of people being disrespectful, but I do think he's not telling the truth because he went -- he did the same thing to Martha Raddatz. He played dumb with her last year when she asked about the call with Zelensky. He said the call never happened. He was on the call. So it's kind of shocking in a funny way…

BEHAR: It's also interesting, like, how else can you hold these people accountable? You finally have one of the players in your sight and you have to ask him the question that he doesn't want to answer. That's what journalists do!

McCain again brought up the left-wing bias in the media tarnishing these encounters. “I also think journalists are supposed to be unbiased in their questioning and if you already have an opinion that he's a piece of crap,” she began before her co-hosts cut in.

“We don’t know that! We don’t know that’s her opinion!” both Behar and Whoopi cut in to say. Hostin also exclaimed that Kelly was the co-host of All Things Considered, which was “very reputable.”

The problem is, NPR is biased, especially towards Iran, one of the other topics broached in the NPR interview. As NewsBusters reported in 2016, NPR was given 100,000 dollars in 2015 by a lefty group to help them promote President Obama’s “Iran Nuclear Deal.”

Kelly has demonstrated her own bias even very recently when she visited Tehran after Gen. Qasem Soleimani was killed. As she spoke to a spokesman from a terrorist propaganda outlet who bragged about wanting to kill President Trump she didn’t flinch and even labeled them a “conservative” and “right-wing” news outlet.