De Niro Claims Americans Are Traumatized by Trump: ‘Like Living in Abusive Household’ 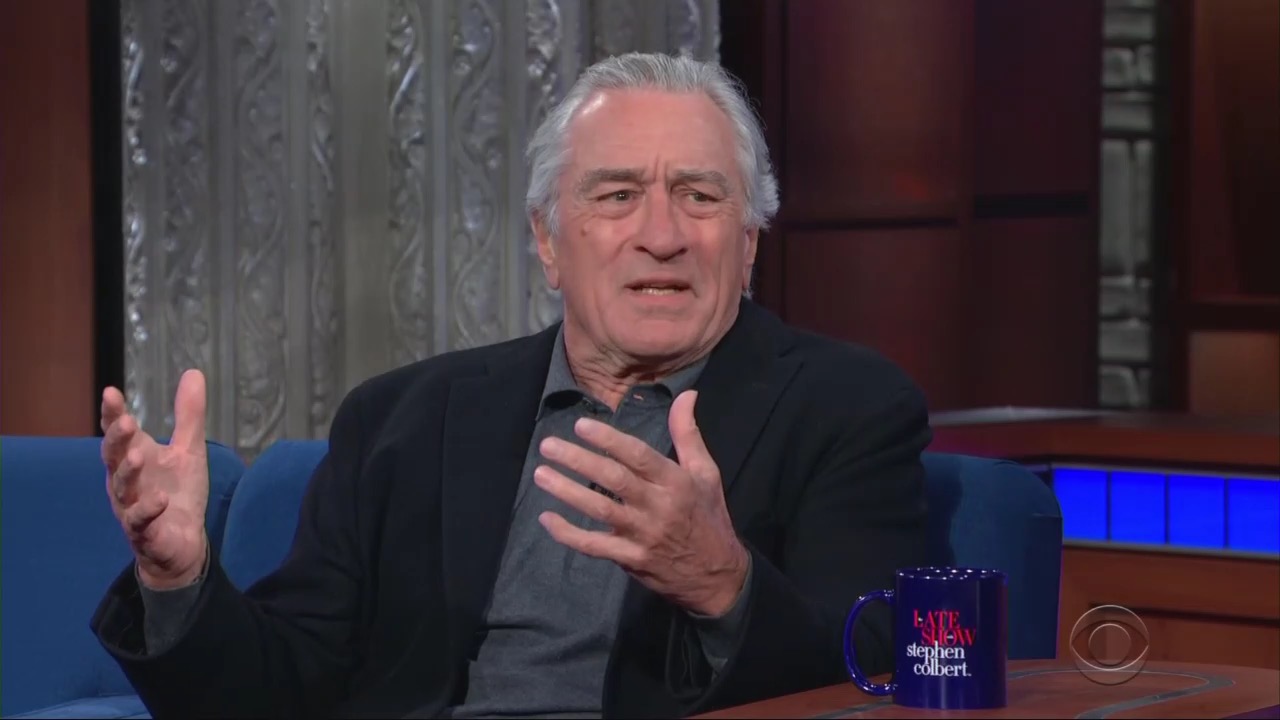 Robert De Niro doesn’t like President Trump, in case you couldn't tell. The actor, whom the media brings out from time to time with the sole purpose of bashing the President, did just that on The Late Show, Monday. De Niro was so traumatized by Trump that he claimed the country was living “in an abusive household.”

Almost immediately after the actor came on stage, host Stephen Colbert invited him to trash the President: “I want to talk about the president for a second,” the host remarked, to which De Niro snarked, “Who?”

Colbert then warned the foul-mouthed actor to keep it clean for CBS. That led De Niro to mouth silent obscenities to the audience as a joke. Pressing on, Colbert claimed Trump was like a mob boss and asked, “How do you think you actually defeat a mobster?”

De Niro remarked Giluliani used to target mobsters, but now was “representing this gangster first family.” Colbert joined in the hyperbole, lamenting that Giulani working for Trump was “kind of heartbreaking,” to see a “hero” “fall.”

But De Niro gushed it was “more than heartbreaking.” He claimed America was in a "really serious" traumatic situation, like living in an abusive household (where Trump of course, was the abuser):

DE NIRO: To me it's more than heartbreaking. It's a really, really serious situation we're in. I don't want to bring people down, but --

COLBERT: No. Yeah, I think they came pretty down.

COLBERT: Because only one angry person gets to say what is real, what the truth is.

DE NIRO: Exactly. And the truth is not from him, that's for sure.

In full attack mode, the liberal actor then slammed Trump as a “fake president” to applause from the audience.

“And he's a fake president,” a new favorite insult he’s been trying out lately.

Invited by Colbert to explain, De Niro claimed Trump was “projecting” by calling everything “fake:”

“Well, he calls everything fake because he knows he's fake, so he's projecting," he claimed.

Afterwards, the two liberals emphasized the urgency to get Trump out of office. De Niro praised both Democrat contenders Mike Bloomberg and Pete Buttigieg as worthy alternatives.

“I like Bloomberg. He's an adult. He's a grownup...to me, Bloomberg might be the one,” De Niro gushed. He also said he “loved” Buttigieg, and others without naming names. "We need to get past this horrible situation," he added.

So really, any Democrat is a good choice as long as it’s not Trump. Sounds more like De Niro is projecting his own problems with Trump onto the country.