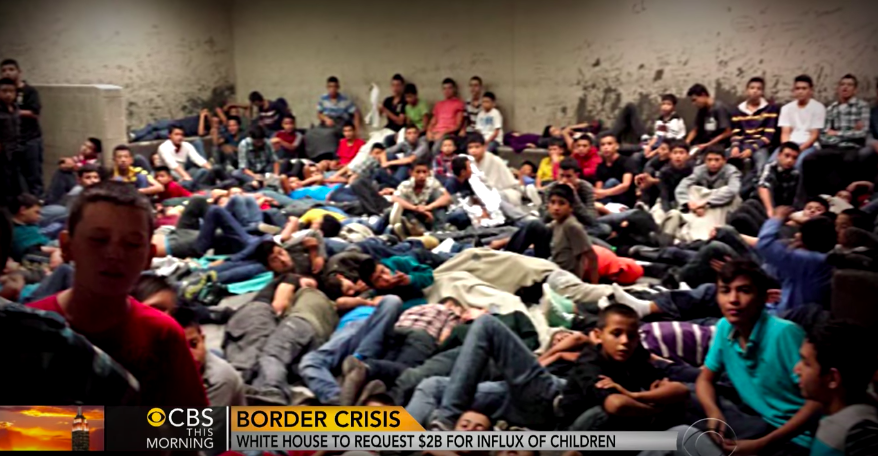 This would be funny, if it wasn’t just so sad. Several media outlets had their credibility put to the test this week (and shocker, failed miserably) after a report from the United Nations out Monday left out a pretty significant detail. The report appeared to condemn President Trump over the "inhuman" border policy, calling the U.S. out for having the "world’s highest rate of children in detention [centers]." The media rushed to share the report as more bad news for Trump. However they were singing a very different tune when the UN report’s author later clarified that his data was from 2015, when President Obama was in office.

Unsurprisingly, a number of outlets rushed to salvage their reports upon finding this out. But instead of keeping the reports up with a correction for the dates, they scrubbed their ENTIRE stories.

Agence France-Presse, or AFP News Agency was one of the first media outlets to tout the UN Report. They tweeted Tuesday morning, “Breaking: More than 100,000 children in migration-related US detention: UN.” That tweet is still up on Twitter. But after finding out the report used numbers from the Obama presidency, a full day later, they pledged to delete the story.

AFP is withdrawing this story.

We will delete the story. https://t.co/p30UjEWl7u

NPR also deleted their entire story. Their headline was changed from “U.N. Expert Faults U.S. for ‘Inhuman Treatment’ and High Incarceration of Children” to “Correction: Report Temporarily Withdrawn Because of Error in Study Data” at 6:53pm ET, Tuesday. That “error” wasn’t clarified in the subsequent paragraph, which simply stated: “We have temporarily withdrawn this story about U.S. incarceration rates of children because the U.N. study’s author has acknowledged a significant error in the data. We will post a revised article with more complete information as soon as possible.”

Nearly a full day later, it hasn’t been updated.

Proving once again, that if the facts don’t fit their narrative, the media’s solution is always to bury them.