CNN: Country Is Divided Because Republicans Moved to the Far Right 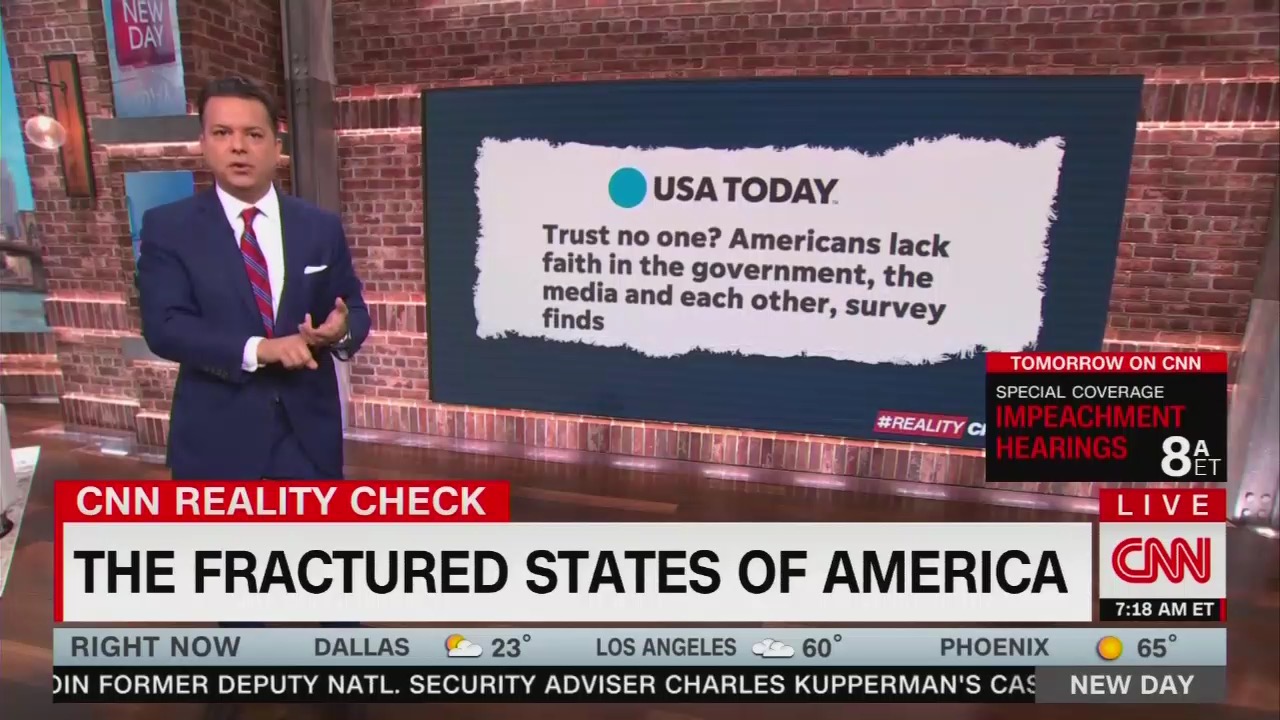 If you thought a party that embraces socialism, has a religious devotion to environmentalism, believes in open borders and celebrates abortions to the point of birth was pretty radical, why, you’re just imagining things, according to CNN. CNN’s John Avlon explained to his audience on Tuesday’s New Day, that it isn’t Democrats who have become too extreme, it’s Republicans.

During his “reality check” segment, the CNN political analyst took on the topic of America’s polarization in a special series he’s calling, “The Fractured States of America.” After going into a brief history lesson, he pointed out the majority of the country was united in the 1940s, '50s, and early ‘60s in big issues such as the wars we were involved in. Avlon praised government’s ability to “get things done” in those days, despite there being more “ideological diversity” in the two parties than there is today. What changed? Apparently Republicans did, with the rise of the Tea Party:


There's less and less political incentive to vote across party lines while partisan media demonized even modest political differences. Take a look at this Tea Party class, that led the backlash of President Obama, the center totally hollowed out. We also have asymmetric polarization. Republicans have moved further right than Democrats moved left, and that tea party congress was determined to be the most polarized ever going all the way back to reconstruction. Things have only gotten more polarized under President Trump, the second Republican in 16 years to win the White House despite losing the popular vote, something that didn't happen once in the 20th century.

He goes on to tie America’s distrust of the media and the deep state, as a result of this shift to the far right, while throwing in some griping about the right not wanting to compromise on guns, and not believing in “science” ie: climate change:


We’ve seen increasingly bitter personal divides, accompanied by a decline in trust in the government, the media and each other. We see our polarized congress unable to summon the will to address common problems, rooted in science like the climate crisis while ignoring obvious bipartisan compromises on immigration or infrastructure -- failing to take action even when super majorities support things like expanding background checks with rising gun violence. Now we see a country facing its third impeachment inquiry since this period of polarization began after only one other in our whole history before.

Finally, he ended the segment by appealing to compromise and the return to “moderates:” “[W]e're going to need to remember some practical wisdom from President Eisenhower who said ‘the middle of the road is all the usable surface. The extremes, right and left, are in the gutters.’”

Notice how Avlon complains that the right is too extreme and won’t compromise on guns, and climate change, even though 2020 Democrat candidates are the ones trying to force radical legislation on these matters (gun “buybacks,” The Green New Deal).