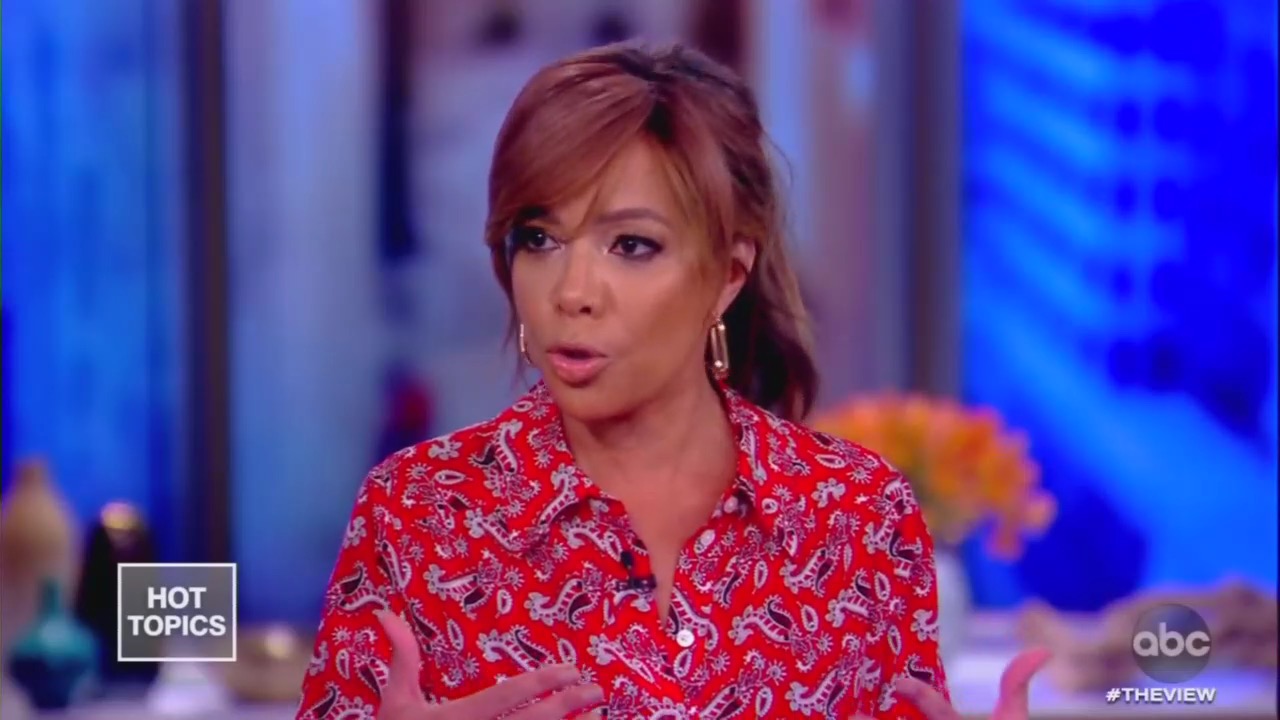 On The View Tuesday, in the absence of co-host Joy Behar, it was Whoopi Goldberg and Sunny Hostin’s turns to make ridiculous statements. While discussing Hunter Biden’s disastrous interview on ABC this morning, Hostin tried to make the case that Biden was actually qualified for the lucrative Ukraine gas company position, and it wasn’t a result of his father’s influence.

On the other hand, Whoopi argued that Democrats needed to focus on the economy instead in tonight’s debate, and convince Americans how they’re going to help lower their taxes. Sounds like Whoopi needs to switch parties.

The show started off by playing clips from the GMA interview with Biden. Sunny Hostin complained we weren’t talking enough about Trump’s foreign business dealings: “But I just think it's the height of hypocrisy for Donald Trump and his family to say anything about any other family's foreign interests anywhere in the world,” she complained saying that the Trump family used the White House “like a cash register.” She went on to echo Hunter Biden’s pitiful excuse that he wasn’t a recipient of nepotism but was actually qualified for the Ukraine gas company board, because he was on the board of American railroad service, Amtrak:

I just want to mention one thing -- two things. One, Hunter Biden also had board experience. He was on the board of Amtrak before he joined this board, so the notion somehow that he got it just because of his name, I don't know it's 100% completely true in terms of the nepotism allegations.

From there, Whoopi went on to say Democrats in tonight's debate, needed to "convince" Americans they are going to help them out economically, instead of going after Biden. While railing against high taxes, she blamed President Trump for not having as much money in her bank account:

What the Democrats need to do tonight is what they've needed to do every time they get together: Tell people what you're going to do for them. Tell them how you're going to make it better because now, Americans, you can't put your kid in a summer program because you don't have any money because you couldn't put anything aside…

Because you Americans, we all are working to pay our taxes. We are taxed within an inch of our behinds by everybody and part of the problem is the man that's in there now put together a tax program that was supposed to make it better and didn't.

This isn't the first time Whoopi has complained she doesn’t like her high taxes and she’s looking for a Democrat candidate to address her problem. It seems Whoopi’s problem is she actually a fiscal conservative but doesn’t realize it or want to admit it.