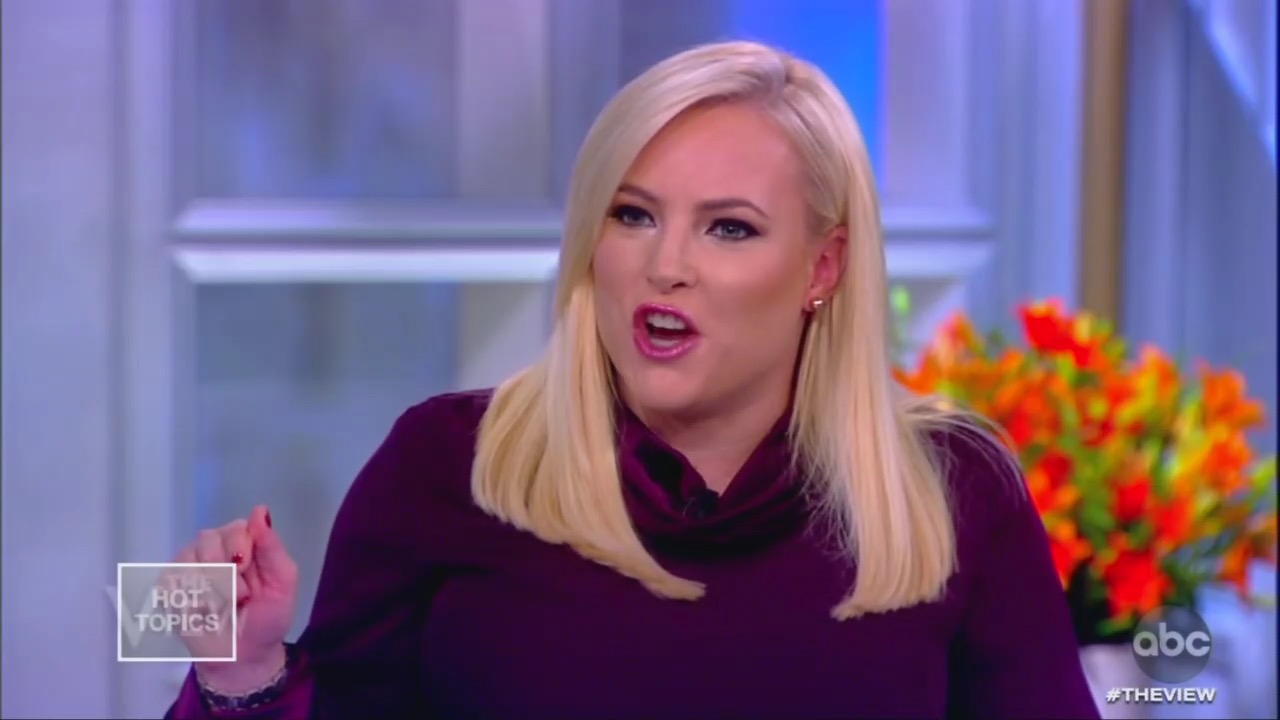 The View lately has turned into five hosts parroting the same liberal ‘view’ point instead of just 4 hosts doing that. On Monday’s show, the hosts were unified in their disgust for Republicans and conservative media pundits who went on cable news this weekend to question the whistleblower complaint, after new details have come forth. Meghan McCain was more angry than her liberal colleagues, raging that Mark Levin, Lindsey Graham and others were behaving “hysterically” while she simultaneously praised liberal anchors like George Stephanopoulos as reputable journalists.

After laughing at a montage of conservatives on television this weekend defending the president, co-host Sunny Hostin started to say something nasty about Lindsey Graham before quickly censoring herself. She also mocked conservative talk show host Mark Levin as someone who was no longer respected:

Her co-host Meghan McCain jumped in to heap praise on the journalists who were combative with these conservatives.

“Shoutout to people like Jake Tapper, Ed Henry, Chris Wallace, George Stephanopoulos for really doing their jobs this weekend and holding their feet to the fire!” she gushed before moving on to her main point, that these conservatives and Republicans were on the losing side, for blaming the media:

McCain went on to argue that any conservative going on television to question the details of the whistleblower complaint was wearing a “tin foil hat.”

Displaying her total lack of self-awareness, she then angrily complained that if the hosts of The View behaved as these conservative men did, they would be labeled “hysterical bitches” and “fired:"

MCCAIN: If any of the women on this show behaved the way some of the men were behaving, we would be hysterical maniac crazy bitches all over the internet, and these guys get away. [applause]

MCCAIN: The way some of these men are being covered and the way we’re covered in the media, I was furious. I was, like, if any of us went on TV dropped [bleep] Screaming into the camera in, like, this direct way with props behind us, we would all be fired!

The hosts ended the segment bringing up the Biden campaign telling the media to not let Rudy Giuliani on their shows. Whoopi suggested Giuliani be “fact-checked” in real time as President Trump is, on CNN.