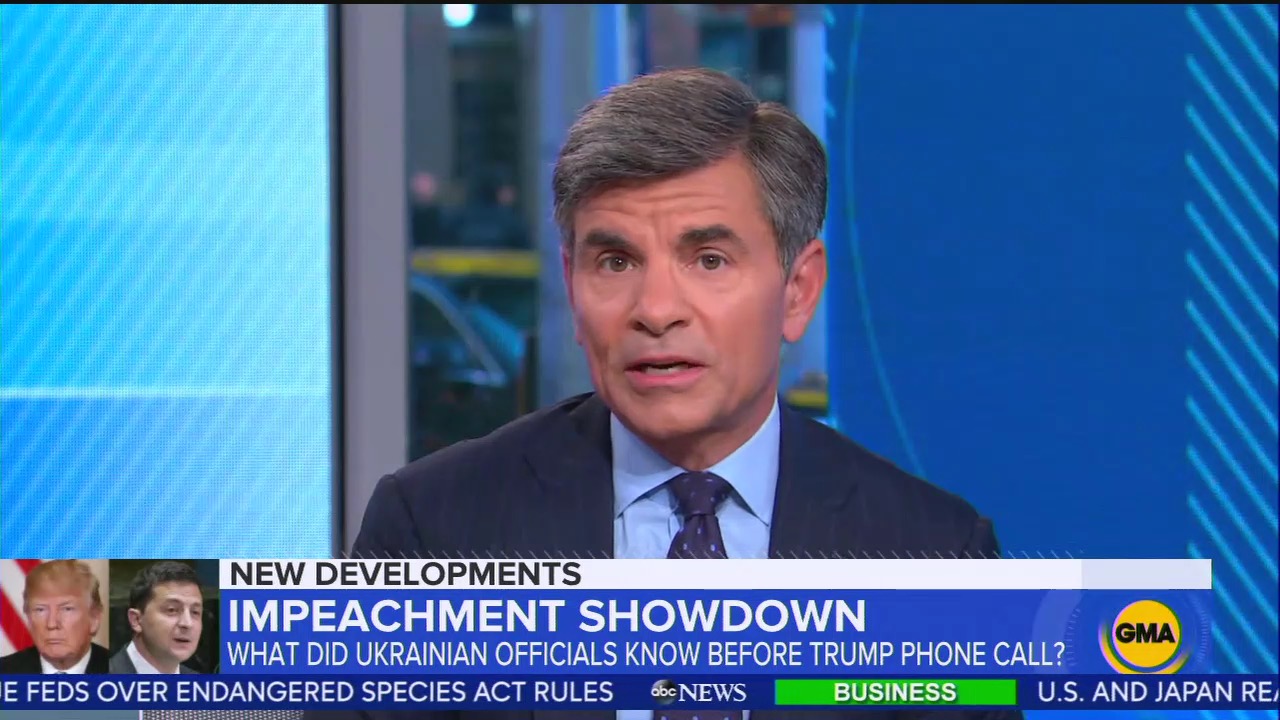 As is often the case, ABC misled its audience by tweeting a deceptive headline and story, only to issue a correction after the damage was done. To make matters worse, the network doubled down on their spurious story by giving it airtime on Good Morning America, Thursday morning in two separate segments.

Late Wednesday, ABC News published a report on their website alleging a former adviser to the Ukrainian President Zelensky, Serhiy Leshchenko, told ABC that the Hunter Biden corruption investigation was a “precondition” to speaking on the phone with President Trump. The tweet to the story currently reads, “Ukrainian officials understood discussion of Biden probe was a condition for any phone call between Pres. Trump and Ukrainian Pres. Zelensky, an adviser to Zelensky tells ABC News.”

Except for the fact, that Leshchenko isn't actually an adviser to Zelensky, and allegedly wasn't at the time of the infamous July phone call between the two presidents. To make matters worse, Leshchenko later “clarified” in an updated version of the article, that this wasn’t private knowledge or discussed at all, but something that was “obvious.” So why the misleading tweet and headline, ABC?

Twitchy has a roundup of other journalists who tweeted that ABC got it wrong. A BBC reporter for instance, tweeted that he also spoke to the former adviser and he had only got this information from the media:

Leshchenko is no longer a Zelensky adviser or Ukrainian official. Rudy Giuliani forced him out of the presidents inner circle.
I spoke to him yesterday - he said something similar re “quid pro quo” but said he’d learnt it only from media reports. https://t.co/N6rzVPjmRX

ABC did later issue a correction pointing out Leshchenko was a “former adviser." But the network tried to sell the deflated claim again on Good Morning America, the next morning.

Anchor George Stephanopoulos gushed that "[N]ew reporting and the new President's team understood there was a precondition to any phone call with President Trump." Correspondent Tom Llamas noted a "former adviser" to Zelensky told ABC that it was "a clear fact that Trump wants to meet only if the Bidens will be included."

Even as Llamas acknowledged that the former adviser was a "Trump critic" and that that he later "clarified" his comments to say "this was not inside information but rather, common knowledge," the network continued touting the information as if it confirmed the anonymous whistleblower complaint. Stephanopoulos and Jonathan Karl gushed that the released whistleblower complaint backed up their dubious Leshchenko story, later in the hour as well:

DAN ABRAMS [reading the whistleblower letter]: ‘Multiple U.S. officials told me the Ukrainian leadership was led to believe that a meeting or phone call between the President and President Zelensky would depend on whether Zelensky showed willingness to play ball on the issues that had been public aired...

GEORGE STEPHANOPOULOS: And let me interrupt you there because that corresponds...That's corresponds with what we've learned from Ukrainian officials as well. They understood--

JON KARL: A Former Ukrainian official who told Tom [Llamas] that that was a condition for this call.