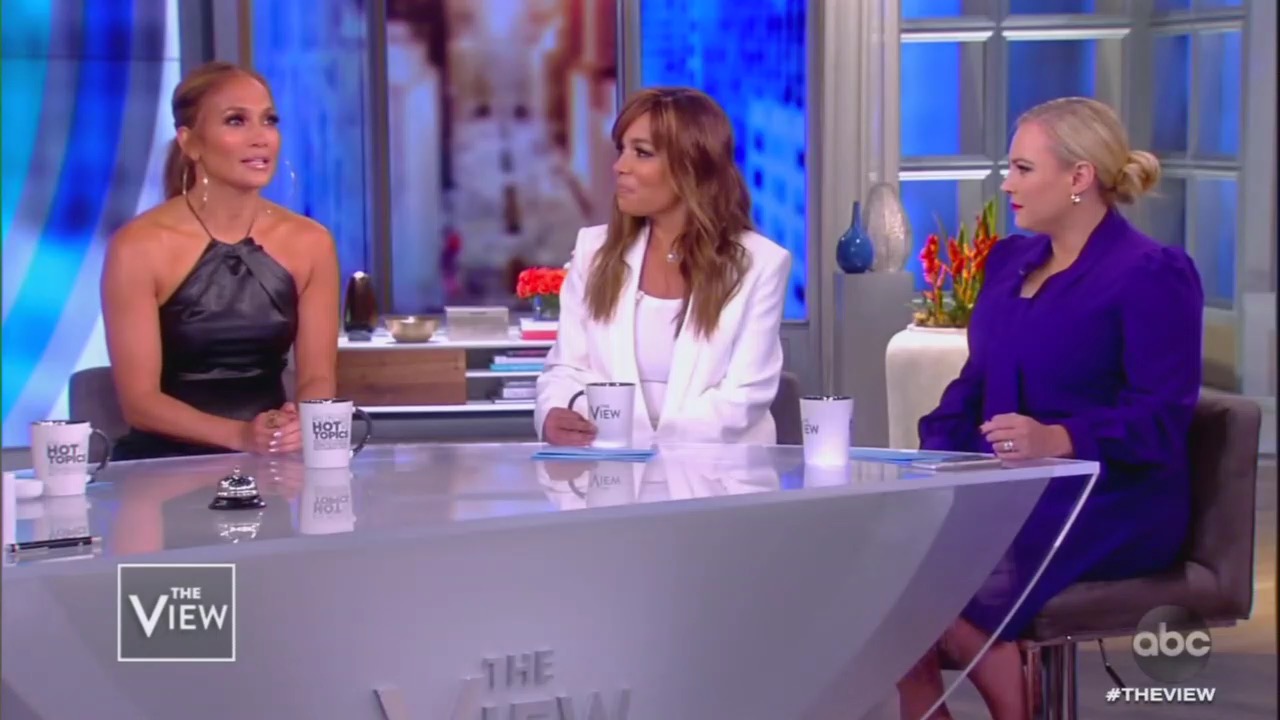 Actress and singer Jennifer Lopez was the guest on Thursday’s The View, where she promoted her new film, Hustlers, about a group of strippers who steal money from their Wall Street clients. However, the hosts were more interested in hearing about how much the singer loved the liberal Supreme Court Justice Ruth Bader Ginsburg.

Amidst talk of her turning 50 years old, co-host Meghan McCain prompted Lopez to dish advice she received from her “incredible” “idol” Ginsburg:

“One of your idols is also a woman who is incredible at any age, which is Justice Ruth Bader Ginsburg,” McCain stated, to which Lopez gushed, “Yesss! The notorious RBG, yes!”

McCain continued, asking, “I understand you asked her two really important questions, and the first one was what can we do to stop being so divided? Obviously we would all like to know what she said.”

Lopez didn’t answer that question, but instead recounted how she arranged to meet Ginsburg recently during a trip to Washington D.C., after watching her documentary and being impressed with “all the laws that she’s been involved in passing for women and for minorities:”

[W]e watched her documentary. I don't know if you guys have seen it, but it's really good and it talks about her life and her journey and all the things she has done for this country, and all the laws that she has been involved in passing for women, for minorities and she has been a real advocate, and she also had this amazing marriage...I’m here out promoting her documentary, but it really had an impact on me!

Lopez went on to say that she sat down with Ginsburg for an hour while in D.C. and asked for her marriage advice. Ginsburg recalled her mother-in-law’s advice was “sometimes it helps to be a little deaf." Lopez explained, “[L]et things roll off." The singer gushed that Ginsburg's "superpower" was being calm:

"I think her superpower,is being calm. Calm is a superpower, and she doesn't let people and all of the stuff, kinda, make her go crazy, and that's I think a real -- a real kind of trick to marriage as well,” Lopez stated.

On Tuesday’s GMA, she also was prompted by George Stephanopoulos to gush about the meeting with Ginsburg. Lopez was also invited to tell the same story on The Tonight Show, Tuesday. It seems the media’s fangirling for Ginsburg isn’t going to wane anytime soon.