Prolific horror fiction novelist Stephen King appeared on ABC’s The View, Wednesday to plug his newest book The Institute, about a group of kids with supernatural abilities who are kidnapped by a group of zealots, locked up and experimented on. While King claimed he left politics out of his stories, he connected the Trump administration “locking up kids in cages” as making his fictional novel, come to life.

Co-host Sunny Hostin posed the question: “As you were finishing it over the Summer, it started to parallel, real life events. I’m afraid to even ask. But how so?”

King claimed the story was originally inspired by concentration camps during World War II and C.I.A. mind experiments in the 1950s, but the current political reality crept in. He claimed he wasn’t trying to bring politics into his story, because people could watch “MSNBC or Fox” if they “wanted news,” but that reality was now imitating his fiction:

KING: But sometimes, life comes along and imitates art instead of the other way around.

Although King claimed his fiction wasn’t political, he had no problem tying his latest book to the Trump administration,“locking up kids in cages:”

“[A]nd as I was re-writing this book, all at once I find out, we're locking little kids up in cages on the border and I'm thinking to myself, this is like my book!” he gushed. Joy Behar and Sunny Hostin murmured agreement, with Hostin adding, “Wow, wow.” 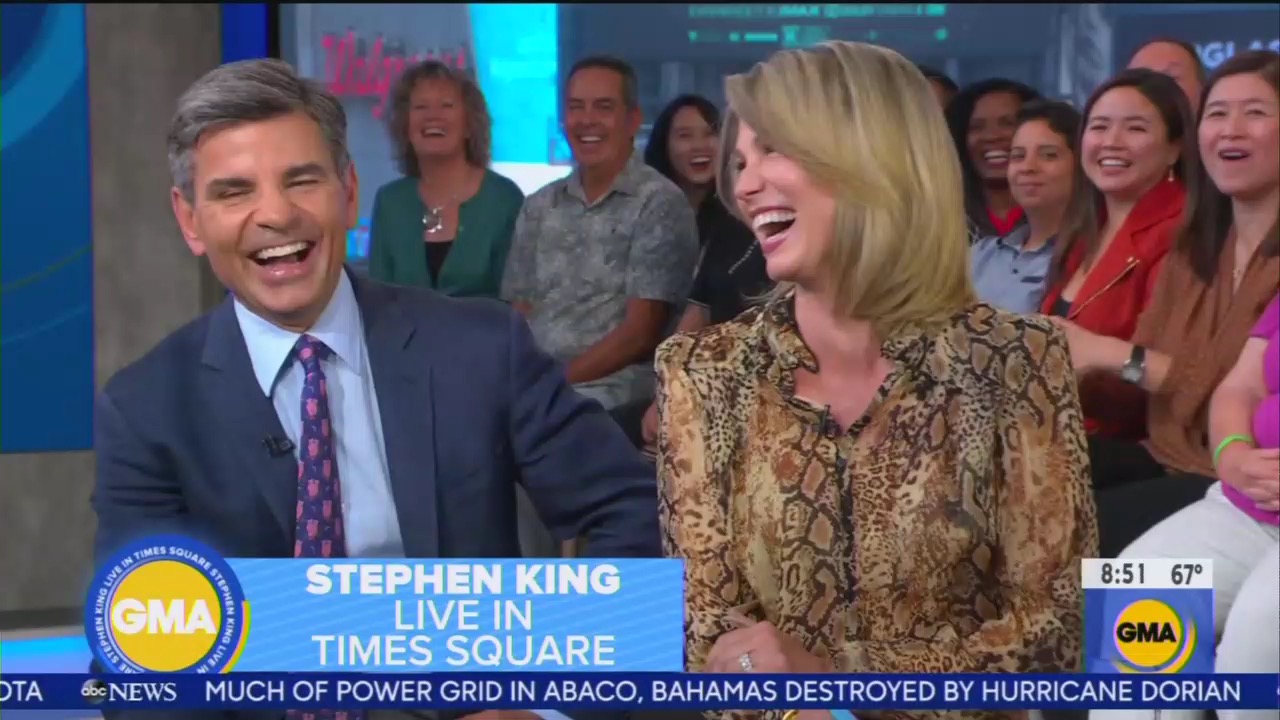 The author was also on ABC’s morning program, Good Morning America Tuesday morning to promote the book, when politics came up. Asked what “scares” him and “keeps [him] up at night,” King sighed and responded, “the current political situation,” ie, President Trump. That answer drove the GMA interviewers, George Stephanopoulos and Amy Robach, into fits of giggles.

.@StephenKing on his new book and what keeps him up at night: “there are things that scare me in the real world.” pic.twitter.com/Z6h0EXuki0

This isn't the first time King has made this comparison. To the New York Times, he claimed it was "creepy" and "weird" how Trump's border policy mirrored the events of his book.