Whoopi Slams Actress Trying to Dox Conservatives: ‘People Can Vote for Who They Want to!’ 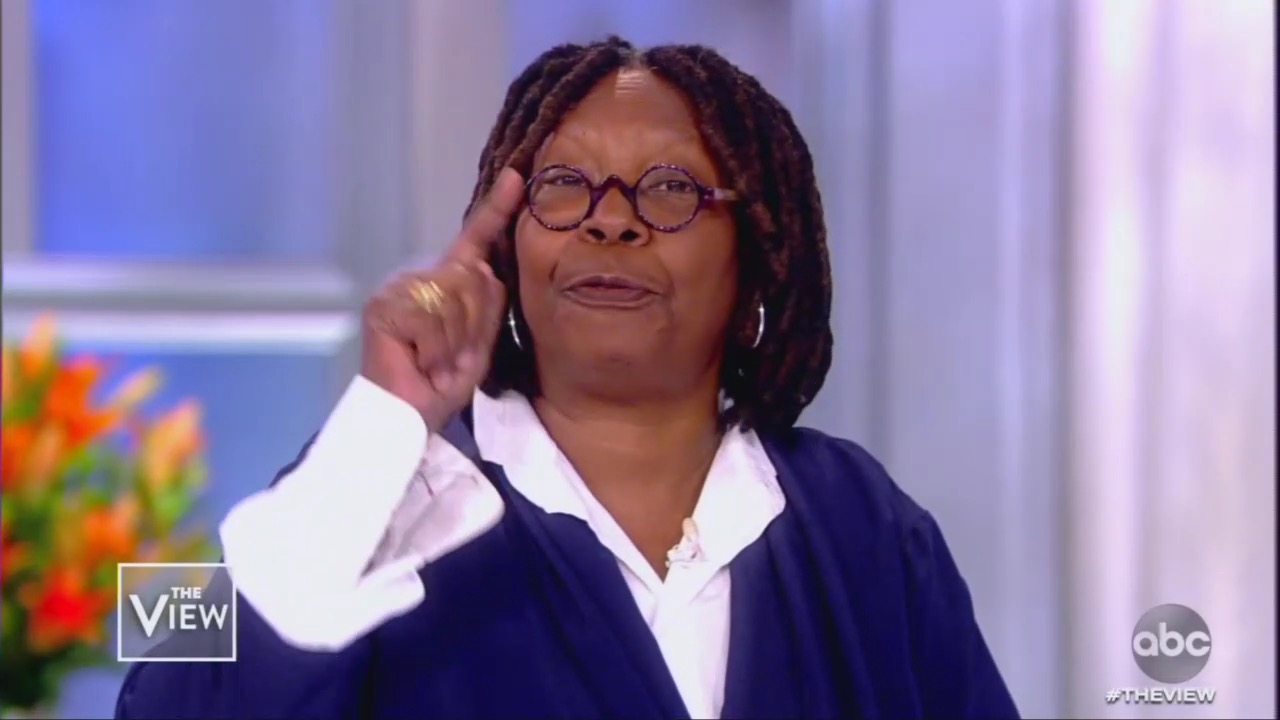 Co-host Whoopi Goldberg began the first show of The View’s new season displaying a more libertarian stance on hot-button issues such as gun rights and free speech. After suggesting that we didn’t necessarily need more gun laws, but needed to close the loopholes in our current laws at the beginning of the show, she went on to make an impassioned plea for her fellow actors in Hollywood to stop blacklisting Trump supporters.

The segment started with Whoopi reading off the news that Will and Grace actress Debra Messing and her co-star Eric McCormack had tweeted over the weekend that the media needed to print a list of donors to Trump’s fundraiser in Hollywood because they didn’t want to work with them.

After making a joke about it being a “white list” (because only white people support Trump), fellow co-host Joy Behar surprisingly came out against it, making a distinction between companies and naming individuals:

“When its individuals, then you’re stalking and you’re starting to endanger that person’s life. So I don’t approve of that,” Behar argued.

Sunny Hostin, however, echoed Messing’s message that Trump donors should be “proud” to have their names publicized, if they agree with his message.

“Why aren’t you proud of your support? If you’re proud enough to pay the money and donate--I mean, I’m not condoning any violence against anyone,” Hostin began to argue. Behar pointed out, “But that’s what happens,[violence].”

Whoopi got the last word in the conversation and she came out strongly against this type of behavior, even making a statement that would make many liberals heads explode today: “People can vote for who they want to...you don’t have to like it!”:

Listen, last time people did this, people ended up killing themselves. This is not a good idea, okay? Your idea of who you don't want to work with is your personal business. Do not encourage people to print out lists because the next list that comes out, your name will be on and then people will be coming after you.

No one -- nobody -- we had something called a blacklist and a lot of really good people were accused of stuff. Nobody cared whether it was true or not. They were accused. And they lost their right to work. You don't have the right in this country. People can vote for who they want to. That is one of the great rights of this country. You don't have to like it, but we don't -- we don't go after people because we don't like who they voted for. We don't go after them that way. We can talk about issues and stuff but we don't print out lists, and I'm sure you guys misspoke when you said that because you -- it sounded like a good idea. Think about it. Read about it. Remember what the blacklist actually meant to people, and don’t encourage anyone, anyone to do it!