Hostin Praises De Blasio: Your ‘Terrific Accomplishments’ in NYC Should be ‘Duplicated’ Across US 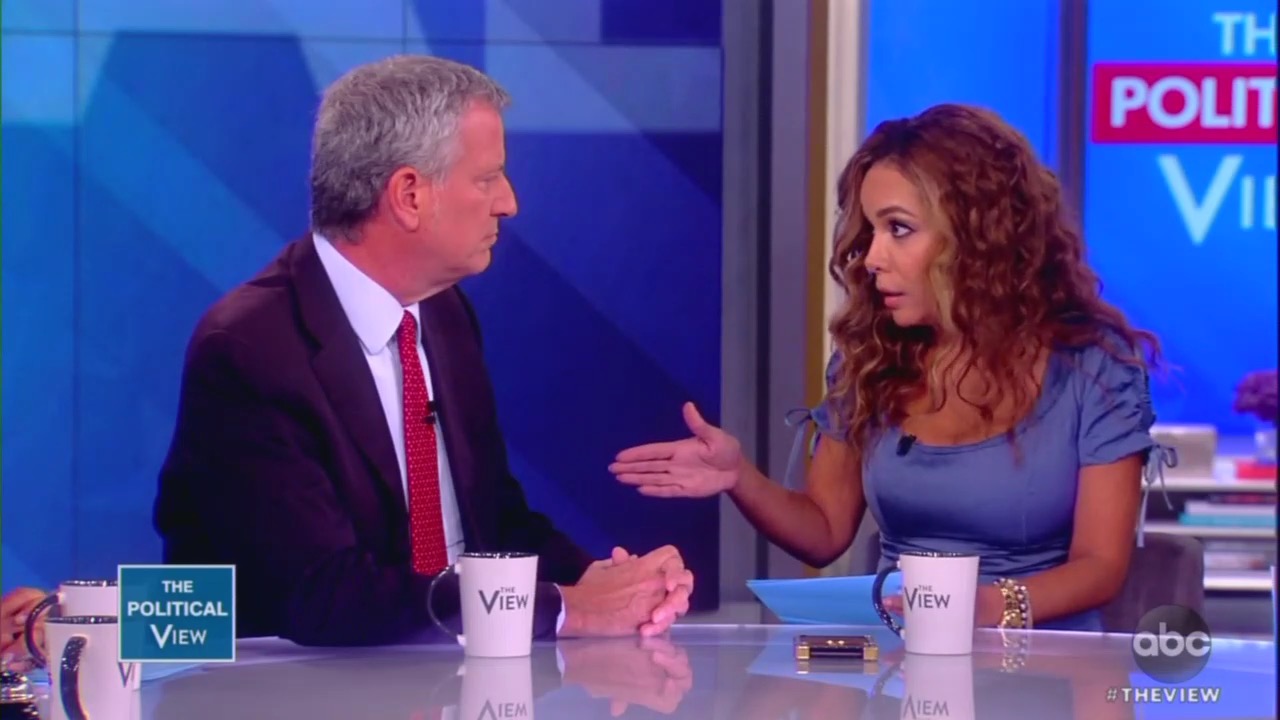 2020 candidate and New York City Mayor Bill de Blasio was guest on Friday’s The View where he received ample praise from the liberal co-hosts but was called out by hosts Meghan McCain and Ana Navarro.

Co-host Sunny Hostin admitted that she didn’t understand why de Blasio’s approval ratings were low in New York, considering all of his “terrific accomplishments.” She gushed that his policies should be copied everywhere across the country:

Mayor of New York City, you created universal pre-k, you expanded paid sick leave, and reduced stop and frisk policing, thank you. You oversaw the city's 15 minimum wage hike. They're all terrific accomplishments in my opinion. They should be lauded not only by New Yorkers but across the country and duplicated also in my view. But your approval rating in New York is only 42% and I don't understand that. Why do you think that is?

Calling New Yorkers, “highly opinionated people,” De Blasio went on to brag how crime has gone down in the city. That’s not the full truth. According to a local ABC News station in NYC, NYPD statistics have shown a general decrease in crime but a substantial increase in murders and rape. But none of the View hosts would press the Democrat on that.

Meghan McCain, who has been a strong pro-life advocate on the show many times before, could’ve pressed De Blasio on his extreme abortion positions, including the horrifying celebration of legalizing late-term abortion in the city, by turning the One World Trade Center building pink, earlier this year. She instead chose to call out his bad “optics” in staying out campaigning while the city had a 6-hr blackout last month.

Co-host Ana Navarro actually pressed de Blasio on his record of praising socialist dictators and honeymooning in Cuba. The mayor deflected, denied he supported socialism, while turning the question around to attack Donald Trump as the “real socialist," with agreement from Joy Behar:

DE BLASIO: I also want to say something about the charge of socialism. Get used to it. You’re going to hear it from Donald Trump for the next year and half.

BEHAR: No matter what you do!

De Blasio: We have to be really clear. Donald Trump is the real socialist, the problem is it's socialism for the rich. He's making sure that the rich get whatever they need from the government.