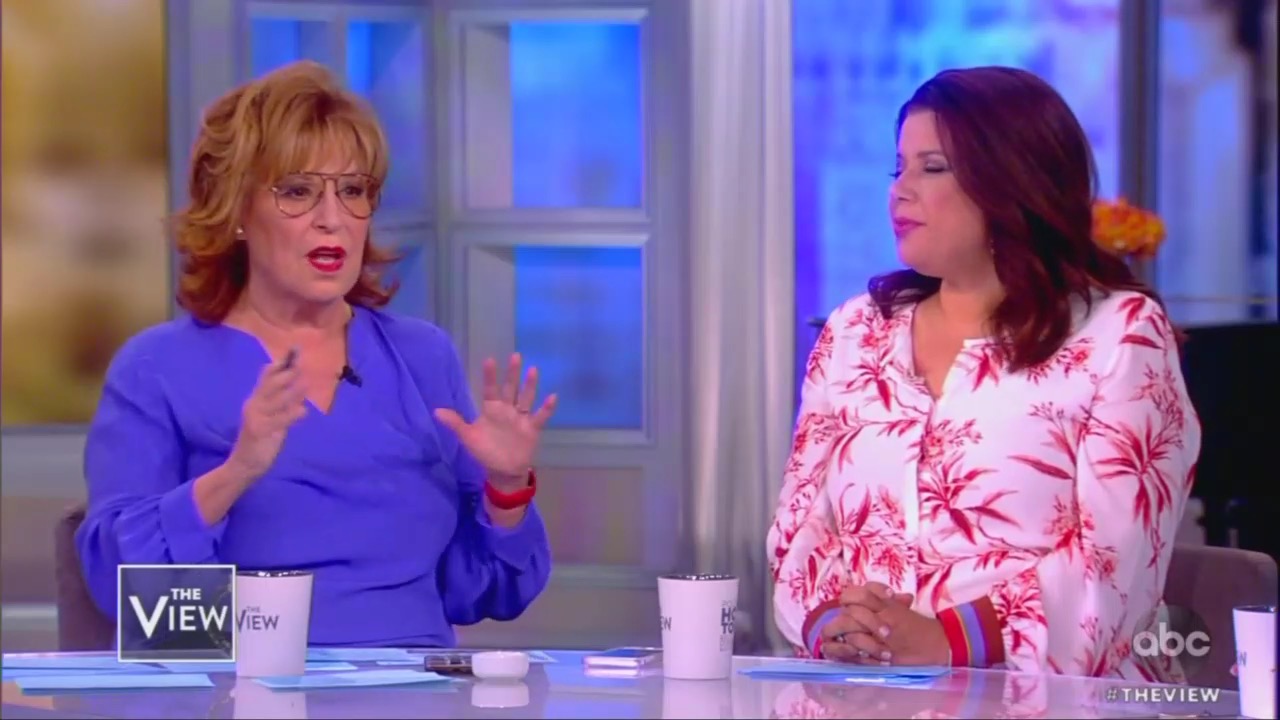 Friday on The View, the liberal co-hosts predicted that Republicans would cheat in 2020 and declared they couldn’t win “legitimately” no matter what. Following the media’s messaging that Republicans were happy to receive “help” from the Russians in 2016, and would do so again, the hosts warned that if Trump won reelection in 2020, everyone should call into question its legitimacy.

After touting Joe Scarborough’s attacks on “Moscow Mitch” McConnell, co-host Joy Behar sneered that without help from our adversaries, Republicans couldn’t win the presidential election in 2020:

“The Republican party realizes that demographically they cannot win legitimately. I think they know that,” she asserted.

After some disagreement from Meghan McCain and Ana Navarro, Behar added Republicans couldn’t win “without Comey interference, without Russian interference” and “gerrymandering,” (as suggested by Sunny Hostin.) Behar doubled down on her conspiracy theory that we don’t have free and fair elections in this country:

“They have it rigged. Trump used to say it's a rigged system. Yeah, in your favor, mister!” she gushed.

Even as co-host Sunny Hostin conceded that no votes were changed in the 2016 election due to Russian interference, she claimed if it happened in 2020 and Trump won, he would not be a legitimate president:

What scares me is that there is evidence that Russians hacked into the ballots, the electronic ballots in 50 states, all 50 states, but didn't change any of the votes. It seems to me they were just trying to see if they could do it. So since this President doesn't believe in his own intelligence community and has done nothing to stop that from occurring in 2020, who is to say that if he is re-elected that it's a legitimate election?

Earlier in the show, Hostin ranted angrily that she “didn’t care” about Democrats alienating swing voters or people who would vote for Trump and that Dems should just focus on getting the vote of people who didn’t cast a vote in the 2016 election who already hated Trump:

That means 100 million people who have the legal right to vote just decided it wasn't worth it. Those 100 million people need to show up, so we need a candidate that are going to energize those people to walk out of their doors and walk to the ballot box and vote. That’s what we need. Who cares about the Trump voters? If you still support this president after his racism, after putting kids in cages, you're not going to change. You’re foregone. I don't care about you. I care about the 100 million people.