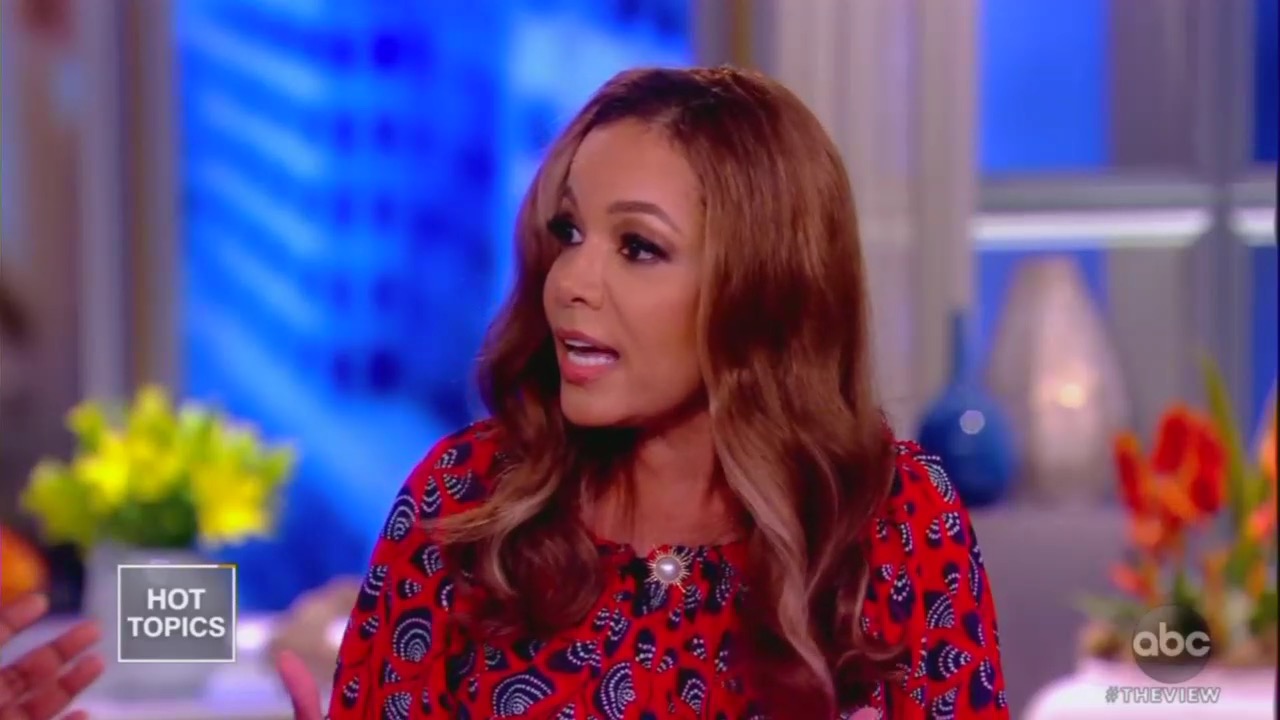 The View co-hosts kept defending the Democrat “squad” Monday, after the media firestorm surrounding President Trump’s tweets against them refuses to die down. Co-host Sunny Hostin even attributed a fake quote to Thomas Jefferson to hail how patriotic these congresswomen were.

Whoopi Goldberg began the segment with a lengthy diatribe against Trump adviser Stephen Miller for defending Trump this weekend. Reading from a cue card, she began, “You know you’re a racist when":

“You know, and by the way, send Stephen Miller back to Transylvania. He's a scary dude this one. I hope that interview was at night when he could come out!” she snarked as the audience laughed.

Turning more serious, co-host Sunny Hostin took "issue" with Trump for calling out "the squad's" loyalty to America. She falsely attributed a Vietnam-era quote to Thomas Jefferson to claim that these four Democrats were more patriotic than most Americans who love our country:

I think Thomas Jefferson made it very clear that ‘dissent is the highest form of patriotism.’ That is what our very country was founded upon, and I think James Baldwin said it best. He said, ‘I love America more than any other country in the world, and exactly for this reason, I insist on the right to criticize her perpetually,’ and that is what you see these women doing. They're trying to create a more perfect union, and so they're criticizing the policies.

The President hasn't backed down on his attacks on the four freshmen congresswomen. This weekend he tweeted this. I don't believe the four congresswomen are capable of loving our country. Do you think the president is inciting violence against these women?

Which begs the question, who exactly is to blame for “inciting violence” against the Trump administration with their rhetoric? How is it that Stephen Miller and Donald Trump were both depicted decapitated by leftist comedians and murdered violently on a play stage in another instance, and The View hosts weren’t all that bothered by it?