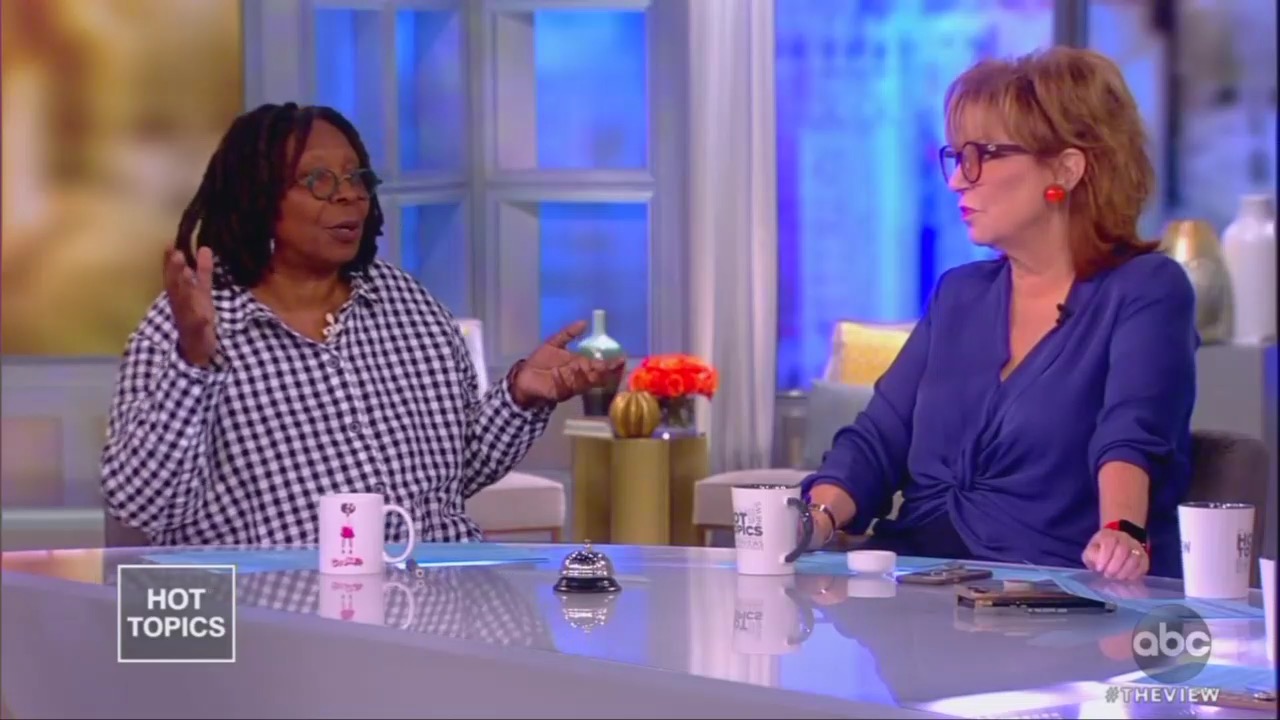 Wednesday the co-hosts of ABC’s The View were thrilled at the Democrats’ petulant display on the House floor yesterday voting to rebuke Trump’s “racist” tweets he sent last weekend against four Democrat congresswomen. Co-host Whoopi Goldberg compared the Democrats to patriots standing up against Trump’s “tyranny”, while fellow co-host Sunny Hostin gushed over the “masterful” and “impressive” move by Democrats.

Whoopi began the segment by slamming Rep. Doug Collins, a Republican who called Pelosi’s “racism” charge “out of order,” as him infringing on Pelosi’s “freedom of speech”:

“[A]pparently First Amendment rights work for everybody but them [Democrats]!” she snarked.

Joy Behar also claimed that calling the President a racist wasn’t insulting, it was “just a description”: “If they're calling him a racist, that seems to be just a description! Saying it’s an insult to some people. It's a description of what he is,” she claimed.

Co-host Sunny Hostin jumped in to praise Pelosi as “masterful” for going after the President’s character, because now he was going down in history as the “racist in chief”:

We know for this President, image is everything. Legacy is everything. He really is a television personality above all else, and he goes down in history as the racist in chief. This is historic. It's going to go down in history. It's part of the historical record, and I think that's why you saw so much pushback from the Republican -- from George Collins saying, he’s saying let's strike the record. Well the record wasn't stricken. He is going down as a racist.

Whoopi Goldberg then made the absurd comparison that Democrats were fighting “against tyranny” like in the Revolutionary War:

They have always been there. Listen. This is not new. This is not new. We have -- we have fought this. We have marched and fought it and we're going to have to keep fighting it. I thought we would have a little respite, but apparently not. But you know what? We are a country that is looking at how people are responding to this. The powers that be, and saying, did you stand up to tyranny when it came? Those are the questions people are going to ask. No, we don't have any tea to dump in the harbor, you know? But there was a problem, and now it's once again in everybody's face.