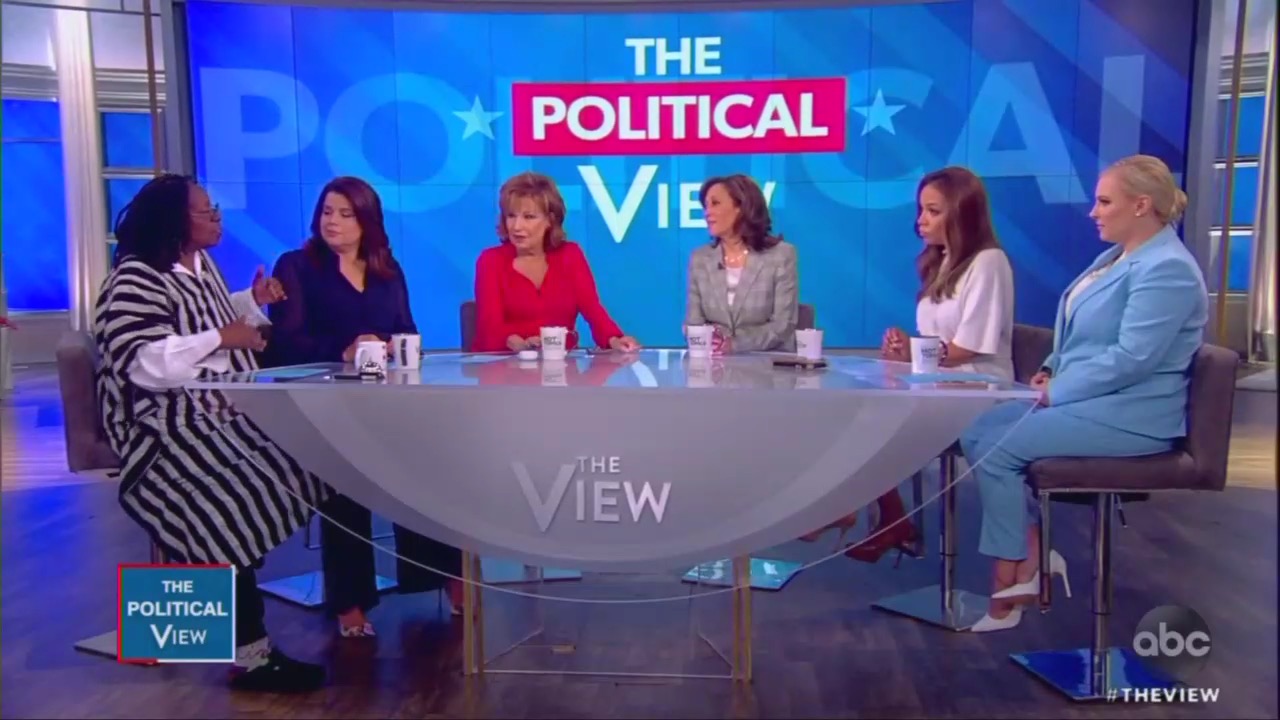 Friday on The View, Senator Kamala Harris (D-CA) was on the show to discuss her 2020 presidential run. Meghan McCain was the only host to ask Harris about her stance on decriminalizing illegal immigration, while the other hosts focused heavily on race-related questions.

It began when co-host Whoopi Goldberg wondered how Harris was going to help black people get “back in balance” after President Trump had supposedly dismantled everything presidents before him had done for minorities:

I'm just going to say it because, you know, we have discussions about what happened in the past, what was, you know. I'm 55, baby. So I remember. All the things that came, and I remember who ran this country. This country was not run by people friendly to us forever, until maybe when John Kennedy came, and we weren’t even sure then.

“So this is not a surprise,” she said, referring to Trump, adding “Explain to us all, is what you are going to do to get this man out of office,” Whoopi said as the audience applauded. She added:

“but I want to know that we are on the same page when it comes to getting that out (Trump) and that we are going to find the way to bring us back into balance. That's what I want to see. What are you going to do to help?”

Co-host Ana Navarro also slammed Donald Trump Jr. as “Tweedly-Dum” for retweeting, then deleting, a tweet which questioned Kamala Harris’ ethnicity, comparing it to Obama and birtherism, which she blamed on President Trump. Navarro spun the situation as good for Harris: “You know how that movie ended the first time? The candidate of color in the White House!”

Hostin then continued by asking Harris her policy speed round she does with every candidate, asking if she supported far-left policies including slavery reparations and “closing the racial wealth gap.”

Also worth mentioning is that the hosts asked Harris’ opinion on Alexander Acosta leaving his post after the Jeffrey Epstein plea deal scandal and they pressed her on calling out Joe Biden during the last debate (The View hosts have never hidden how they are big fans of Joe Biden.)