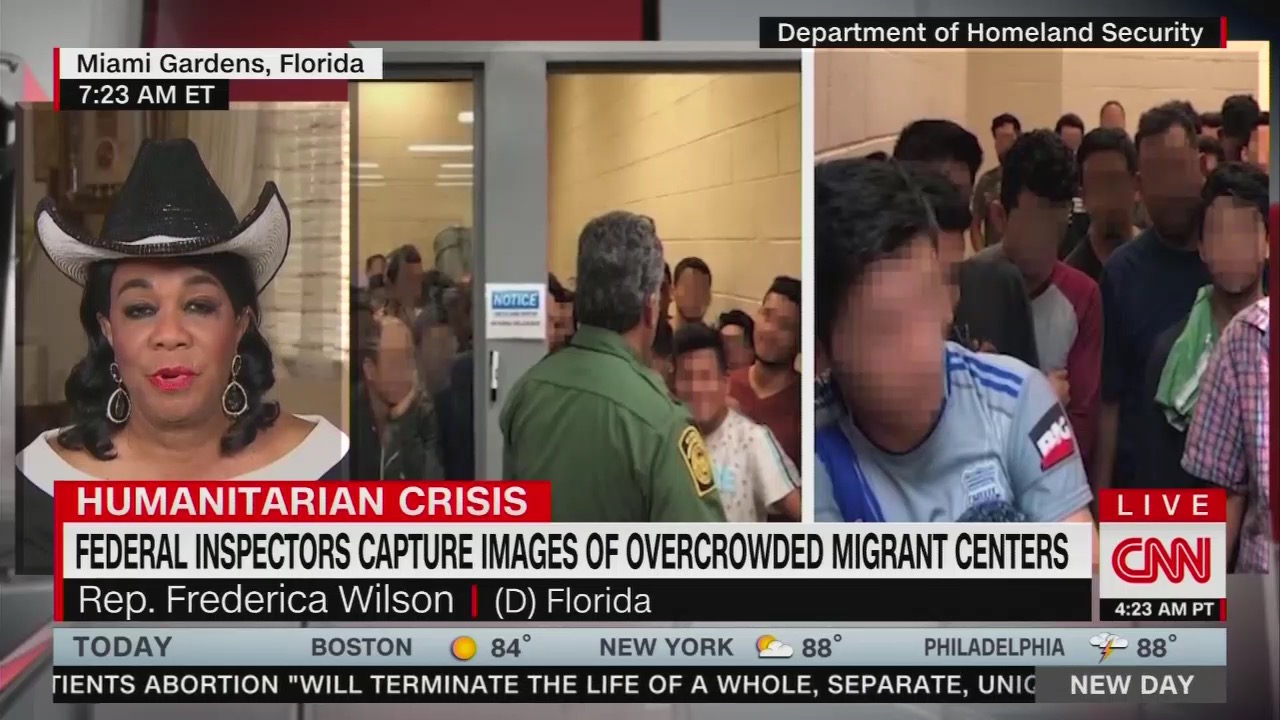 CNN loves to boast they hold “truth to power,” that is, except for Democrats in power. Democrat Rep. Frederica Wilson was invited on New Day Wednesday morning where host Alisyn Camerota let her make some outrageous claims about what she saw at one border detention facility, without any pushback whatsoever.

Invited to tell her story, Wilson began by telling Camerota that she “demanded” to see young teenage girls but was refused.

She also suggested something nefarious was going on with the border agents and “girls going through puberty,” perhaps echoing what Rep. Alexandria Ocasio-Cortez claimed about border agents sexually harassing her and detained women at another center:

WILSON: They're at 17, waiting on their 18th birthday, I.C.E. comes to that facility, shackles their hands, shackles their feet, and take them to a private prison just like the private facility that they're in. So they're profiting from these children. So it's profit and greed. And instead of them processing them out of these centers, out of that center, they're constantly bringing girls and children into this center. I do not trust them with adolescent girls. I do not trust them with girls going through puberty. I do not trust them. And those were the girls that I didn't see. The 13, 14, and 15-year-olds who are changing from women to--

CAMEROTA: You couldn't get access to them? Though you were demanding to see them, you could not get -- they would not let you meet with them?

WILSON: No. And that's who I will be going back to see because I want to question them...

Camerota cut in to ask Wilson if she was suggesting the border agents were running a “money-making scheme” by bringing teen girls in to these centers, to which Wilson agreed that’s what she thought. Wilson also emphasized, unprompted, how the agents were "white men" and she didn't see any Hispanic workers.

Throughout Wilson’s horror story, Camerota didn’t show any skepticism or ask critical questions, just clarification questions. Even more troubling, she didn’t ask Wilson about comments the congresswoman made yesterday just outside that detention facility, calling criticism of herself, illegal. She demanded anyone who criticizes Congress be punished:

"Those people who are online making fun of members of Congress are a disgrace, and there is no need for anyone to think that is unacceptable [sic],” she said in comments captured by The Washington Examiner. Wilson added, “We're gonna shut them down and work with whoever it is to shut them down, and they should be prosecuted.”