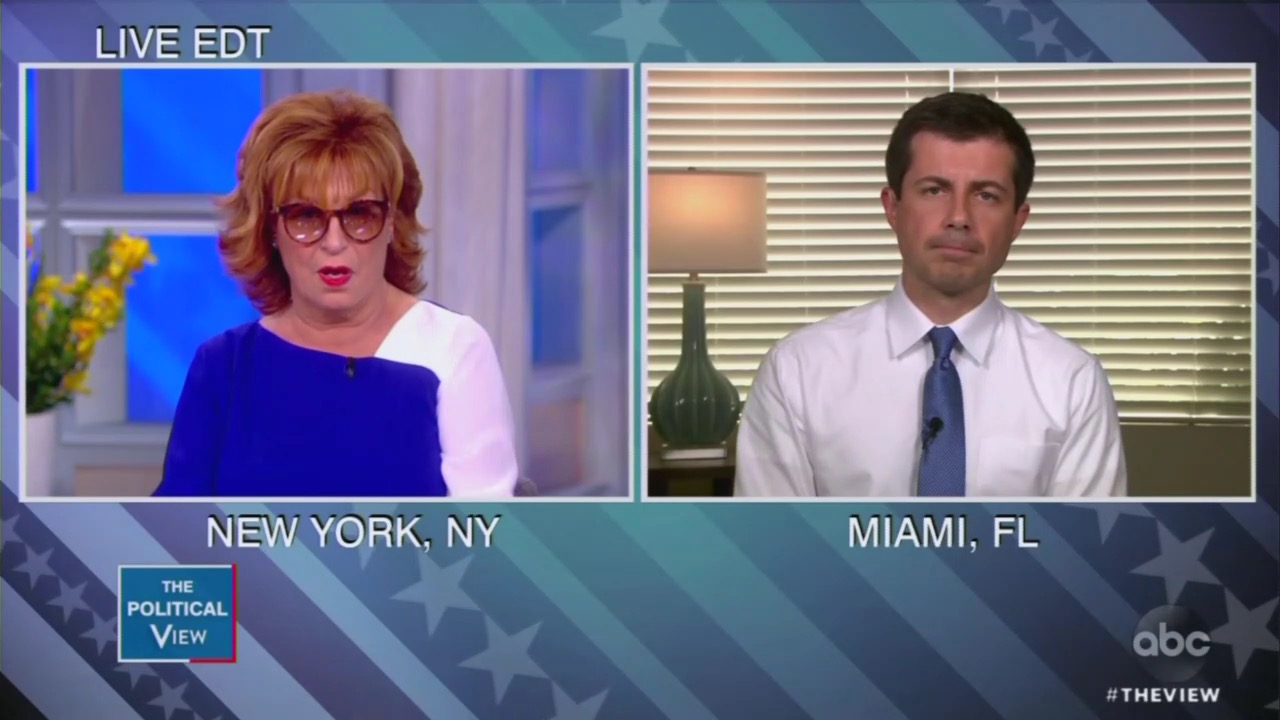 The View hosts briefly talked with 2020 Democrat candidate Mayor Pete Buttigieg on Friday’s show about his performance at last night’s debate. Co-host Joy Behar praised the Democrat while encouraging him to mock the right as ignorant to the virtues of “Democratic Socialism.”

Behar claimed that the “right-wing” was attacking Democrats as socialists for no reason at all, adding that Republicans just didn’t understand what the word “socialist” meant. She made this same claim back in February:

We thought you were spectacular last night. I did anyway. I'm going to go right to it. The right wing has been making a lot out of last night's debate, your first, and they are referring to Democrats as socialists. Obviously they don't know what the word means. So what do you say to that accusation?

Buttigieg also chalked up the criticism as just a Republican bogeyman.

PETE BUTTIGIEG: I view myself as a Democratic Capitalist, but the democratic part is really important. They throw around this word 'Socialism,' and they use it to describe pretty much anything they don't like. Remember, they called Medicare socialism. They called the Affordable Care Act, Socialism.

BUTTIGIEG: I think the big lesson -- yeah. Social security. The big lesson for us is literally anything we do, they're going to call it socialist.

Behar laughed at that, as Buttigieg explained that Democrats needed to continue with their progressive policies regardless of the criticism:

If it's conservative, they'll call it Socialism because it's coming from Democrats. Let's worry whether it's a good idea, and every proposal to expand health care, to raise wages, to make sure we're actually building up our infrastructure, to get paid family leave, call it whatever you would like, but let's get it done. If it's a good idea, and the others can argue over what label to slap on it.

Sunny Hostin was the only host to offer tough criticism to Buttigieg, but she pressed him from the left about racial problems in his city of South Bend.