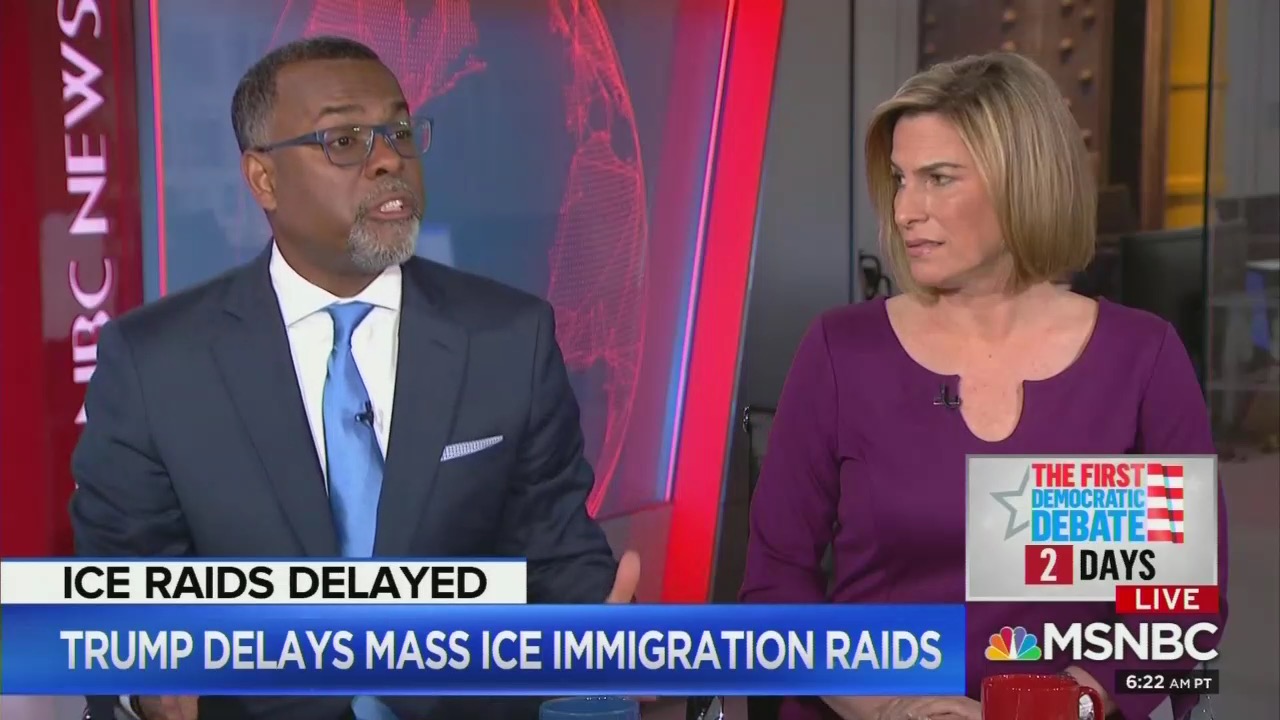 President Trump is “terrorizing” illegal immigrants, according to the liberal media, by threatening mass deportations across the country. It was the buzz word used by MSNBC and CBS last week and over the weekend to describe the proposed, then delayed, ICE raids. On Monday, Princeton University professor and contributor Eddie Glaude repeated that rhetoric on MSNBC Live. He stopped just shy of calling the President a terrorist, accusing him of committing a “terroristic gesture” by threatening to enforce the law.

After attacking Trump for “beating the drums of war” by threatening military action against Iran for downing one of our drones, Glaude moved on to accuse Trump of “cruelty” and terrorism over the I.C.E. raids:

So is this incompetence, cruelty and corruption. What is he doing to those mixed families, undocumented families. There's mothers and daughters and children, children who are citizens, wives who are citizens and the husband may be undocumented. He's putting them in a state of terror. They are horrified. They don't know what is going to happen to the family life they have here.

Fill-in host Chris Jansing agreed with Glaude’s assessment, gushing, “They're stocking up groceries, because they're even afraid to leave the home!”

Glaude continued with the hyperbolic ranting, claiming Trump was behaving like a terrorist towards people who broke our country’s laws:

"Fox News has unleashed their lesions on me. I get these horrible e-mails from these folks but I will double down on it, it is a terroristic gesture for this man to threaten this in the way he's threatened it and to double down on it," he gushed.

Between the media’s hysteria over “concentration camp” detention facilities, and these I.C.E. raids, there is a clear agenda in promoting Democrat talking points over conveying the realities of the border crisis.