Actress Julianna Margulies Turns To NYT, NPR To Protect Her From Trump Nightmares 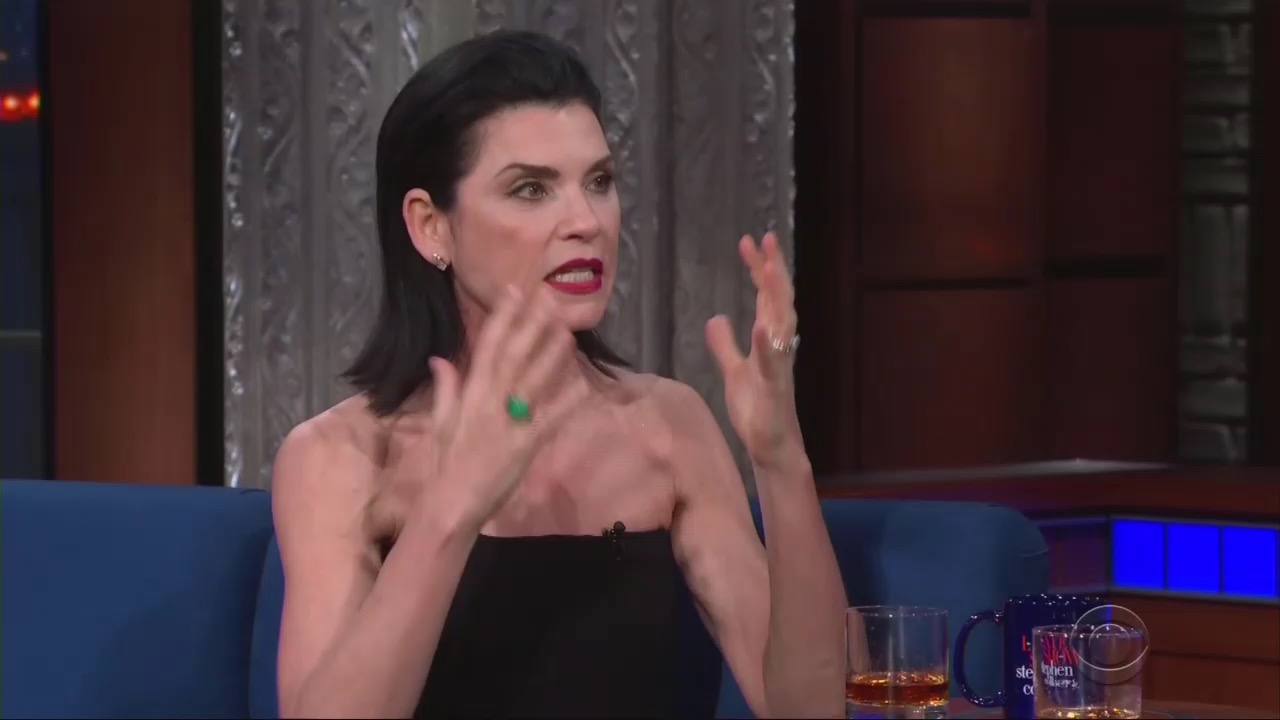 Actress Julianna Margulies (ER, The Good Wife) was on The Late Show Monday evening to promote her new television show, The Hot Zone, when liberal host Stephen Colbert sharply turned to politics. Margulies admitted that she had “gone insane” when Donald Trump was elected and started having nightmares of herself screaming at him in the Oval Office.

Colbert wanted to know if the actress, who starred in the liberal political drama The Good Wife, ever “divorced [herself] from the whole political thing.” Margulies said she couldn’t, but admitted that because of nightmare of her “screaming” at Trump, she stopped reading the news at night:

JULIANNA MARGULIES: One of the things I stopped doing is do not read the news at night because I was waking up in the middle of the night from nightmares of just screaming. I had one dream--

MARGULIES: I was in a boardroom. There was a long table, and it was just the guy who's in the Oval Office right now sitting there, and I walked in, and I was screaming, screaming, don't you care about the next gen-- I mean, I was going crazy at him and screaming and yelling, and that was 2016. I woke up in a sweat and I went, ‘Oh, my God I've gone insane and I have to stop reading the news at night.’

Well, at least she recognizes that’s not normal. The actress then praised the liberal New York Times and NPR for keeping her sane and “informed” in the mornings:

“So I read the New York Times in the morning, I listen to NPR. I know, I'm such a New Yorker. But that's what I do because I want to be informed. Occasionally I'll watch PBS NewsHour, occasionally,” she boasted. Colbert joked back about PBS, “To get yourself to go to sleep?”