Kelsey Grammer Praises Trump: Washington ‘Clowns’ 'Didn’t Do Us Any Favors' the Past 60 Years 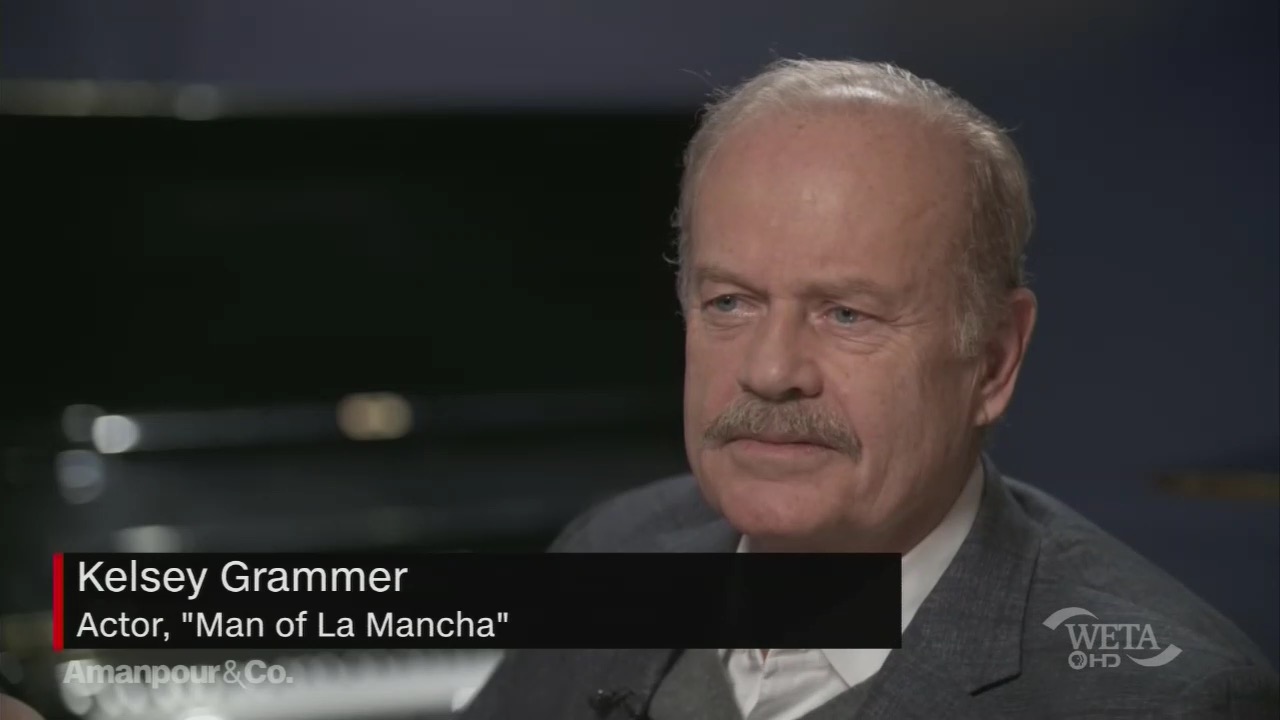 On PBS’s Amanpour and Company Tuesday night, actor Kelsey Grammer made some surprising statements you’d be hard-pressed to find anyone in Hollywood admit: that they are conservative and support what President Trump is doing in Washington.

Christiane Amanpour was talking with the actor and his co-star about the musical Man of La Mancha they were currently starring in, when she made a shift to Grammer’s personal life. The liberal journalist-host described the conservative actor as a “rare Hollywood beast” wondering if his career was impacted by coming out as a Trump supporter:

Can I ask you, Kelsey, because we were talking obviously about today's politics and it's very divisive, very partisan, whether it's in the United States, whether it's here. You are one of those rare Hollywood beasts who is conservative, and you voted for Donald Trump. And I just wonder, what, whether you sort of took any hits in Hollywood for that? Did you feel that you were sort of marginalized?

Grammer didn’t focus on how his career was impacted but alluded to the media hyping up the divisions in America:

“I’m not aware of taking a hit for it but now, certainly passions run high, and certainly he has touched on an extraordinarily passionate response. I don't know if it's as serious or horrible as everybody wants it to be,” he stated.

But Amanpour was fishing for the actor to say something negative about Trump. Instead, she got a rebuke of the swamp before Trump came into office:

AMANPOUR: I was wondering whether you thought the sort of, many people believe this sort of fabric is being disrupted.

GRAMMER: Well I think fabric being disrupted is a good thing.

GRAMMER: And I don't think they've been helping anybody but themselves.

Amanpour tried one last time, fretting about the divisions in Britain and America, but Grammer shot down the media hype:

AMANPOUR: What about people? Do you wonder, I mean here with Brexit, how can people sort of get back together again?

GRAMMER: I think the English people should be just fine because you know they've been through a lot worse.

AMANPOUR: And the American people?

GRAMMER: And the American people will be just fine, too. We've been through a lot worse.