Howard Stern Laments 'Helping' Trump Win in 2016; 'I Wanted to Do That for Hillary' 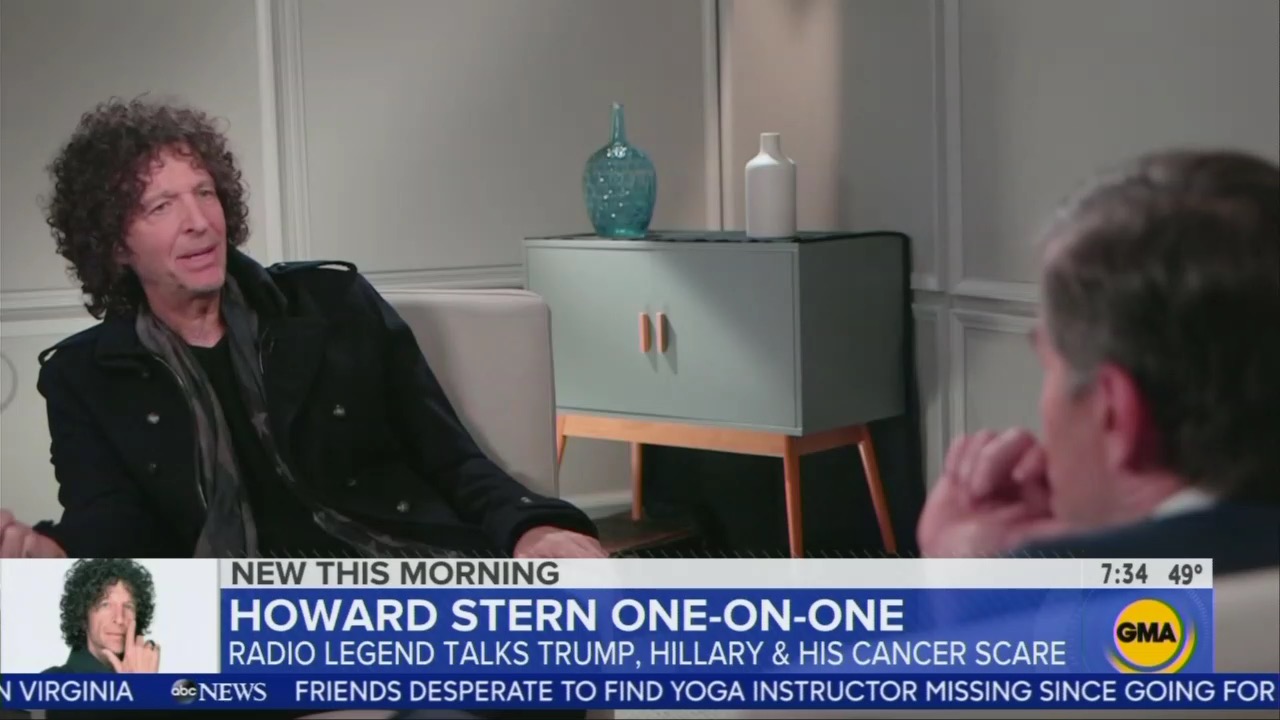 Shock-jock radio host Howard Stern sat down with ABC anchor George Stephanopoulos for a Nightline interview that aired in parts on Monday’s Good Morning America. Stephanopoulos was very interested in letting the radio host rant about not “helping” Hillary Clinton win the 2016 election by having her on his show, beforehand.

Stern was there to promote his latest memoir, in which he talks about interviewing President Trump in years past, and why he wish he could’ve had the chance to host Hillary Clinton as well.

Stern began talking about how “unfiltered” Trump was on his show. He also briefly criticized the media for taking old interviews out of context. ‘I was quite surprised when they dragged out every single Donald Trump interview I had done and in some ways I felt it was unfair to Trump,” he admitted.

Stephanopoulos responded to that, “Do you feel in some way that you helped make him president?” Stern thought so.

“Absolutely. Because Donald would come on my show,” he boasted. Stephanopoulos lectured, “Does it make you feel bad or good?”

Stern reminded viewers that he was no Trump supporter. “Well, look, I did not vote for Donald Trump.” He then revealed how desperate he was to have Clinton on his show during the election season, to make her “relatable” to viewers:

[H]illary Clinton, you know, like in Moby Dick I was chasing her. She was my obsession. I wanted to see Hillary Clinton win and I thought if she had come on the show, the way I helped Donald was I let him come on and be a personality. Whether you liked him or not, people related to him as a human being. I wanted to do that for Hillary.

“All during that time you do write about this, you're trying to get Hillary Clinton on your show as you said, she's afraid of you,” Stephanopoulos lamented. Stern complained he wanted to ask her complimentary questions that would’ve boosted her campaign but he never got the opportunity.

[I] didn’t want to ask her... about Bill Clinton and his affairs. I didn’t want to ask her about any of that. The woman has devoted her life to public service. Why? What is it about public service? What is it that drives her?...I thought that perhaps if she came on my show, we could have stripped away some of the pomp and circumstance or the tightness that comes with running for president and like Donald she could have been seen in a different light.

“You believe if she had done that she'd be president?”

Stern wouldn’t say it outright, but admitted he hoped that out of his millions of listeners on Sirius XM, he could’ve helped win over 70,000 people, to get Clinton to beat Trump.

Later in the show, Stern revealed he was actually friends with Stephanopoulos and his wife and an awkward story about the ABC anchor’s sex life ensued.