Joe Biden Tells 'View,' He's 'Proud' Obama WH Had No Scandals, At All 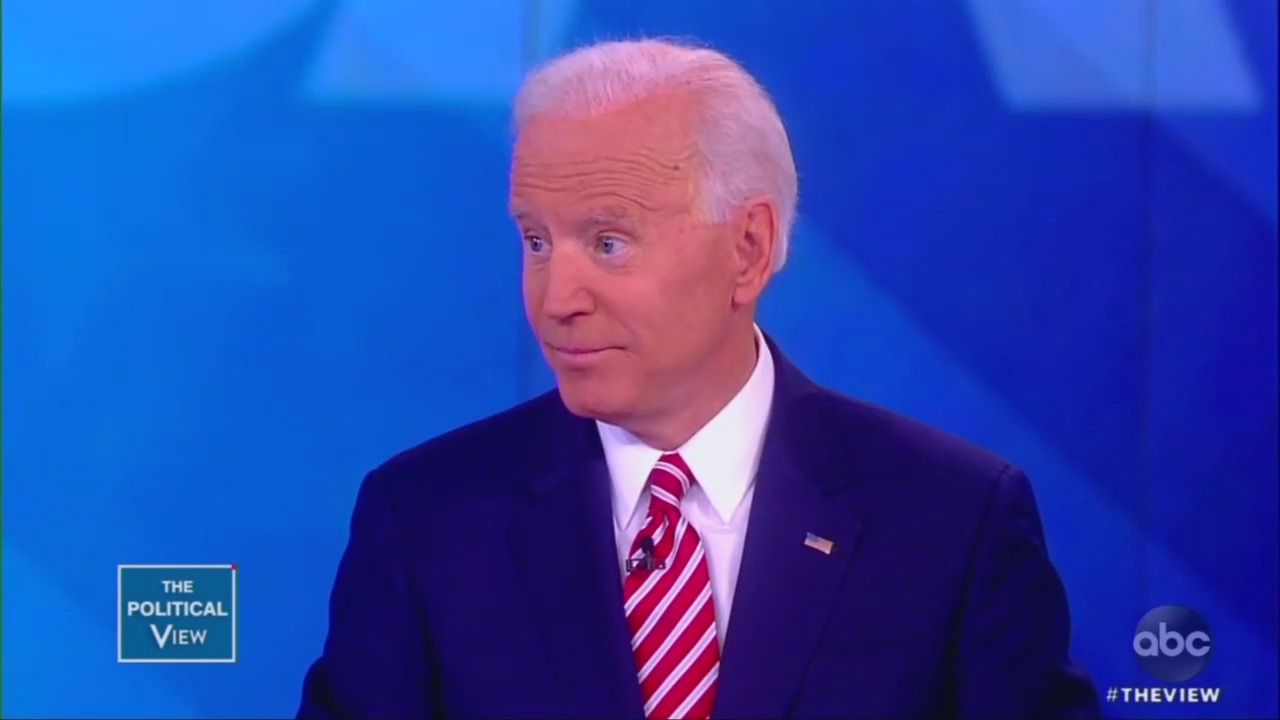 Former Vice President Joe Biden made his first interview as a 2020 presidential candidate on ABC’s The View, Friday, where he was largely grilled from the left by the liberal hosts. However, the hosts did start the interview by allowing Biden some time to puff his chest and pat himself on the back for working with Barack Obama during the eight years of his administration.

The bias really crept in when Biden ludicrously claimed that Obama was completely free of scandal during his presidency. Instead of correcting this falsehood, the co-hosts celebrated it, in agreement.

Co-host Joy Behar asked Biden why he allegedly asked Obama not to endorse him. Biden gave a rambling response, boasting about his friendship with the Obamas and how proud he was to have served him, but added that he wanted to earn voters’ trust on his own merit.

[W]e not only served together, our families are close. We became very close personal friends. ...He's a man of great honor and discipline. He and my wife and Michelle are close friends. They went over to see each other the other day. I didn't want it to look like he was putting his thumb on the scale here and uh um that you know I'm going to do this based on who I am, not by the president going out and trying to say this is the guy you should be with. Um, so that's why I asked him not to. I'm very -- I'm incredibly proud to have served with him.

Not done puffing up his former boss, Biden boasted that he was “most proud of” the administration he worked for being completely scandal free. This pleased Joy Behar who gushed in agreement:

BIDEN: The thing I'm proudest of is we coincidentally were each in a different part of the country and we were each talking to groups of people that were being televised, the same day, purely coincidentally we were asked what are you proudest of from your administration? You know what I said --it turns out he said the same thing and probably a little more clearly than I did. Is that, not one single whisper of scandal.

BIDEN: Not one single whisper! [applause] That’s Barack Obama! That’s because of Barack!

The View hosts and audience loved that answer, of course. Not one co-host pushed back on this demonstrably false claim, probably because they’ve pushed the same spin on their show many times before, as recently as a few weeks ago. Meghan McCain was bullied by Behar and Sunny Hostin for pushing back on that claim, but she did not do that on today’s show.