CNN's Toobin Rewrites History: Unlike Trump, Obama Had No Scandals! 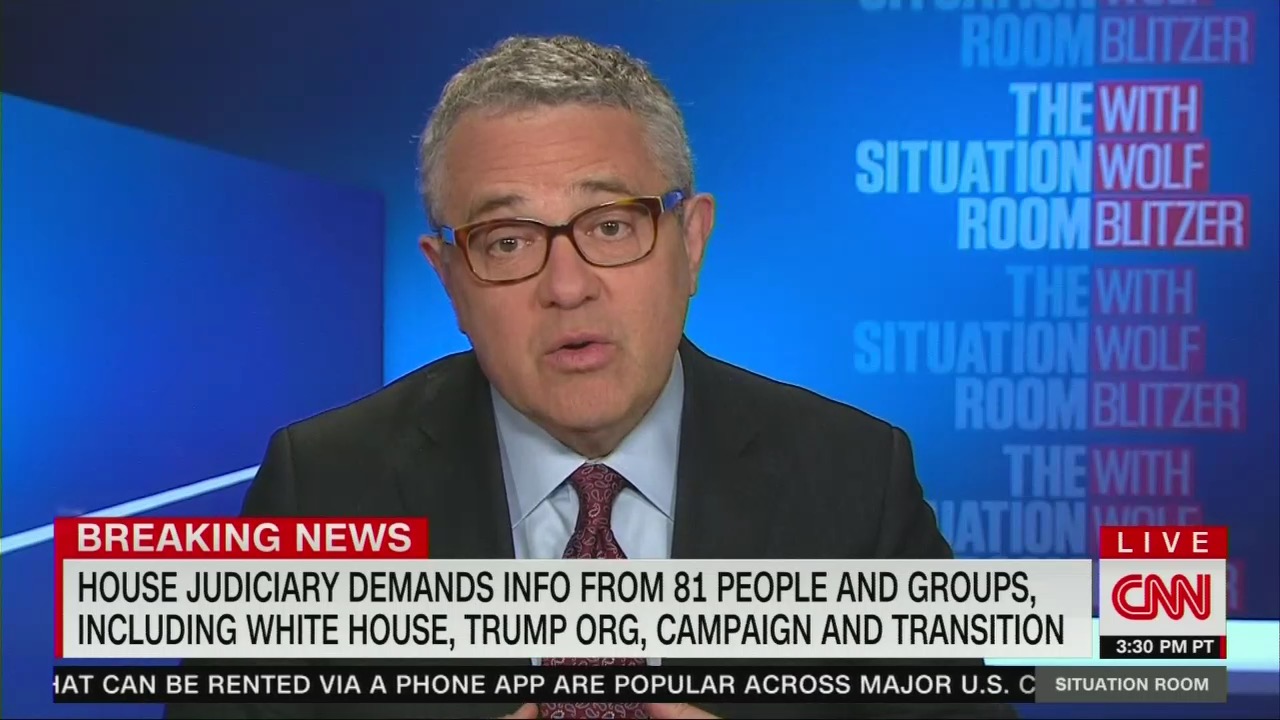 Even though Barack Obama has been out of office for over two years now, CNN is still doing their part to protect his legacy. On The Situation Room with Wolf Blitzer Monday evening, CNN’s chief legal analyst praised the former president as scandal free, while blasting President Trump for being targeted by House Democrats in a new probe.

The CNN panel was gushing over the idea that Democrats could make public whatever information they found, after they demanded specific documents from 81 people and organizations in Trump’s administration, campaign and business dealings, in their new probe into Russian collusion. Host Wolf Blitzer noted that all of these people had to go hire “expensive” “Washington lawyers now” to protect themselves. Chief political analyst Gloria Borger noted this investigation was going to take “a long time,” and anyone who joined the White House now should expect to hire a lawyer first.

“This is the way Washington works now. You go work in the White House, you sort of presume you're going to end up having to hire a lawyer for better or for worse,” she shrugged. That’s when CNN’s chief legal analyst Jeffrey Toobin jumped in to argue this was only a Trump problem, not a politics problem:

“Well, no, I don't think it's just the times. I think it's the presidency,” he stated, adding, “[I]t's like not all presidents are are the same. I mean, this is a president who is under investigation for good reason.”

It’s not surprising that Toobin didn’t get any pushback for this statement from the all-liberal panel. Even the former president himself boasted to the media how scandal-free his White House was, and the media did their part in making sure that was what the public saw. No matter how many times CNN may spread this lie, at NewsBusters we’ve documented the scandals the media downplayed or ignored during Obama’s terms, from Hillary Clinton’s e-mails, to the IRS targeting conservatives to the VA, Benghazi, and many many more.