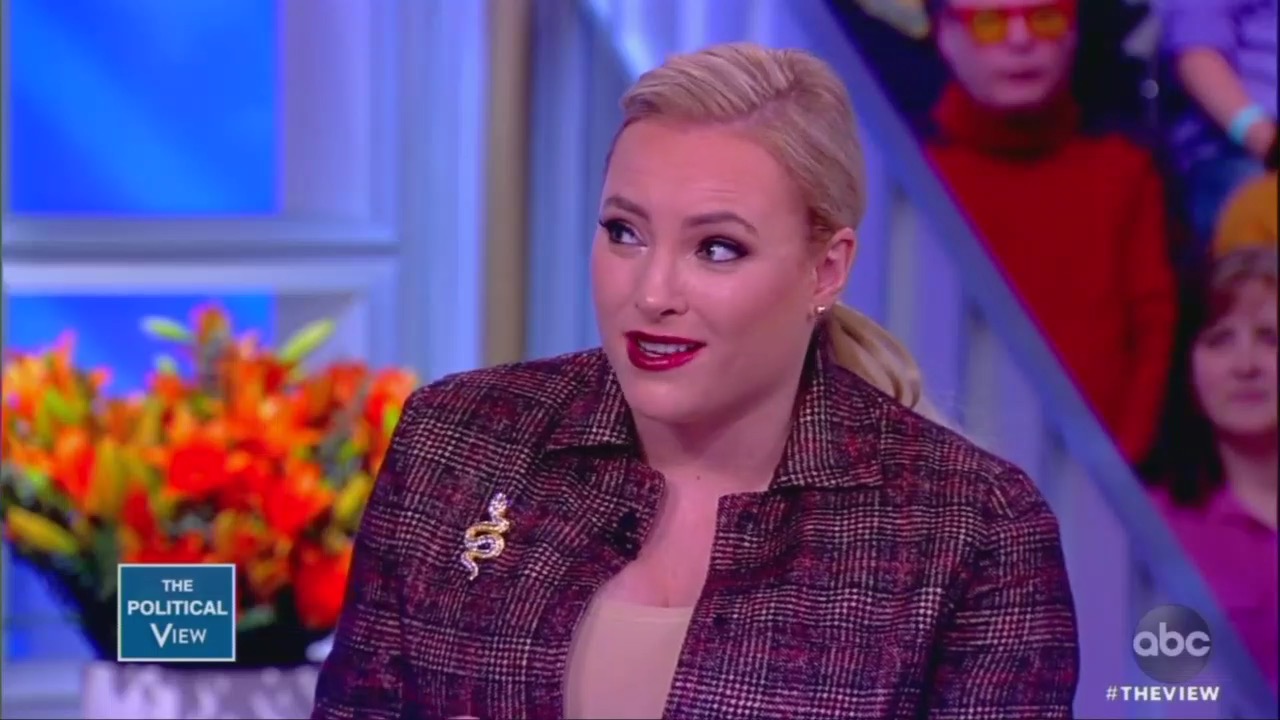 Another 2020 Democrat contender, Washington state governor Jay Inslee, was the guest on The View Monday, after Senator Bernie Sanders appeared on the show Friday. Meghan McCain was the only co-host to take the environmentalist Democrat to task over the Green Deal, laying out specific problems with it.

Unfortunately, Inslee wasn’t given much time to respond as co-host Joy Behar cut to commercial right as the discussion was heating up.

After getting a neutral question from Joy Behar, Abby Huntsman pressed Inslee generally on his one-issue run taking on climate change, asking if that was really in line with most Americans’ priorities. Next, McCain jumped in to grill the 2020 Democrat more specifically on what his party’s Green Deal actually costs and requires of average Americans:

What's also not selling me on beating Trump is the new Green Deal which all of the 2020 contenders have endorsed. It would cost $93 trillion or to every person in this room, $600,000 for each of your households. Do you think that plan is practical or have you endorsed it or do you have another option? Because when I hear that an average American is going to have to spend $600,000 for a new Green Deal, you can understand how people like me don't think that's logical.

Even though McCain cited a specific study co-authored by the former director of the nonpartisan Congressional Budget Office, Inslee claimed those numbers were made up:

“Well, this is a lot like the death panels. You heard about ObamaCare, Republicans talked about death panels. we don't have death panels and we don’t have a $600,000 cost,” he denied, without giving any more details.

As he started to ramble away from the question, McCain pressed him again to explain away the “irrational” cost and requirements of the plan:

Again, Inslee denied this was what the plan cost and required, even though this exactly what it required. Instead, he deflected blame from his own party and blamed Trump for the backlash:

McCain tried again, confronting the Democrat on high profile liberals, such as Alexandria Ocasio-Cortez, and Al Gore who were caught in their own hypocrisy, while demanding average Americans foot the bills for their exorbitant plans to combat climate change.

“They just talk the talk and then they want the average American to spend $600,000 in their household and none of this adds up to me,” she stated.

But Inslee denied a third time. “Actually, that is not what's proposed. Let's get this straight. That is not proposed in the New Green Deal. [applause] I want to be real straight about that,” he claimed.

Before Inslee could explain what exactly was in the deal then, Joy Behar rushed in to cut to commercial.