Buzzfeed Reporters Contradict Each Other Over Scandalous Trump Perjury Story 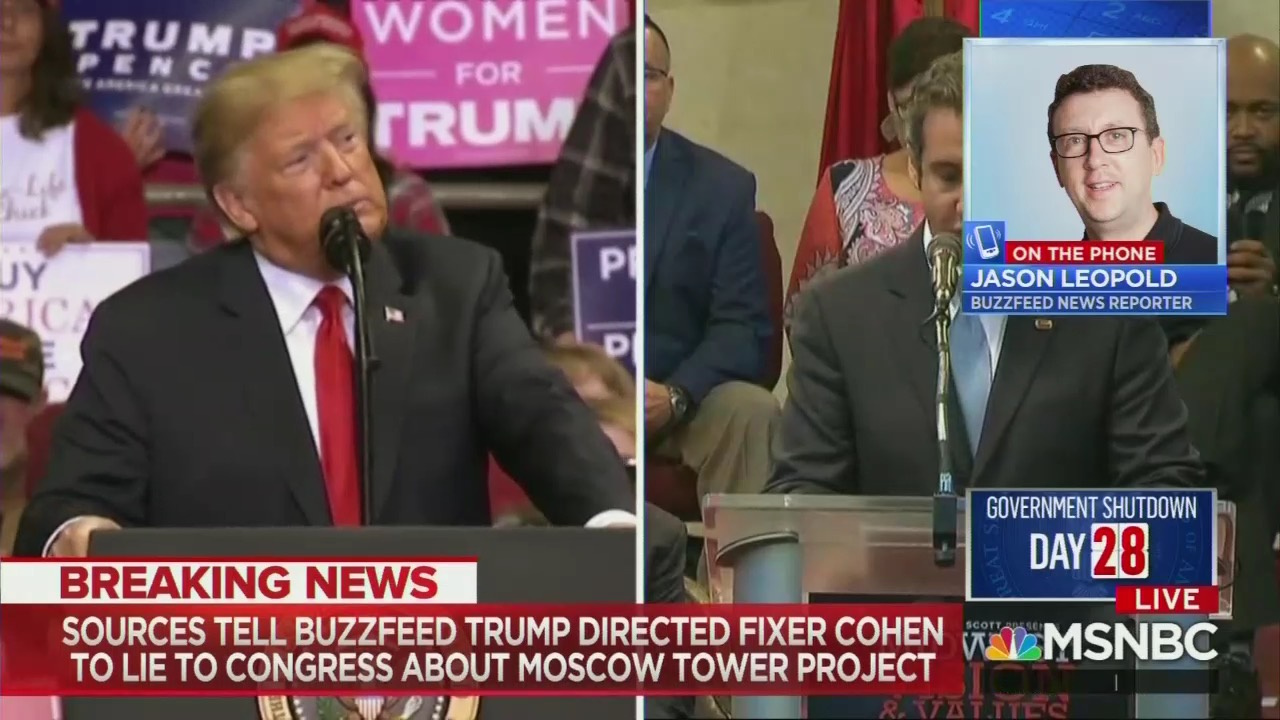 UPDATE: As of 8:00 p.m. Eastern, Special Counsel Robert Mueller's team has come out with a statement disputing this Buzzfeed report, calling it "not accurate." The original version of this post is below.

Buzzfeed News's scandalous report out late Thursday night, which alleges President Trump directed Michael Cohen to lie to Congress about the Trump Tower Moscow project, is being eaten up by the media as the smoking gun they’ve been searching for to impeach Trump. Despite the fact that the report relies on anonymous sources and one of the journalists has a history of shoddy reporting, cable news and the networks this morning have given it near-nonstop attention and credibility. But even the journalists behind the report can’t seem to get their stories straight on the evidence.

On CNN’s New Day, Buzzfeed reporter Anthony Cormier talked Friday morning with co-hosts Alisyn Camerota and John Berman about the report he co-authored. To CNN’s credit, Camerota did the work that most journalists didn’t do this morning; she actually called into the question the veracity of the report and its authors:

CAMEROTA: CNN has not independently confirmed this Buzzfeed report...Can you tell us the evidence -- I know in the report you say you have two law enforcement sources who tell you they have seen evidence, texts, e-mails, a cache of documents, interviews with witnesses in the Trump organization that Donald Trump pressured Michael Cohen to lie, suborning perjury. Have you seen any of that other corroborating evidence?

CORMIER: No, I have not seen it personally. But the folks we have talked to -- two officials we have spoken to, are fully 100% read it, to that aspect of the special counsel’s investigation.

CAMEROTA: We must ask about your sources and methods because your co-writer, Jason Leopold has a dubious past with this. He's gotten in trouble, as you well know, in 2002 and 2006. He was in trouble for perhaps claiming to have sources he really didn't have. His stories didn't wash. Executive directors and editors have had to apologize after some of his big blockbuster stories. So how can you be certain today?

JACKSON: Now, your colleague who you wrote the story with says neither of you, you haven't actually seen them. You haven't seen the documents, the texts, e-mails. How confident are you that they actually exist? That this is true?

LEOPOLD: I don't think we've said we haven't seen them. But I will say that I'm confident that they --

JACKSON: Your colleague said on CNN this morning that you were briefed on these documents by those law enforcement sources you referenced. Can you clarify for me what the status is of that?

LEOPOLD: Sure. Over the course of a year we've reported pretty extensively on the Trump Moscow project, and we have been -- I'll just say that we've seen documents, we’ve been briefed on documents. We're very confident in our reporting.

You can watch the two contradicting clips below.

So, who exactly is telling the truth?