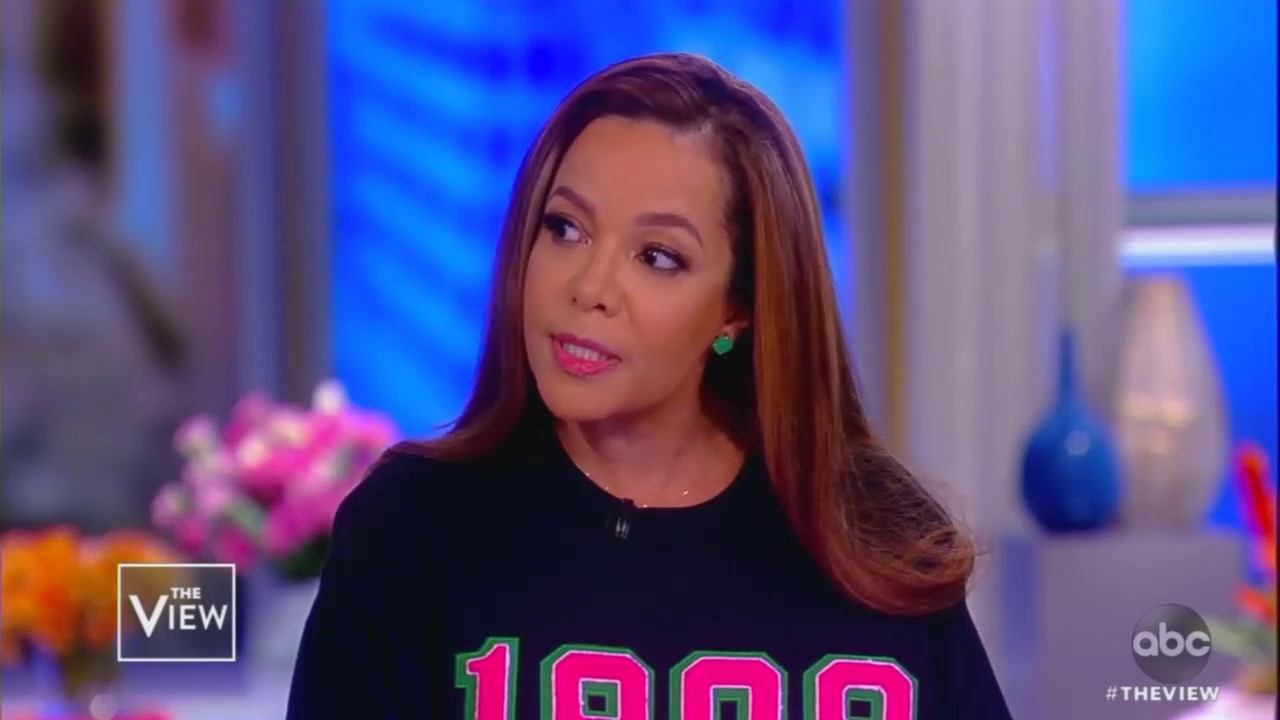 View co-host Sunny Hostin once again showed just how blindly partisan she is on Tuesday’s show, arguing that anyone who agrees with Trump’s border wall is a racist bigot against “brown people.”

The topic wasn’t even about the border, but somehow Hostin made the leap, as the panel discussed Rep. Steve King’s controversial comments about race and nationalism that have blown up in the media. Hostin suggested this was an opportunity for the GOP to not only disavow King, but disavow Trump himself, because he was a clear racist, for wanting a border wall:

But will Republicans now step up to the plate with Donald Trump? Because he has been using I think the border wall as sort of this dog whistle for racism. The government is still shut down, and I think it's all about ‘let's not let all these brown people in,’ right? Unless they're working for farmers. Unless they’re working in agriculture. So now will the Republican party stand up to him and say, ‘We don’t want this anymore.’

Co-host Abby Huntsman called Hostin out on that claim. Citing an ABC/Washington Post poll, she stated, “There’s 42% of this country that support the wall. Are they all racist?”

Hostin didn’t back down from her hateful allegation. “That's a good question,” she answered slowly before adding, “I don’t know. Is Donald Trump racist?” to which the audience applauded.

“If you're going to paint a broad stroke about a wall and that being racist,” Huntsman began to say as Hostin repeated, “Is Donald Trump racist?”

Co-host Meghan McCain stepped in to argue Hostin was using “identity politics” to cause division. “Do you think 42 percent of Americans are racists?” she confronted Hostin. She refused to answer.

As Joy Behar added that Republicans needed to “check their platform” for racism, she got into a screaming match with McCain who exploded at her, saying she was “John McCain’s daughter, not someone who’s okay with racism!”

The conversation quickly dissolved from there as Whoopi cut to commercial.