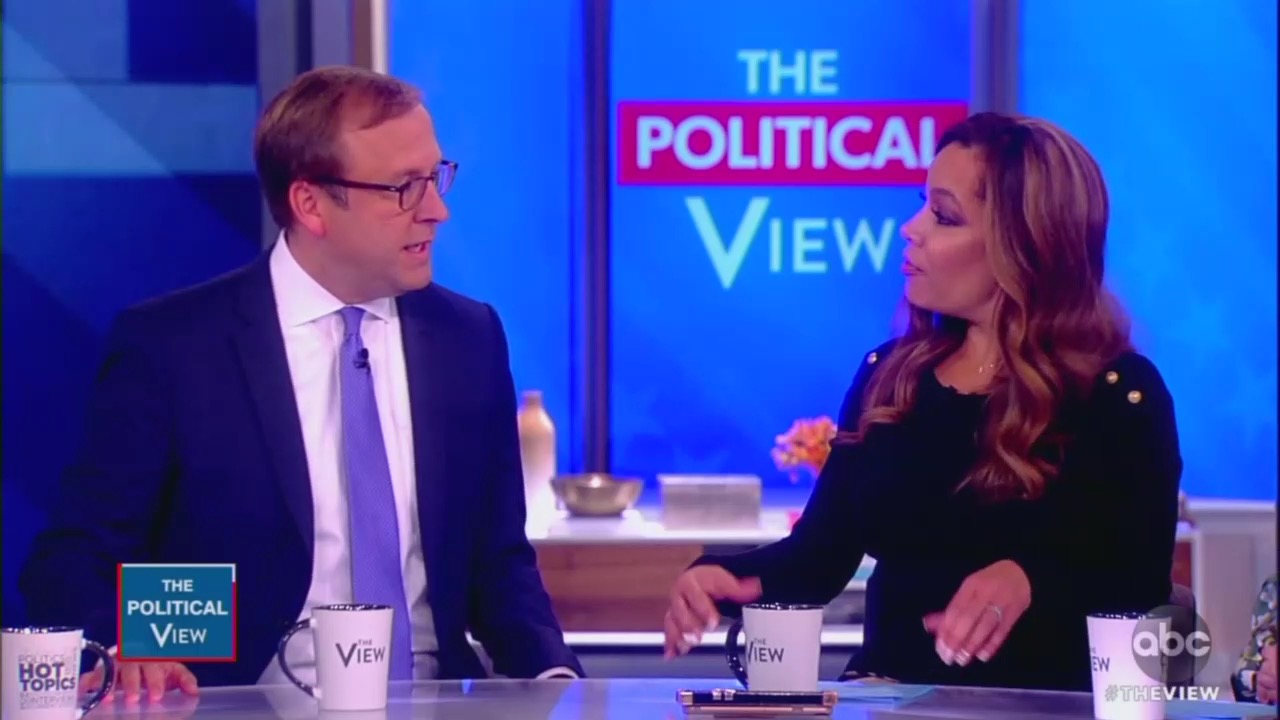 ABC’s Senior White House correspondent Jonathan Karl appeared on The View Monday to briefly discuss the two reports out in the Washington Post and New York Times which the media is seizing on as their new “evidence” that President Trump colluded with Russia in the 2016 election. However the reports fall short of that and even Jon Karl had to admit that there was “zero evidence” of that to the hosts, much to their chagrin.

Karl began by breaking down the NYT report, which revealed former FBI acting director Andrew McCabe opened up an FBI investigation into whether President Trump was acting as a secret Russian agent after he fired James Comey in 2017. Karl pointed out the “breakdown of trust” between the FBI and the president, adding that this FBI team was filled with people who “deeply detested” Trump, like Lisa Page and Peter Strzok. But Karl laid the blame on both parties, saying Trump’s “suspicious” behavior with the Trump Tower meeting and his meetings with Vladimir Putin were warrant enough to garner that investigation. Karl warned the hosts that the coming report would be “anti-climactic,” so not to get their hopes up. He then spelled out the obvious fact that liberals refuse to believe, that there’s been zero evidence of collusion, a statement that shook up the liberal hosts:

“[O]n the central question of did Donald Trump or anybody in his campaign coordinate, collude, with the Russians in their effort to meddle in the 2016 campaign, we have seen zero evidence of that,” he stated. Behar immediately jumped in, asking, “What about Manafort?”

Again Karl had to be the bearer of bad news, saying they had been indicted on personal corruption charges but that there was no indication that Manafort "either knew of or helped the Russians in their efforts to hack into the DNC e-mails, John Podesta's e-mails or that massive internet campaign to undermine basically the public discourse in this country."

Sunny Hostin was clearly upset at Karl’s answer as well, jumping in to correct Karl that Mueller just hadn’t let us know what juicy evidence he has on Trump, the Russian spy, so far:

"To be clear, you're saying there's no indication but Mueller has kept this investigation very close to the vest so there may be no indication right now, but we don't really know since he’s been so very good at that," she said, not giving Karl a chance to respond before moving on to argue there was still a chance that Trump was a Russian spy because the definition of spying was "pretty broad."

Whoopi ended the segment by adding her own skepticism about the lack of evidence for collusion. “We don’t know what we don’t know,” she summed up. Karl agreed but added that we do “know a lot” as well.