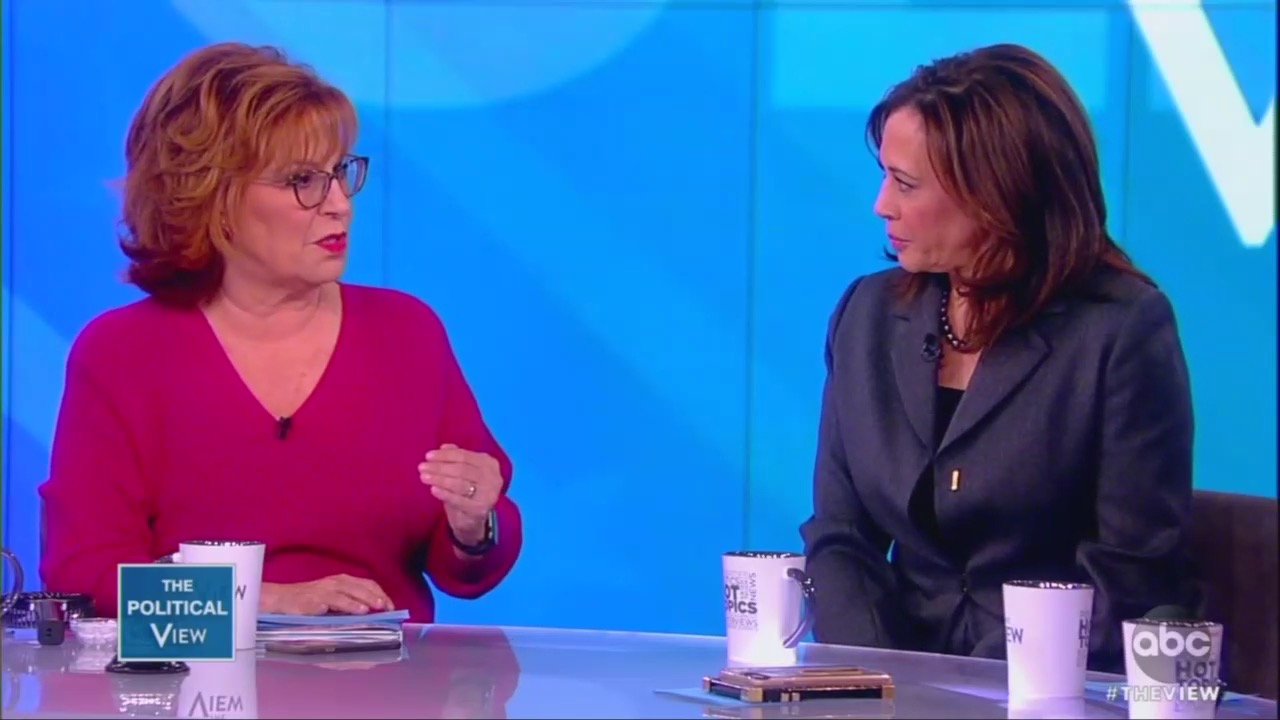 Democrat Senator Kamala Harris made the rounds on ABC Tuesday promoting her new memoir and aiding the media in bashing President Trump for addressing the nation tonight about the need for a southern border wall. Though she did not make a formal announcement if she was going to run for president in 2020, the liberal hosts at The View treated her as if she were already a candidate, comparing her to Hillary Clinton and pleading with her to stop President Trump. Joy Behar also demanded the networks delay and fact-check Trump like CNN does, in tonight's border address.

Immediately when Harris sat down at the table, the hosts eagerly asked if she was running for president, as did ABC anchor George Stephanopoulos on today’s Good Morning America. She disappointed her loyal media fans in declining to answer. Still, the hosts treated her as if she were running already, comparing her to Hillary Clinton and asking her fawning questions such as:

ABBY HUNTSMAN: If you were to run against President Trump who does make comments about women and their appearances, how do you handle that? How does someone in your position that likes to handle things, to rise above it all can you survive in that environment, can you be successful by not going down in the mud?

However, co-host Joy Behar saved the best for the last part of the interview, pleading with Harris and her peers in the Democrat party to save America from Trump’s “lies” about the border:

“We are now in day 18 of Trump's shutdown. Let's call it what it is. It's his shutdown,” Behar griped, before following Don Lemon’s lead in ludicrously advising the networks to delay Trump’s speech so they could censor and edit his speech in real time. She pleaded with Harris to do something about his "lies:"

“He's going to give a speech tonight. There's gonna be a lot of lies in the speech. You know, we know that. The networks, to my opinion need to like chyron the truth and have a delay so that they can say the truth. But what if he is effective? What if he actually convinces people of these lies? What will the Democrats do?” Behar begged.

Harris agreed, also echoing Lemon in bashing Trump’s “propaganda” about illegal immigrants and the problem at the border. She went on to claim that the border was Trump’s “vanity project” and “own problem” that he “created,” and that a wall wouldn’t do anything anyway, to an enthusiastic Behar’s agreement.

HARRIS: And it is a problem of his own making.

“That wall ain't gonna stop them!” she added, laughing as the audience and liberal hosts agreed.