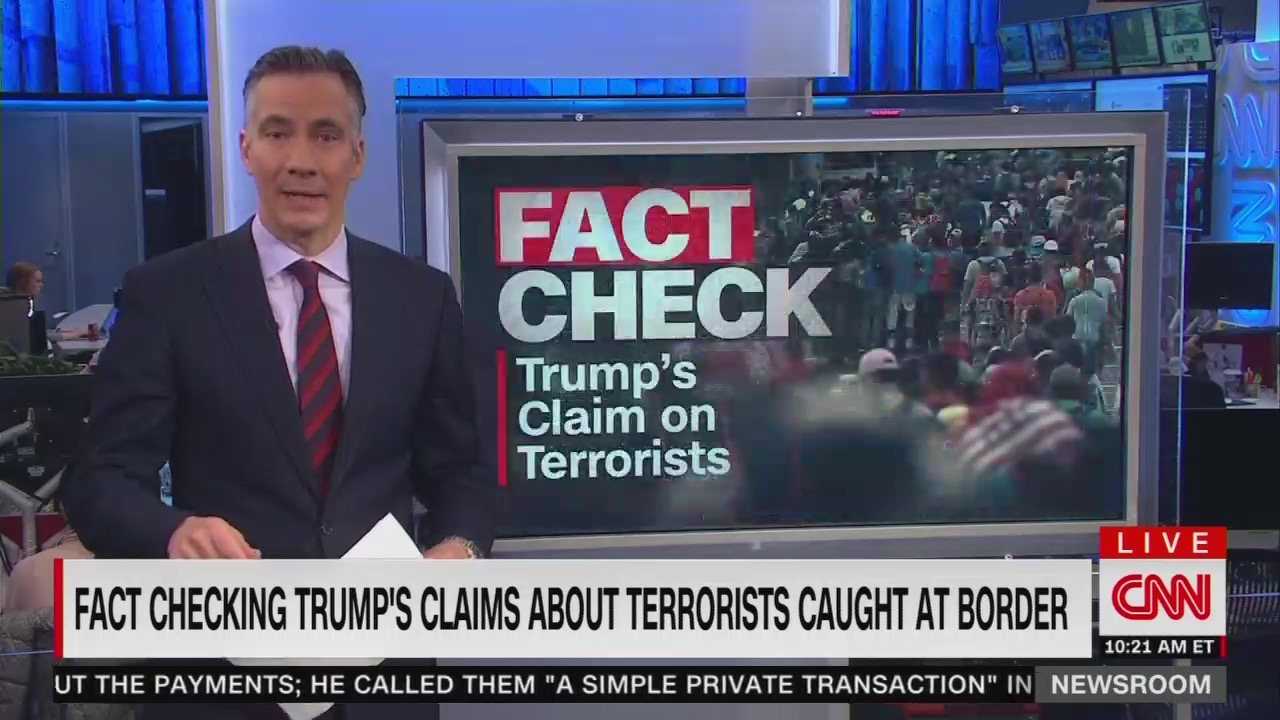 CNN’s Jim Sciutto was one of the many journalists this week who attacked President Trump’s comments about border security during his meeting with Nancy Pelosi and Chuck Schumer Tuesday. Sciutto even did a whole segment “fact-checking” the president on Wednesday’s CNN Newsroom. Unfortunately for him, actual experts from the Department of Homeland Security (DHS) called out his reporting on Twitter with a brutal comeback.

The former Obama staffer turned CNN host took to Twitter to brag about his “fact-check” of Trump’s claims about DHS stopping terrorists at the border, dismissing it as fear-mongering. “In fact, DHS did not provide evidence of a single terrorist caught on the southern border over the last short period of time as the president claimed; this is not the first time that the president implied that the wall is necessary due to the terror threat,” he sneered in that segment:

Pres. Trump said yesterday "10 terrorists" have been caught at the border. @jimsciutto's fact check: “DHS did not provide evidence of a single terrorist caught at the southern border over the very last short period of time as the president claimed” https://t.co/a1nCtEFR3s pic.twitter.com/O0Jh9JVDld

But DHS spox Tyler Q. Houlton embarrassed Sciutto by pointing out that CNN never contacted them and that terrorists, among others, are a real threat:

We are happy to provide the facts -- but you never reached out. In fact, DHS prevented 3,755 known or suspected terrorists from traveling to or entering the U.S. in FY 17. That's in addition to 17,526 criminals, 1,019 gang members, and 3,028 special interest aliens. #FactsFirst https://t.co/4naI8XOg9x

Heather Childers highlighted the media’s reporting on this issue and the DHS spox’s comments on Thursday’s Fox and Friends, saying, “[T]here've been discrepancies about the numbers and the work being done at the border,” before reading off the tweet.