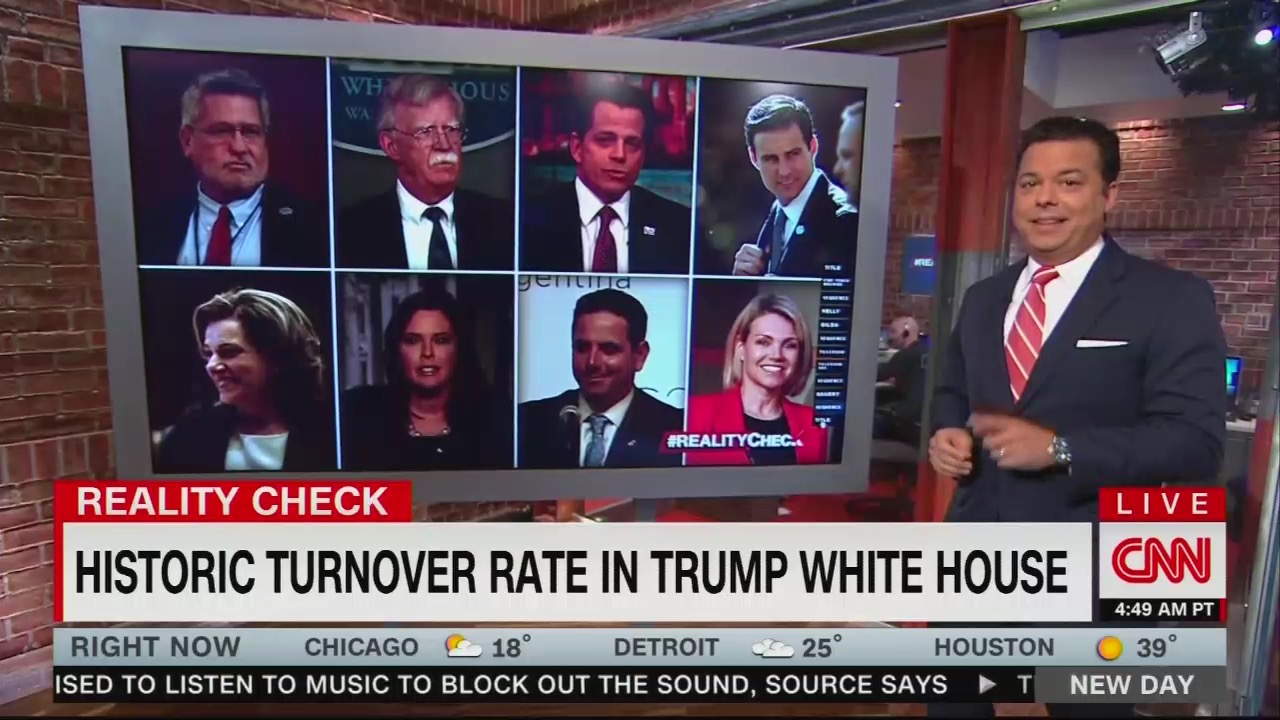 CNN spent another segment on Monday’s New Day, mocking Trump’s pick of State Department spokesman Heather Nauert, to replace the departing U.N. ambassador Nikki Haley. Nauert used to be an anchor for Fox and Friends before joining the Trump administration in 2017 and was an ABC News correspondent before that.

AVLON: Anyone concerned about the C team heading on to the field got a taste of the coming attractions with appointment of State Department spokeswoman and former “Fox and Friend” Heather Nauert as U.N. Ambassador. If she is confirmed, that would bring the number of Fox & Friends employees and contributors who wound up in the Trump administration, to at least eight, and that's your reality check.

ALISYN CAMEROTA: Oh my gosh John when you put it all in one place, it's really helpful to see the amount of turnover. It's not that he only hires the best people or he later recants in terms of his feelings about them. Thank you very much.

JOHN BERMAN: You say that as the future ambassador of agriculture.

CAMEROTA: I am angling to are ambassador to Italy.

It can’t be stated enough how the media has overlooked their own partisanship in this matter. With all the hand-wringing over eight Fox News journalists going to work for Trump, a whopping thirty journalists, not including contributors, went to work for Obama when he was president. So when Brian Stelter bemoans the “merger” between one network and President Trump that is “bad for America,” did he feel that Obama hiring nearly 4x as many journalists, or CNN hiring multiple former Obama officials was “bad for America,” as well?